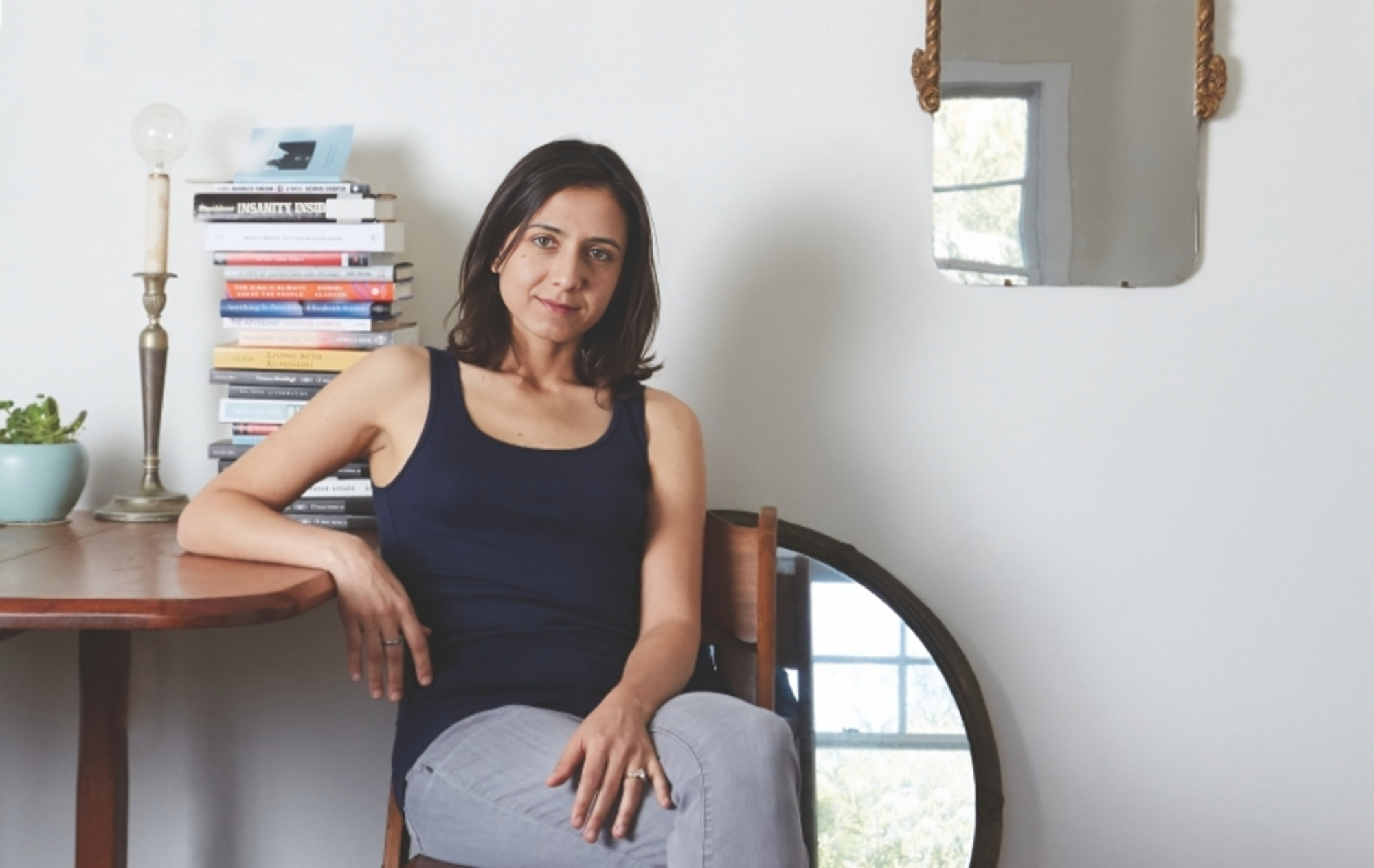 In 2022, the curious ‘sad girl’ trend appeared on our Instagram and TikTok feeds: its hashtag collects videos and photos of young women indulging in grungy and gloomy aesthetics and in the enveloping decadence of Lana Del Rey’s, Phoebe Bridgers’ and Fiona Apple’s music. As with any trend, it doesn’t only involve the spheres of fashion and music, but also of literature: many writers were warmly recommended by numerous websites and online reading communities, from the classics of Sylvia Plath and Emily Bronte to the contemporary voices of Eliza Clark and Raven Leilani (acclaimed authors of Boy Parts and Luster respectively). But there’s one book in particular that enjoyed a renovated success: My Year of Rest and Relaxation by Ottessa Moshfegh.

‘Sad girl’ books often focus on the character of a stone-cold, angsty woman. And Moshfegh’s work – first published in 2018 – is no exception: the protagonist is an unnamed girl living alone in New York City at the beginning of the 21st century who, in an attempt to fix her extreme distress and dissatisfaction with life, decides to self-isolate and sleep for a whole year. Her physical attributes label her as the ideal woman of the early 2000s – young, thin, blonde and rich -, but these privileges hardly corresponded on a personality level. Since the first pages of the book (which develops as a first-person narration), we’re faced very clearly with the protagonist’s mind: she’s cynical, pessimist, spoiled and lazy; her behaviour towards people – especially her only friend Reva – is rude and careless. This extreme anger and negativity can be hard to digest for some readers, but this is also what makes the story interesting.

The turning point of the book is the encounter with Dr Tuttle, an incompetent therapist who becomes an involuntary accomplice in the protagonist’s plan: while the latter falsely claims growing insomnia episodes, the psychologist prescribes her (always stronger) sleeping pills. The protagonist’s apartment becomes a laboratory where she experiments with any meds available to her, mixing them and taking notes of their bizarre side effects. Once ready to embark on this weird healing journey, she resigns from her job and goes on a year-long hibernation, from whom she only wakes up for a few minutes to eat and take more pills. 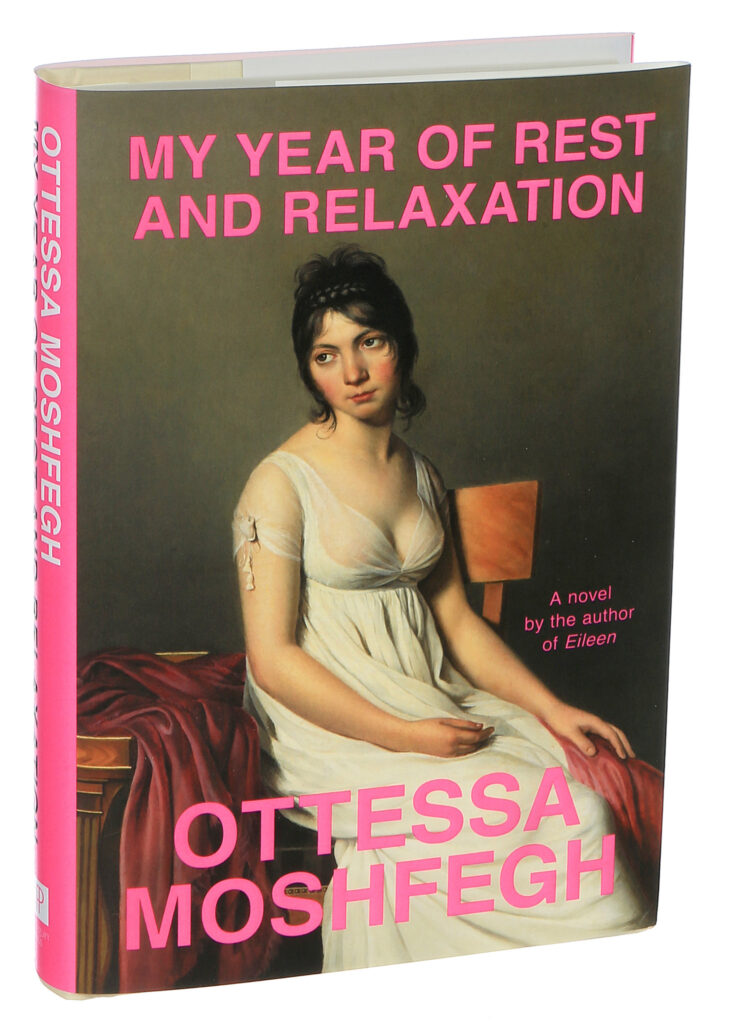 My Year of Rest and Relaxation Book Over

It’s important to highlight that this short novel is not only about a bizarre self-healing method, but it’s also a notable exercise of internal monologue and a cruel satire of America’s attitude towards mental health, as well as a mockery of the hedonist and exclusive late-90s/early-00s art world. Throughout the book, we’re given a better understanding of the protagonist’s familiar background, as her absent parents are the main reason behind her lack of emotional intelligence, respect for other people and self-esteem – as shown in the twisted relationship with her boyfriend Trevor. Her wide financial resources (obtained from her parents under sad circumstances, as the readers will find out) give her the possibility to access the medical care she needs – despite how arguable and inappropriate it can be; this element underlines the bitter and now well-known American reality where only those with money can afford healthcare, as well as the scary ease with which some doctors prescribe potentially harmful medication without properly visiting their patients.

Moshfegh’s satire reaches also a more sociocultural level: at the beginning of the story, the protagonist, being an art history graduate, works listlessly for a contemporary art gallery that exhibits and sells mainly meaningless and obscene works. Here we have the description and brutal caricature of a rotten industry, controlled by hypocrites, where lazy rich kids come up with shocking and conceptual ideas, which legitimise their success and growing wealth: one of them is Ping Xi, a young artist represented by the gallery, who agrees to assist the main character during her hibernation in exchange for being allowed to conduct an art project/experiment while she sleeps.

Another relevant character is Reva, who insists on considering the protagonist her best friend despite being constantly treated badly by her. Reva comes across as naïve, insecure and caring: she also struggles to lead a satisfying and happy life, and her unexpected and sad epilogue makes the end of this novel particularly gut-wrenching and heart-breaking.

My year of rest and relaxation is not a book for everyone: the writing is raw and maniacally meticulous in the description of the endless loop of coffee, mindless film-watching, sleeping pills, side effects, negative thoughts and emotions, surreal situations, idleness, anger and bitterness, which might be hard to digest for some readers. But for the more intrepid ones, Ottessa Moshfegh’s work can be a challenging experience and an excellent look into the depths of “sad girl” literature, where lightness is an illusion and an intriguing, weirdly seductive darkness is always around the corner. 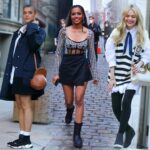