Tasmanian Tiger Could be Resurrected By Scientists

Scientists in the US and Australia have come up with an ambitious project to fulfil the promise to resurrect the Tasmanian tiger. The $15-million project was announced by the Texas-based genetics and biotechnology company, Colossal Biosciences. The company is also attempting to resurrect the woolly mammoth, founded by Ben Lamb and world-renowned geneticist George Church in 2021.

Also known as the thylacine, this carnivorous marsupial was despised by European colonizers who arrived in Tasmania in the 1800s and early 1900s. They blamed it for killing their cattle and sheep, prompting the arriving Europeans to slaughter them and exchange their skins for a bounty.

Turns out that they hunted so many that humans drove the Tasmanian tiger to extinction, with the last one neglected so much that it passed away in a zoo cage in Hobart, Tasmania. However, some people believe (and hope) that there is a small number roaming in the remote Tasmanian wilderness. While this is by no means confirmed, there are some parts of Tasmania so remote and away from humanity that it’s possible that some specimens remain. De-extinction works not exactly by reviving anything, but by creating new versions of extinct species. Australian scientists have been interested in bringing Tasmania’s lost predator back from the grave.

There were some early attempts to clone the animal using the DNA from museum specimens, but the project didn’t attract multi-millionaire funding until the present day.

The company is working with Andrew Pask from the University of Melbourne, who has sequenced the thylacine genome. This is an ideal project, as per Pask’s admission, because the Tasmanian tiger went extinct recently and good-quality DNA is still available.

The first resurrected creature could be 90% thylacine, and future ones ideally would be 99.9%. Once the engineered animals are monitored in an enclosed area, Colossal Biosciences will release a genetically-diverse population of an estimated 100 thylacines into the wild. However, the project could take up to a decade in the best-case scenario.

Others are skeptical about the possibilities of the resurrection, claiming that the possible creature would be as different from a thylacine as a cat is from a dog. But, there are potential benefits to the resurrection, as the Tasmanian tiger could help pick off overabundant herbivores, including wallabies and kangaroos. 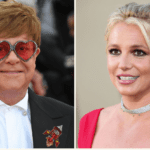