Is the Locke & Key Final Season Worth Watching?

Hidden around Key House are magical keys that grant abilities to their users, but adults can’t remember the magic being used. As more keys are discovered, the three Locke siblings discover that they are not the only ones searching for the keys.

The primary antagonist of Locke and Key S3 is Captain Frederick Gideon (Kevin Durand), a British commander who wants to get his hands on the magical keys inside the Locke House.

While the show has been praised from season one for its performances, most critics have lambasted the third season with an endless array of memes, jokes, and satire.

Bode’s (Jackson Robert Scott) character was accused of being butchered. Despite everything that’s happened to him throughout the series, he never lost the inquisitive charm and exuberant cheerfulness that endeared him to fans. In season 3, he was made one of the most arrogant characters in the show.

On the other hand, Locke & Key has always been a show with an intriguing overarching storyline: the mystery of the keys. Defeating the villains and solving the murder of Bode’s father has always been second to finding out all about the ever-powerful keys, providing their users with powers such as super-strength, or bringing demons back to life. 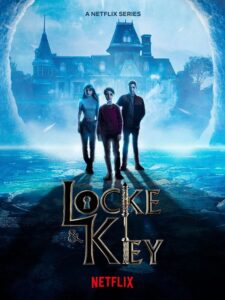 Locke & Key is also one of Netflix’s most visually pleasing shows. Season 3 offers impressive visual design to help the audience overlook some glaring plot holes and contrivances. For example, how do these characters manage to lose or just leave unattended so many of these all-powerful magical artefacts?

The main characters are young, but they constantly hold the idiot ball to move the plot forward in the direction desired by the showrunners.

Season 2 is also riddled with plot holes that boil over in the subsequent season, making it a narrative stew of incongruent dialogue. Without going in-depth into spoilers, there are some intriguing, tense moments in the story, though it seems rushed more often than not.

The first seasons captured the suspenseful tone the comics had, but that doesn’t translate well to the third. Sometimes, the character’s decisions kill the suspense, or the plot holes confuse the audience.

The good thing is that the show ended on an emotional note, despite not making much sense. All of the characters end up happily, and even at its lowest points, it’s an entertaining summer binge for Netflix, certain to keep you guessing what’s going to happen with the keys.