With the recent announcement of catastrophic climate damage, if humanity doesn’t change its habits in a couple of decades,  it’s hard to feel hopeful for the battle against climate change.

Yet, humanity never ceases to amaze us in its efforts to make it easier. The first thing

Rerocrd Coral Cover has been spotted across much of the Great Barrier Reef, which has been recovering from past storms and mass-bleaching events.

As per the Great Barrier Reef Foundations, when corals are under stress, they release the microscopic algae that inhabit their tissues.

Without these algae, their tissues become transparent and expose their white skeleton.

Contrary to popular belief, bleached corals aren’t dead, but they might as well be as close to death as possible. They are at high risk of starvation and disease.

Rising ocean temperatures are the principal cause of coral bleaching; even a slight increase of a couple of degrees Celsius can trigger bleaching.

Increased sun exposure and changes in water quality can also cause coral bleaching.

Most of the bleaching has been caused by marine heatwaves, an unknown phenomenon until 1998. Most of the blindingly fast bleaching we encounter today has happened in the last seven years.

The good news is that the Great Barrier Reef is on its way to slightly recovering from years of past storms and mass-bleaching events.

AIMS Chief executive Paul Hardisty mentioned in the reported data that the 2020 and 2022 bleaching events were extensive but not as intense as the ones of 2016 and 2017.

In 2017, the reef experienced such unprecedented bleaching that two-thirds of it were affected, though luckily, the southern sector was spared both years.

Did the pandemic have something to do with the way we engage with climate change? Some scientists believe that, for the first time in decades, there was some respite given by humanity to planet Earth.

On the downside, the new coral is weaker to future devastating climate events and impacts, per the Australian Institute of Marine Science (AIMS).

This would be the highest recovery for the reef in 36 years. Most of the coral which has grown is a fast-growing branch known as Acropora.  They are also easily destroyed by crown-of-thorns starfish.

Given how the fight for climate change is still, unfortunately, in its initial stages, it might mean that the recovery of the Great Barrier Reef might not be permanent.

Still, any recovery is good news and should be celebrated. Hopefully, more coral will recover in the following years. 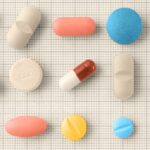 August 15, 2022 Depression is not Caused by Chemical Imbalance says Study
Next post