Ahead of the final movie release of the Harry Potter series, Harry Potter and the Deathly Hallows Part 2, J K Rowling announced that Albus Dumbledore, the beloved headmaster of Hogwarts, was gay. The news delighted many hardcore fans of the Wizarding World as it confirmed their suspicions to be true. For a central character of one of the world’s biggest franchises to be gay, meant incredible exposure. And, as many rejoiced the news, little did we know this would mark the beginning of a turbulent relationship between LGBT+ fans and the creator of the very world that once comforted them. 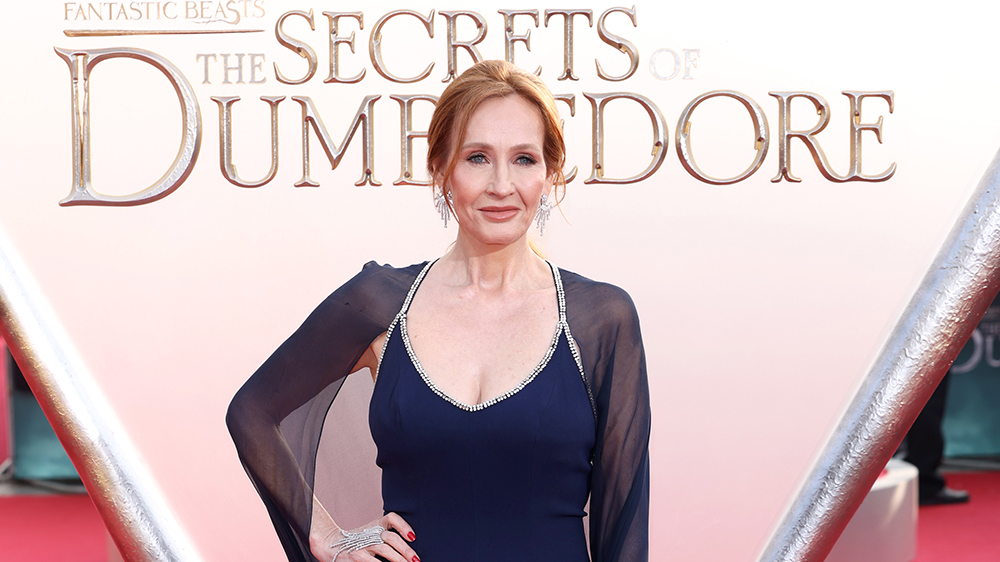 Harry Potter and the wider wizarding world have long been a place for queer people to find escapism and acceptance. The underlying thread of J.K Rowling’s work is the championing of the underdog and the triumph of good over evil. But, over the past few years, Rowling has positioned herself to be a real-life villain after consistently attacking the Transgender community in a series of ‘triggering’ attacks.

In 2020, J K Rowling broke her notoriously inactive Twitter account to mock trans people. Tweeting, “‘People who menstruate.’ I’m sure there used to be a word for those people. Someone help me out. Wumben? Wimpund? Woomud?” She continued, “If sex isn’t real, there’s no same-sex attraction. If sex isn’t real, the lived reality of women globally is erased. I know and love trans people, but erasing the concept of sex removes the ability of many to meaningfully discuss their lives. It isn’t hate to speak the truth.” LGBT+ charities and activists quickly responded on social media, saddened by Rowling’s harsh words on a community who are increasingly used as a scapegoat in political narratives.

But, Rowling didn’t stop there. That same year, the author also outlined “five reasons for being worried about the new trans activism,” on her personal website. The two core ‘attacks’ found in the essay are suspicions that young people who decide to transition often come to “grow out” and regret their “decisions.” She also is fearful that, for example, opening the doors of women’s restrooms to “any man who believes or feels he’s a woman,” means “open[ing] the door to any and all men who wish to come inside,” jeopardizing female safety.

The comments armed critics, labelling the post as a T.E.R.F bingo card: T.E.R.F stands for trans-exclusionary radical feminist – which is a brand of feminism which excludes transgender women from its push for equal rights.

J K Rowling then followed up with a strange comparison between conversion therapy and antidepressants, “Many health professionals are concerned that young people struggling with their mental health are being shunted towards hormones and surgery when this may not be in their best interests,” she argued. “Many, myself included, believe we are watching a new kind of conversion therapy for young gay people who are being set on a lifelong path of medicalization that may result in the loss of their fertility and/or full sexual function.”

In a time when Central and Eastern European governments are using the transgender debate as a way to generate hatred in upcoming election campaigns, Rowling has indirectly offered herself to be the champion of Transphobia. In March of this year, Vladimir Putin – in a televised event – used the British author as an example of the West’s rampant “cancel culture,” which threatens Russia’s 1,000-year history. This unexpected statement from dictator, Putin, highlights the sheer power and weight of Rowling’s words.

Even though the Harry Potter film series is over, Rowling is still profiting from and is heavily involved in the creative process of Fantastic Beasts: a spin-off movie series exploring the history and multitudes of the wizarding world. Ironically, the latest movie to be released is Fantastic Beasts: the Secrets of Dumbledore – which delves into the lives of the infamous gay wizard. Despite receiving a strong critical reception, the movie completely tanked at the box office and experts are suggesting that J.K Rowling’s antics are partly to blame.

“BOYCOTT FANTASTIC BEASTS!” shouted one Twitter user. “The Fantastic Beasts movie is fighting for its life,” says another. “The magic is gone,” one former fan mentions.

And, it looks like the movie is a financial flop as it has been reported that the movie had the worst opening night at the US box office of any Harry Potter film, making only $43 million in its opening weekend. By comparison, 2016’s Fantastic Beasts and Where to Find them raked in $74 million, while the follow up clawed back $62 million in its first weekend.

Of course, there are a variety of factors in play which can account for the poor performance. Which includes Johnny Depp’s removal from the casting, and the general lack of cinema buzz following the pandemic.

For generations, Harry Potter has been a nostalgic pocket of happiness and escapism. Harry Potter spawned a loyal international fan base that could be found in all corners of the globe. But for queer people, in particular, the series was a security blanket and a means of channelling acceptance. Rowling’s vile Twitter rants have meant that fans are now consuming Rowling’s material from a new enlightened perspective. Rowling’s words have worn off the magic, and for many, it can’t be undone.

May 6, 2022 Scientists Find Breakthroughs in Breaking Down Plastic in Days
Next post