In 2020, I returned to my adopted home of Seattle, Washington. I had left Seattle for the Washington D.C. area, particularly an area of West Virginia where some friends lived and I was excited to experience the East Coast and a lower cost of living. I was fortunate in that I met someone while I was out there. I didn’t really save any money, but the relationship was good. However, when we broke up just before the pandemic, I found myself on the road.

Then, in September 2020, I returned to Seattle. I didn’t really intend to live in Seattle again, moreover, I didn’t intend to live in downtown Seattle. But, there was so little to rent that when I found a place that was reasonably priced, I took it on sight unseen. It’s been a mixed blessing. What it has done is put me right on the front lines of what is going on in downtown Seattle. You’ve likely heard quite a bit on the news about downtown Seattle and other West Coast cities. So, I want to give you a perspective of someone on the front lines. 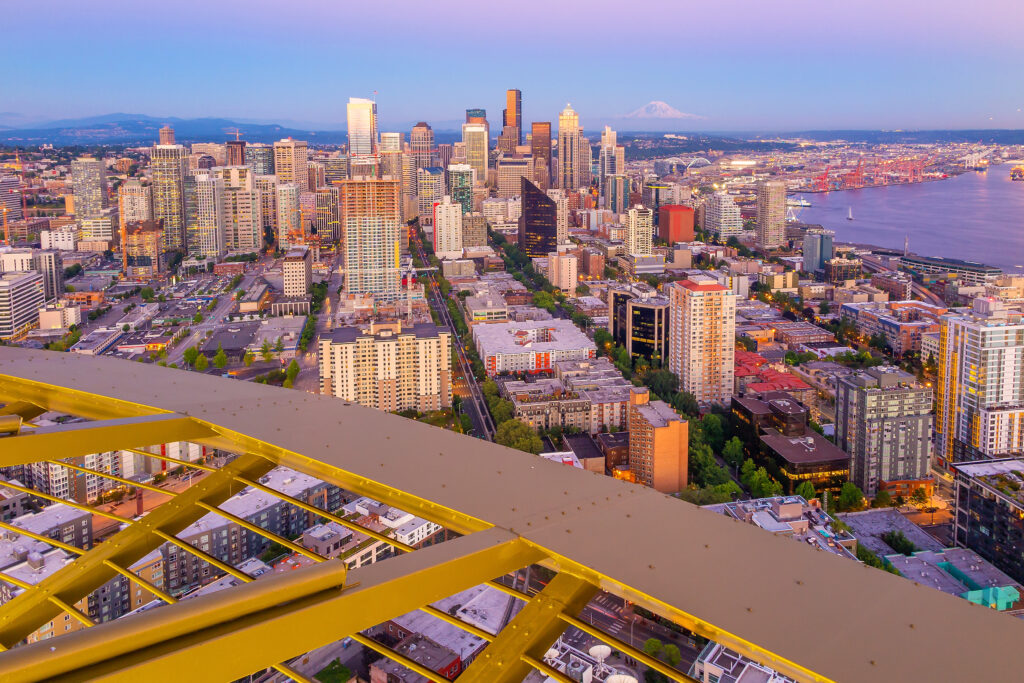 I would like to start this section off by saying that in February, my car was broken into. The passenger side window was busted in, and they got some clothes, a blanket, and little else. The cost to replace the window and get all the glass out of my car and my transmission tunnel was $1,200 and the insurance company didn’t really pay for the repair. As there is no parking at my building, I park on the street and this particular night there was no street parking to be found. So, I parked in an area that is always full during the day but is often empty at night. It also happens to be between two tent cities where our houseless neighbors live under tarps and other forms of asymmetrical shelter. I wasn’t particularly angry about the situation. I knew my turn was going to come. I saw the glass on the pavement regularly and I had seen other cars with broken-out windows.

The reality on the ground is not quite as dire as many news stations would have you believe. Is there crime? Yes, I was a victim! Are there drugs being done in the open air? Yes, sometimes depending on where you drive and where the houseless neighbors are living right now. Are stores having to hire security or move people along more? Yes, that’s the reality of living in the downtown of a major city in most places in America. For Seattle, the drug problem is long-term and pronounced. We are the last stop for heroin coming up the West Coast and other drugs are made locally and also abound. The bus station on 4th, which also connects to the light rail system, is a market where any drug can be bought. KOMO 4, our local ABC affiliate, did a story on this and I can verify that is a real thing. That transit station is rough.

There are streets south of town full of RVs and other vehicles where people are living. There is one person who has created a two-story condo in the back of a truck behind a marijuana dispensary on 3rd, next to the rail yard. Honestly, it’s quite impressive. In the houseless city nearest my building, there’s even a gentleman who has installed both heating and air conditioning. It is a rather ingenious set-up between two trees.

Driving around downtown, you will see people from all walks of life. And, the crime situation is real, but it’s not the cesspool that some news outlets would have you believe. The city is not collapsing. The water still works, the power stays on, the trash is getting collected, and the mail is delivered.

One of the things I’ve noticed since I moved back was how much more diverse Seattle had become. There were so many more people around me that weren’t white. It was a bit jarring at first, but I’ve grown quite used to it. I am brown myself, so I have no reason to fear. If anything, it’s rather nice. I asked another local about the change in demographics, and she remarked that “…during the pandemic, a lot of the professionals moved out of town or to the east side (meaning Bellevue/Renton/Auburn).”

I noticed it first when I arrived in 2020, but as I’ve lived here, it has become even more pronounced. I think in time it will make the city more vibrant! Seattle is already is a diverse city, and over a dozen languages are spoken, but it still has more white residents than other cities of comparable size.

As much as we don’t like to say it, I’m confident that the situation with houselessness and crime has only contributed to professionals’ move to the east side, which is where T-Mobile, Microsoft, and other tech companies congregate. There is also the cost of housing, which, around the Seattle area, is sky-high. Rents start at $1,600 and the price of the average house is over half a million dollars. Prices on the east side aren’t that much better, but there are deals to be had, far more than in Seattle property. And, with the 520 bridge and the I-90 bridge, it’s easier to commute for people still working in Seattle. The light rail that will link Bellevue to Seattle opens next year too. It is easy to see why people moved out. 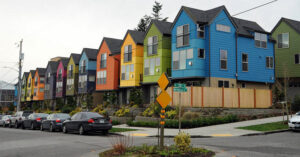 Taken together, I’ve enjoyed living in downtown Seattle. It is very cool to be near all the venues. Although the pandemic has decimated restaurants and bars in downtown Seattle, I have been able to enjoy some great places like The Purple Cafe. I’ve also had a chance to see Fran Leibowitz and Kathleen Madigan and have Lewis Black tickets in October. I can leave my car behind and walk (if I want to do the hills) or it’s a cheap Uber ride and I can walk from there. It’s been a fun and delightful experience to be close to that. I can get all the food I want delivered in minutes. It has been great fun.

I want to stay in Seattle, but I am looking to our suburbs for something that is bigger and that has proper parking. I will be able to come and go as I please with safety. Will I miss the vibrancy of the city and being so close to everything? Yes. Will I miss being situationally aware when I walk three blocks from where I park back to my building? No. I have enjoyed my time in downtown Seattle, but like many others, I think it’s time for me to flee to the suburbs.

November 18, 2022 Marijuana is Now Available for Delivery in Toronto
Next post