Gerard Piqué expresses displacement at divorce terms with Shakira, and despite frequent negotiations, neither celebrity seems to be getting anywhere

During the last negotiation, where they discussed their kids’ custody, Piqué stood up and left the meeting. The Catalan player hoped to end their discussions of the divorce last week but hasn’t had any luck coming to terms with his ex-wife.

La Vanguardia stated that Piqué arrived at the office of their lawyers, Ramón Tamborero and Pilar Mane, after 18:00 and left at 19:50 with a stern look on his face.

On the other hand, Shakira left the attorney’s law to be welcomed by fans who applauded her on the street and have not stopped expressing support nor warmth for the Colombian singer. “We love you, please don’t go” cheered the crowd of fans throughout the streets of Barcelona.

According to La Vanguardia, Piqué has growing frustrations against Shakira, due to obstacles she’s put in his way to reaching an agreement. However, despite the increasing tensions, both celebrities have stated they want to avoid going to trial as they don’t want to have to appear in front of a judge. Gerard Piqué was allegedly caught cheating, and Shakira supposedly received calls from the women who were involved in the affairs. Supposedly, one of the women was a blonde hostess in her twenties.

Piqué is currently staying in a bachelor pad and partying hard ever since their split. Other women from past years have come forward to reveal their part in his affairs.

Should they reach an understanding about the custody of their children, Milan and Sasha, could either move with Shakira to Miami or stay with Piqué in Spain. At the moment, the children are enrolled in school in Spain.

Shakira entered her relationship with FC Barcelona centre-back Gerard Piqué, who is ten years her junior and shares her birthday with the singer. They’ve been listed by Forbes in their compilation of World’s Most Powerful Couples, though after twelve years together, they stated they would separate in 2022. As expected from their romantic breakup, the two will have to come to an agreement regarding their shared net worth and assets.

To further complicate matters, the economic side of the separation has paused to provide some respite to the children, taking into account their summer holidays.

In an unrelated situation, Shakira’s also possibly facing up to eight years in prison in a case where Spanish prosecutors accused her of tax fraud. She has already paid around $17.5 million to the Spanish tax office to settle her obligation.

It’s certain to say that 2022 hasn’t been full of positives for the Queen of Latin Pop, but her fans are adamant about providing her with cheers and applause. 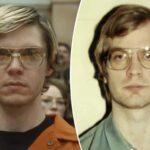