The recent 74th Emmy Awards were a big night for HBO drama Succession, created by Jesse Armstrong. The third season of the hit series picked up the final prize of the night, the prestigious ‘Outstanding Drama Series.’ The same prize that the series’ second season won in 2020 although its first season was beaten by the final season of Game of Thrones.

This year, the show beat out other fan favorites to the prize such as Better Call Saul, Euphoria, Ozark, Severance, Squid Game, Stranger Things, and Yellowjackets. However, in a week where the world has been focused on the theme of successions, following the death of Queen Elizabeth II and the subsequent hereditary ascension of King Charles III to the British throne, Succession might also take the crown for the most clever joke of the award ceremony.

While accepting the award, the show’s creator Jesse Armstrong took a moment to criticize the British monarchy and quipped, ‘It’s a big week for successions, a new king in the UK, this for us. Evidently, a bit more voting was involved in our winning than for Prince Charles. I’m not saying we’re more legitimate in that position than he is. We’ll leave that to other people. ’ 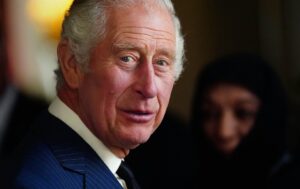 Succession is currently heading into its 4th season, with 10 episodes, which will see the sale of Roy’s company, Waystar Royco to tech entrepreneur Lukas Mattson, played by Swede, Alexander Skarsgård.

Aside from Armstrong’s joke, the LA-based awards show made no reference to the recent death of Queen Elizabeth II, although it did cancel several of its pre-show parties. However, the Canadian consulate postponed its Emmy celebrations out of respect to the Queen. 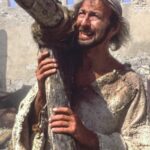