Fans of Camp Half-Blood and the Riordanverse rejoice worldwide, as justice will finally be done to their favorite saga. The official trailer for the Percy Jackson Disney+ series has been released. Watch the trailer here.

The first teaser was shown at the Disney D23 and included the narration of the first couple of lines from The Lightning Thief, the first book in Rick Riordan’s Percy Jackson and the Olympians book series. Many fans tweeted pictures of the opening paragraph from the book to show their appreciation for the preview.

The trailer features incredible backgrounds and animations, bringing the haven for demigods, centaurs, cleaning harpies, and satyrs to life.

Part of the criticism towards the previous films was how they took the essence of the Percy Jackson books but weren’t faithful to the books. Percy Jackson, as played by Logan Lerman, was 17-year-old during that time, for example.

Either consciously or unconsciously, many fans are comparing the trailer to the original Percy Jackson movies by Chris Columbus and Thor Freudenthal, starring Logan Lerman as Percy, and Alexandra Daddario as Annabeth. However, The only books to be adapted for the big screen were The Lightning Thief and The Sea of Monsters. While Lerman and Daddario’s acting was well-received, the films didn’t capture the book’s coming-of-age and coming to terms with being a demigod the books had. Namely, PJO’s demigods tend to suffer from dyslexia or ADHD, many times both. Uncle Rick hasn’t even watched the movies himself, and even wrote a letter asking teachers not to show the movie during class time in 2016.

The second film even merged the plots of both the second and fifth books of the series, despite being box office successes and raising awareness around the book series.

Disney+ plans to follow a one-book-per-season format to do justice to the best-selling franchise. The trailer has been praised for its book-accurate background. Percy Jackson, played by 13-year-old Walker Scobell (The Adam Project), with his fellow half-blood Annabeth, daughter of Athena, played by Leah Saha Jeffries.

Percy’s best friend and companion satyr, Grover, will be played by Aryan Simhadri.

There are still a lot of questions about the series to be answered, such as its final release date, but what’s certain is that fan hype for the series is at an all-time high, with the #PercyJackson hashtag trending after D23. 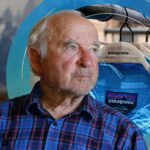 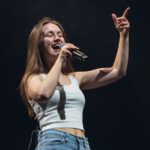