The office of the California attorney general, Rob Bonta, stated in the Amazon antitrust lawsuit how the company employed contract provisions to prevent sellers from offering lower prices for products on non-Amazon sites. This extended even to the sellers’ own websites, preventing other retailers from competing.

Amazon removed the ‘buy now’ or ‘add to cart’ buttons on product listing pages, displayed items lower or less prominently, and blocked new postings.  Due to Amazon’s near-Monopoly in the online retailer space, sellers would have to sell their products at higher prices on other sites or lose risking their business on Amazon.

The average Amazon seller would technically be better on Amazon’s good side than on their bad one, and many sellers complained about these practices throughout the years. Some users, mostly online sellers directly affected by the situation, have expressed satisfaction upon seeing the measures taken against Amazon.

As explained by Bonta in a statement, Amazon practically coerces merchants into agreements that keep prices artificially high, knowing that they can’t afford to say no to them.

The complaint mentions that Amazon coerces wholesalers into agreements that penalize them if Amazon lowers its prices to match competitors, or if their profit margin falls below a stated minimum. 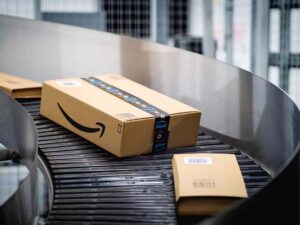 Despite Amazon’s claims that sellers set their own prices on the platform, they have also stated how they have the right to avoid highlighting products that aren’t priced competitively.

The main purpose of the lawsuit seeks to stop Amazon from getting into contracts with sellers that would harm price competition, and also seeks a court order to motivate Amazon to reimburse damages to the state for their increased prices, with no further information on how much money they are seeking.

A similar lawsuit was filed by Washington, D.C. against Amazon in May 2021. They won dismissal of it the lawsuit earlier this year, but California’s lawsuit is based on different laws. They can’t agree to offer lower prices on Walmart, Target, eBay, or even their own websites.

There are over 200 million users are Prime members, and Amazon is currently the world’s largest online retailer and grew even bigger during the pandemic.

In a statement for CNN, the California Attorney General has it backward, and sellers set their own prices for the products they offer in-store. The relief the Attorney General seeks would force Amazon to set higher prices for customers, going against the core objectives of antitrust law.