Bad Bunny is making a name for himself, especially at the Latin Grammys

Nominees for the 23rd Latin Grammy Awards were disclosed this Tuesday, and Bad bunny was revealed as the artist with the most nominations

Right after Benito comes Mexican producer and songwriter Edgar Barbara, with nine nominations. These include Best Pop Song for “Indigo” and Song of the Year.

Other nominated artists include Rauw Alejandro and Rosalia, each scoring eight nominations. Christina Aguilera and Jorge Drexler were next in line, each with seven nominations.

2022 has been a diverse year of success for Latin American musical artists. Reggaeton, trap, and house have been the most commercially successful genres during the past few years, but the present nominations give other genres, such as pop and salsa, a chance in the spotlight.

The fact that many top-scoring artists have explored other music genres with their most recent albums has also helped diversify the nominations, with Bad Bunny being a prime example.

While the Puerto Rican singer has made millions singing trap and reggaeton, Un Verano Sin Ti also mixes cumbia, mambo, bachata, dancehall, dance-pop, techno, and indie pop. If anything, it can be called an eclectic Caribbean mix.

The album includes 23 tracks and guest appearances from Chencho Corleone, Hay Cortez, Raum Alejandro, Tony Dize, Bomba Estéreo, the Marías, and Buscabulla. Un Verano Sin Ti broke records as the top-selling album of 2022 in the US. Bad Bunny called it “a record to play in the summer, on the beach, as a playlist.” It’s Bad Bunny’s second number-one album and second all-Spanish language album to top the chart. The album was met with critical acclaim, but part of its criticism was aimed at Bad Bunny drawing inspiration from the Dominican Republic, without any Dominicans appearing in the actual features. However, with Benito leading world tour sales by a wide margin in his current “World’s Hottest Tour”, it’s almost certain he’d take home a couple of Latin Grammys this time around.

The Latin Recording Grammy will occur on November 18 at Mandalay Bay Resort and Casino in Las Vegas. 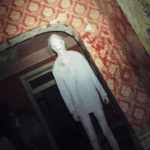