The Ukrainian leader, Volodymyr Zelenskyy, and the first lady, Olena Zelenska, have been highly criticised domestically in Ukraine and internationally as they appeared in the latest edition of Vogue Magazine. Despite the narrative of the article focussing heavily on war and their strong relationship, many critics are in agreement that the shoot is in bad taste, considering the ongoing war with Russia. 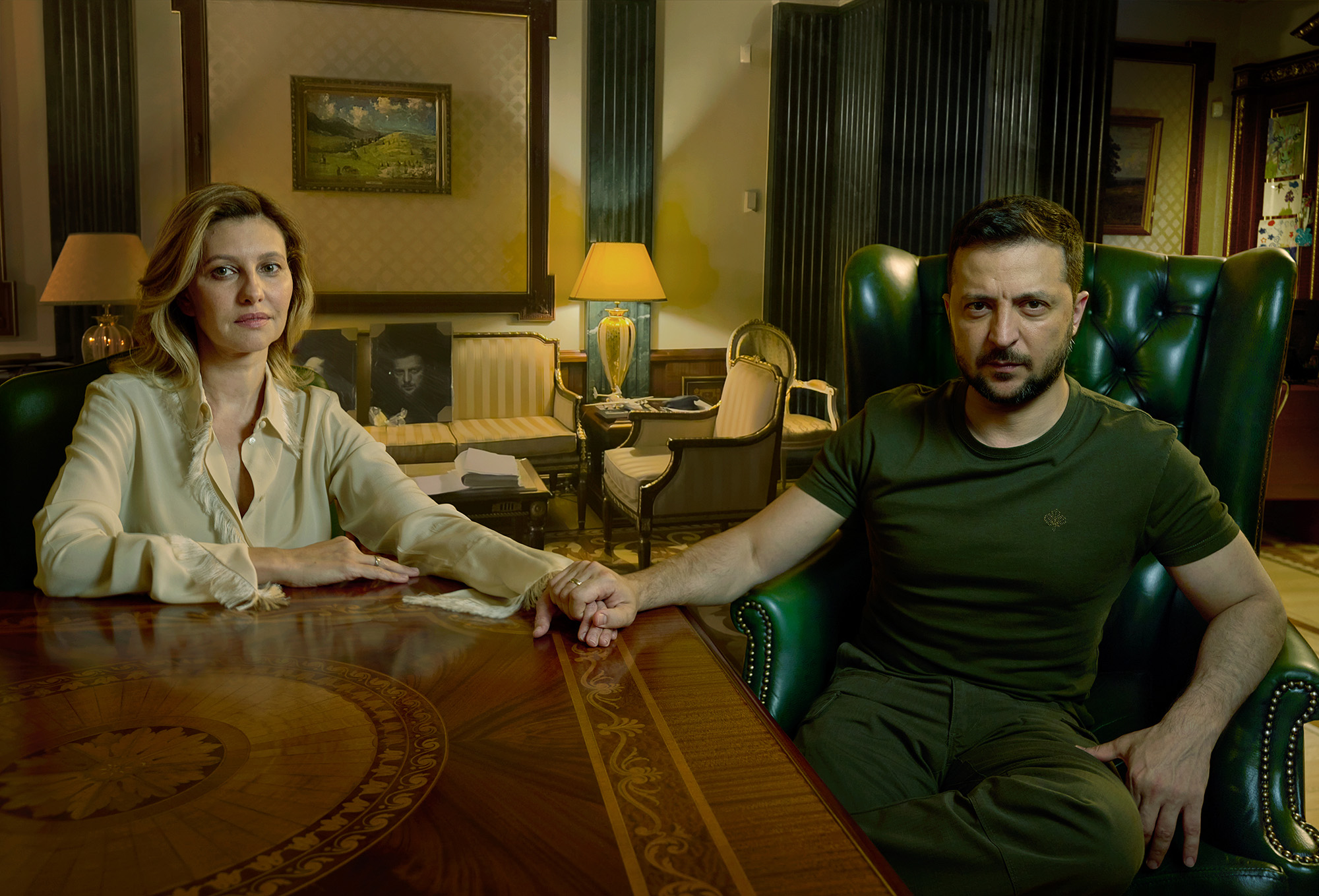 In the fashion magazine piece, the pair discuss the impact of war on their personal lives with respect to their relationship and family dynamic. “[the war] has been the most terrible months of my life,” said Zelenska. “Frankly I don’t think anyone is aware of how we have managed emotionally.” What inspires her, she told me, is her fellow Ukrainians. “We’re looking forward to victory. We have no doubt we will prevail. And this is what keeps us going.”

Volodymyr Zelenskyy was also present in the interview, expressing his concern for the safety of his family, and the country in which he was elected to protect. “Like any ordinary man, I have been worried sick about them, about their safety. I didn’t want them to be put in danger,” he said, referring to the time the family spent apart at the beginning of the war. “It’s not about romance. It’s about horrors that were happening here in Kyiv’s outskirts and all those horrors that are happening now in our country, in occupied territories.” He continued: “But of course, I’ve been missing them. I’ve wanted to hug them so much. I’ve wanted to be able to touch them.” 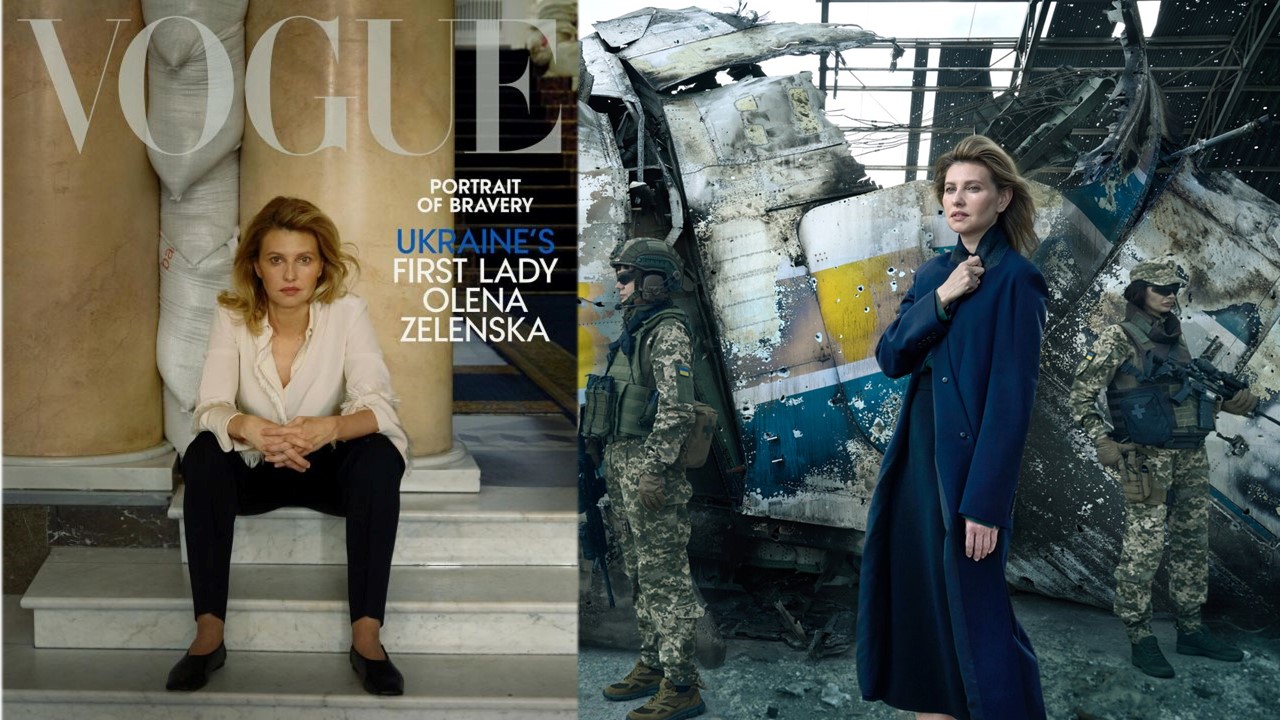 Despite the patriotic and well intentional content of the interview, the main areas of controversy lie in the photos themselves. The sheer fact that two are posing for photos with world-renowned photographer, Annie Leibovitz — in some cases next to military equipment — is infuriating many. “Has Zelenskyy forgotten there is a war going on,” says one Twitter user. “Ordinary Ukrainians are dying every single day in a war they can’t win while Zelenskyy is busy doing photoshoots for Vogue,” said Greg Price.

But, on the other hand, Ukraine’s future depends just as much on international support as it does on its own military strength. Therefore, all publicity is good publicity. And being on the cover of Vogue is huge international exposure for drumming up Ukrainian support, especially at a time when inevitable fatigue begins to creep into the media. “A big part of Zelensky’s job is doing as much PR for Western audiences as possible, to keep the war in the public consciousness,” said another account, who agrees with the tactics. “Ukraine needs to keep talking to the world to counter fatigue and disinterest,” says another corroborative voice. 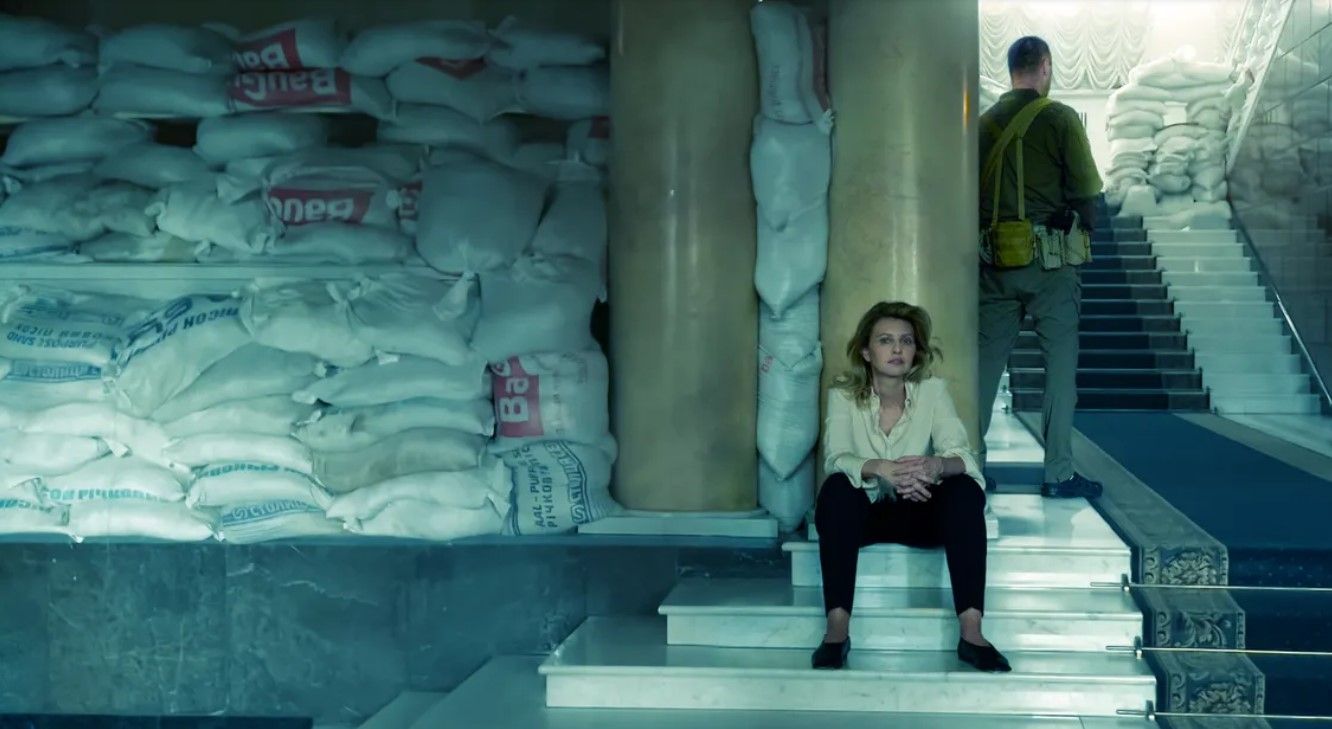 Olena in a shelter (India.com)

Since February of this year, Russia has launched a full-scale invasion of its neighbour, Ukraine. Over 6 months later, thousands of innocent people have lost their lives. Each day, that number increases, whilst missiles destroy important Ukrainian infrastructure, including hospitals and schools. In order to win this war, momentum is needed on all fronts: military and media. Exposure means more money, and strategists agree that money is crucial to winning a war and defending a nation.