The song new Beyoncé song HEATED has a lyric saying: “Spazzin’ on that ass, spazz on that ass.”

‘Renaissance’, the new album by Beyoncé released on July 31, has been near-universally acclaimed. The joyous, hedonistic lyrics and energy put into the album remind us of disco and house music from decades past, reimagined with Afrofuturistic tunes and melodies.

However, one track on the album featured the lyric “Spazzin’ on that ass, spazz on that ass,” which many people understandably found offensive.

Spaz comes from ‘spastic’, a medical term used to describe a disability that causes a person to lose control of their muscles. Singer Lizzo also had to remove the same word from her song “Grrrls” after suffering a similar online backlash.

Hannah Diviney from the Guardian tweeted, “So @Beyonce used the word ‘spaz’ in her new song Heated. Feels like a slap in the face to me, the disabled community & the progress we tried to make with Lizzo.  Guess I’ll just keep telling the whole industry to ‘do better’ until ableist slurs disappear from music.”

Both Lizzo and Beyoncé were practically labeled hypocrites who preach inclusivity and should do better than that. The debate reached out to the disabled community, as some users tweeted that they aren’t offended and that the term spaz wasn’t used as a slur and instead within the context of the Black community.

These users defended both Lizzo and Beyoncé on Twitter, recognizing how spazz is an ableist slur but is a word that has been in the Black community for years, communities both Lizzo & Beyoncé are part of, and just not it happens to be so offensive that they must remove them from their lyrics. Spazz is an African American slang that means wilding out or reacting enthusiastically about something.

Beyoncé herself told Insider that she didn’t use it intentionally in a harmful way. It’s good to know that she has acted swiftly to rectify the lyrics, though that didn’t stop a heated debate, no pun intended, from sparking on Twitter due to the backlash directed at the singer.

Her spokesperson confirmed that she would remove the ableist slur from Heated.

It’s certain that Beyoncé did not use the word as a derogative for people with cerebral palsy, but the fact that it happened so soon after another famous singer used the same word and also caused a controversy raises some eyebrows.

Ableism is discrimination in favor of non-disabled people, and includes using slurs against disabled people, or making assumptions about what a disabled person can or cannot do, whether it is for positive or negative reasons. 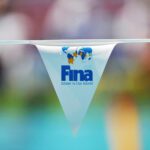 August 3, 2022 Transgender Women Banned from Competing Against other Women in British Sport
Next post August 5, 2022 Could the Spice Girls be Making Yet Another Comeback?