It feels like we are being overwhelmed with biopics recently. Rocketman, Bohemian Rhapsody, Elvis – how many more can we watch before we become uninterested? Sam Taylor-Johnson Hopes that you have room for one more, as the director has pretty epic plans to tell the beautiful but tragic story of Amy Winehouse.

Although the project is at a very early stage, there are some exciting rumours circulating. The biggest is that pop sensation Lady Gaga is reportedly eyeing up the role. At the moment, the majority of the speculation comes from social media. Fans’ imaginations are running wild, with posts highlighting how the singer-turned-actress is perfect for the role. “The only person who can play Amy Winehouse is Lady Gaga,” said one Twitter user.

Is there any truth to the rumours? Well, Amy Winehouse’s father – who controversially plays a primary role in Amy’s legacy – has given his approval for Taylor-Johnson to direct the movie. In a recent Instagram post, the 55-year-old said that the project is a “dream project to helm. I’m ready, lets’s go.” The post hints that a deal has already been finalised. But it is yet to be officially confirmed. 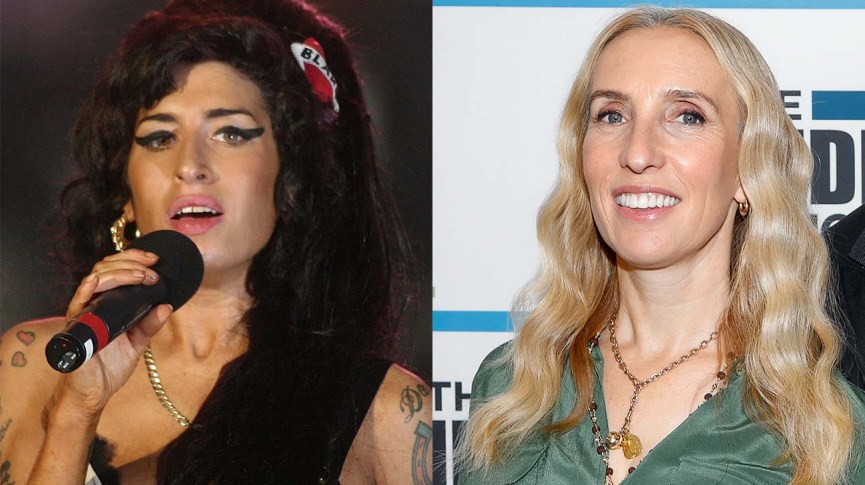 So far, Gaga hasn’t publicly announced her interest in playing the role. But, her fans (the little monsters) have been digging deep into the archives and have discovered that Gaga was a massive fan of the late singer. In one lost Instagram post, Gaga is found to have referred to Amy as being “the best,” and has regularly expressed her love for Amy and her music.

In Gaga’s own documentary, titled Five Foot Two, Gaga works with Amy’s producer, Mark Ronson. The two have often shared their admiration for Amy. The director,  Chris Moukarbel discussed the similarities between the two singers in an interview with MTV: “There are some obvious similarities between Gaga and Amy that people have always pointed out — physically; they came out around a similar time; they’re singer-songwriters; they’re both interested in these old sounds. I think in a way Gaga sees herself as a survivor. A lot of people didn’t make it past 27, and Amy is one of them. So, for Gaga to have gone through that threshold … I think she thinks of herself now as somebody who’s made it past that and has survived.”

Some physical similarities between Gaga and Amy (from MTV)

Despite the excitement, the casting process is still a long way off and Gaga could be filtered out. In 2018, Mitch Winehouse flirted with the idea of a biopic being released about his daughter’s life. Since then he approved, but Mitch did suggest his preference for a young British actress to take on the role. He mentioned: “I wouldn’t mind betting it would be an unknown, young, English – London, cockney – actress who looks a bit like Amy.” It is unclear how much influence Mitch will have on the casting and creative process, but it appears that he will be involved in some capacity.

Since Amy’s tragic death in 2011, there have been many attempts to make a biopic. Many proposals were rejected, and so far, only a documentary has been released. The documentary, Amy, was directed by Asif Kapadia and enjoyed a huge critical and commercial success. The film premiered at Cannes Film Festival and even won an Oscar for best documentary. It’s clear that there is still a lot of appetite for more Amy Winehouse content.

July 15, 2022 Medicare Facilities Will Perform Abortions To Save a Mother’s Life
Next post