Who are the latest pupils in Elton John’s secret school for pop icons?

More than 50 years have passed since the release of his first studio album, and Elton John is still at the top of his game. Currently, Cold Heart – a remix of Rocket Man, produced by PNAU and featuring Dua Lipa, sits high in the charts. Since its release, Cold Heart has reached almost a billion streams on Spotify and was 2021’s “song of the summer.” But, how has Elton John managed to stay relevant for all these years? 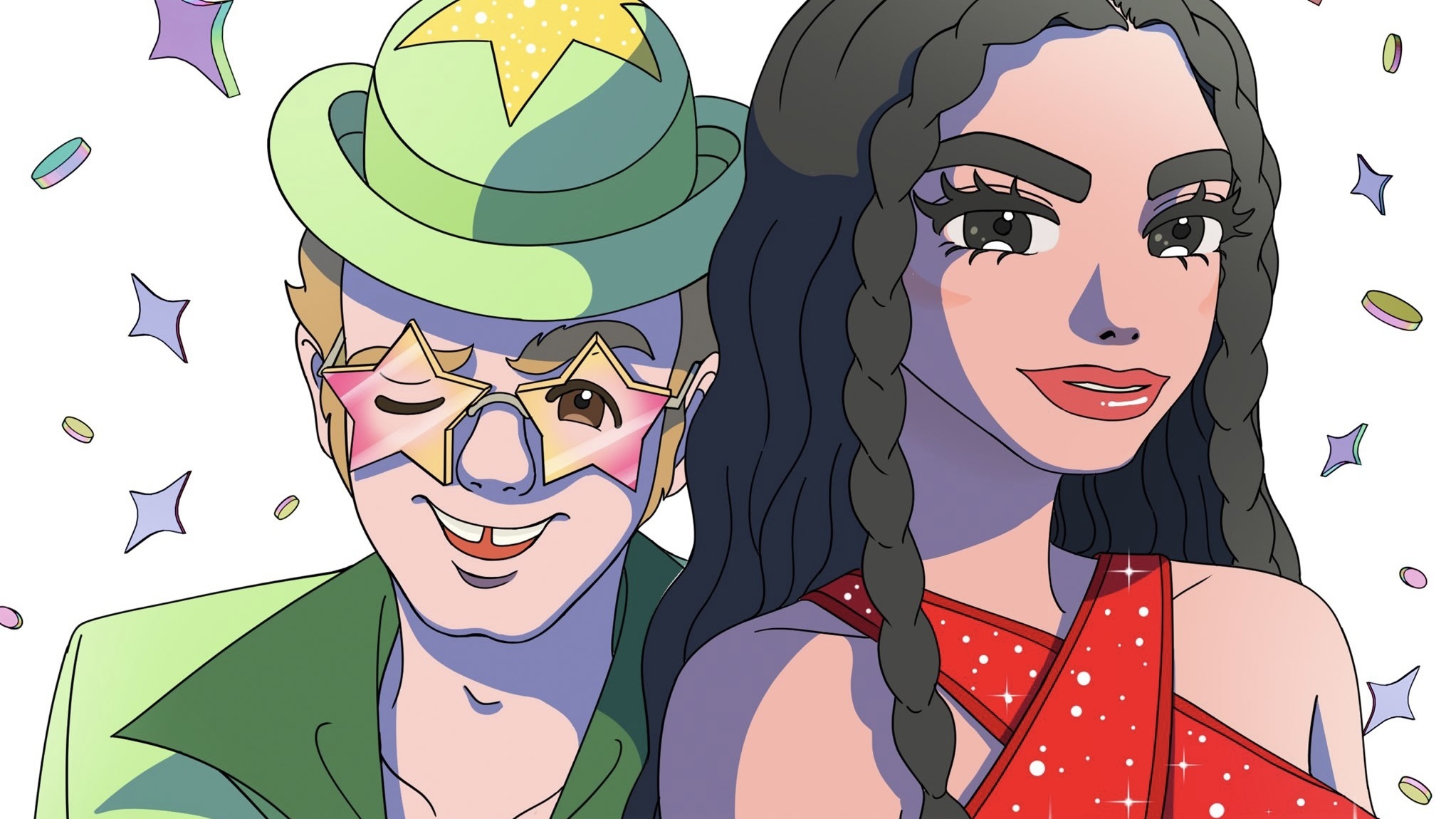 One ingenious way is to mentor young artists and collaborate with fresh talent. Elton has a knack for uncovering ‘the next big thing’, and thus, offers his valuable wisdom and respected position in the industry. “I always try and make an effort of contacting those kids and having lunch with them and saying, ‘If you need any advice, I’ve been around since Julius Caesar, please give me a ring, here’s my email, it’s difficult sometimes” – says Elton in an interview with ITV, discussing his hobby for mentoring. “That keeps me alive. The young give you so much energy,” he continued.

Here are a few of the many artists that Elton John has mentored over the years. 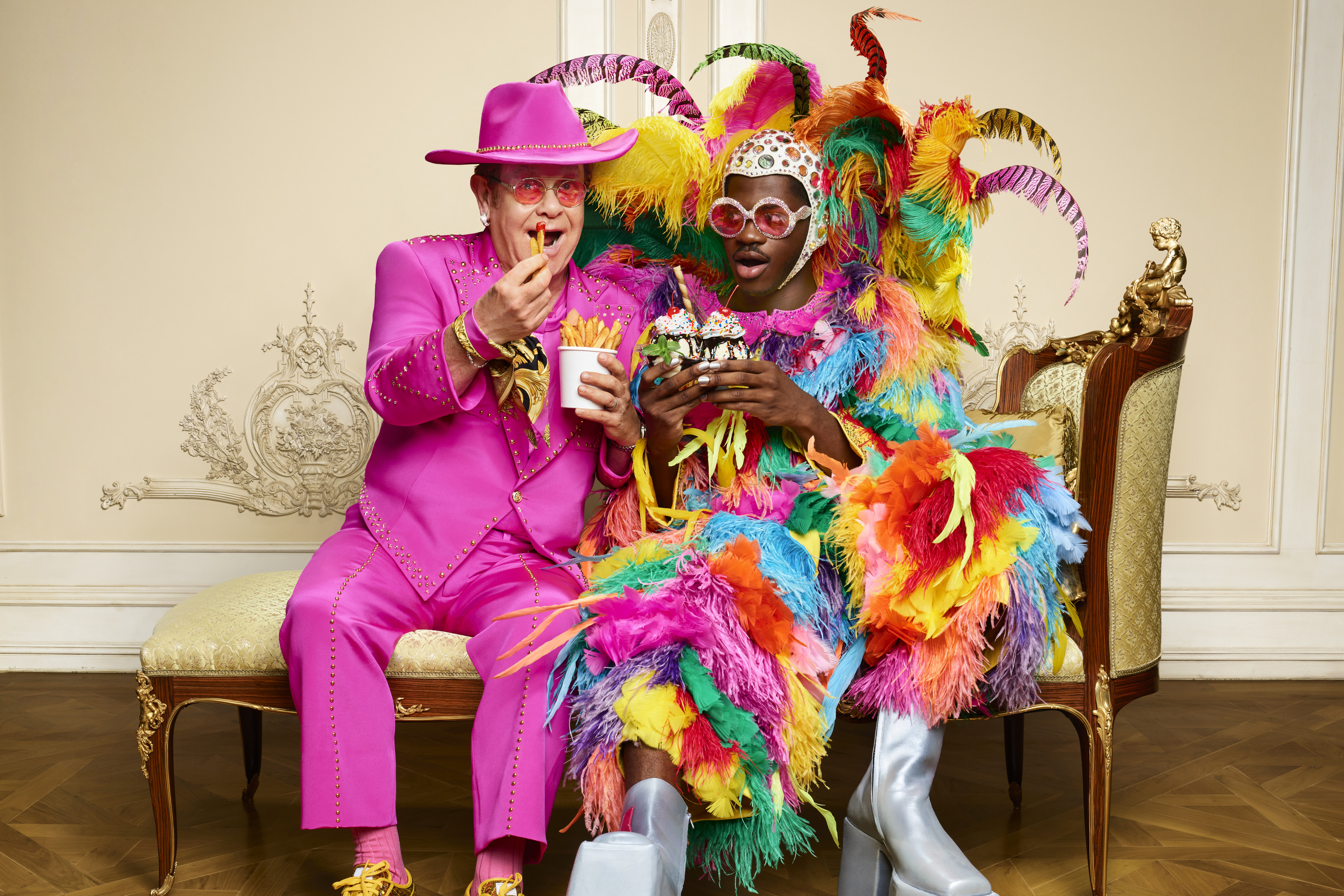 Ever since Lil Nas X exploded onto the scene, Elton John has provided his unwavering support. Nas’ unapologetic flamboyance draws a lot of criticism, which is something a young Elton could relate to when he first started out in his own career. “I loved him anyway when he did Old Town Road and he came out. This is very unusual for a Black hip-hop artist to come out in a very homophobic area of the music community,” he said, appreciating Nas’ bravery. “So we’ve become quite close and I just love what he does. I like hip-hop music with rapping and vocal chords and he just does that so brilliantly. I admired him from afar and then fate brought us together,” he said. In September 2021, the pair released their first joint musical project together, which is a single called One Of Me, which features Elton on the piano and Nas on vocals. Hopefully, this is the first of many more musical ventures. 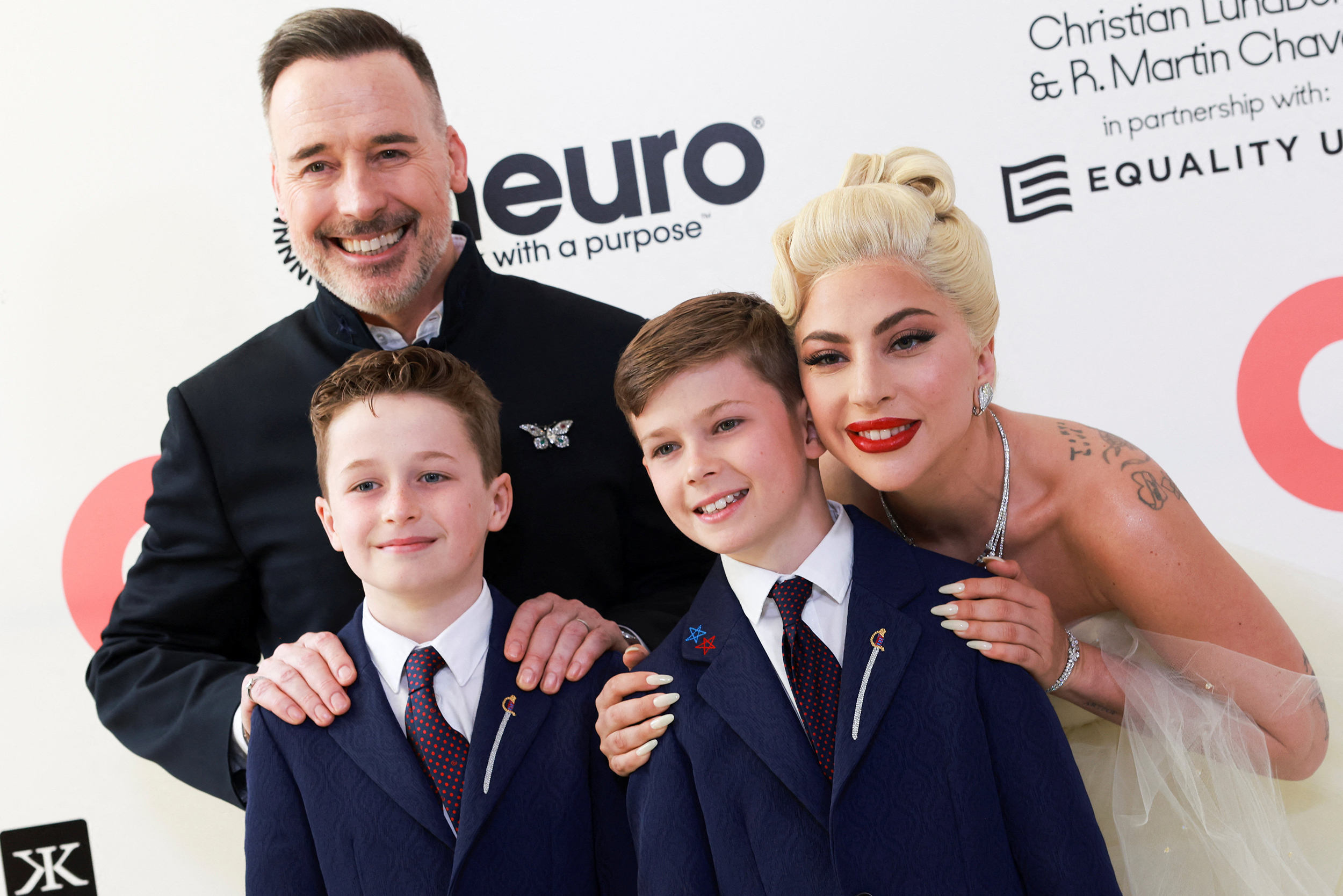 Gaga with David Furnish and her godchildren (From Today Show)

Lady Gaga is probably the most famous protégé of Elton John. Although Gaga managed to break through the music industry from her own talent – with a helping hand from rapper Akon – Elton John was quick to spot the emerging queen of pop and decided to offer his backing. At Gaga’s first Grammy awards, in 2009, Elton John was Gaga’s surprise guest during her live performance. The pair both dueted a stripped-back version of Speechless and Your Song to an unexpecting American audience. At the end of the iconic medley, Gaga sang, “thank-you, love you, Sir Elton John.” Since then, the pair went from friends to family, when Elton John and partner David Furnish made Gaga the godmother of their children.

Billie Eilish is the ultimate pop star for the current generation. A couple of years before she ‘blew up’, a teenage Billie was bubbling big beneath the surface. Tracks like Ocean Eyes were racking up millions of streams, and it was only a matter of time before the world cottoned on. Elton was quick to spot the pending popstar, stating, “she is one of the most talented young ladies I’ve ever heard. Her album was amazing. She’s come a long way very quickly. She’s an incredible word of mouth artist. All the tracks we’ve played have been so different, and that’s what I love about her. There’s is no box to put you in.” It’s not clear how involved Elton is with Billie’s career, but Elton often invites Billie for dinner – which helps to keep an eye on the young star in the midst of a fickle and vicious industry. 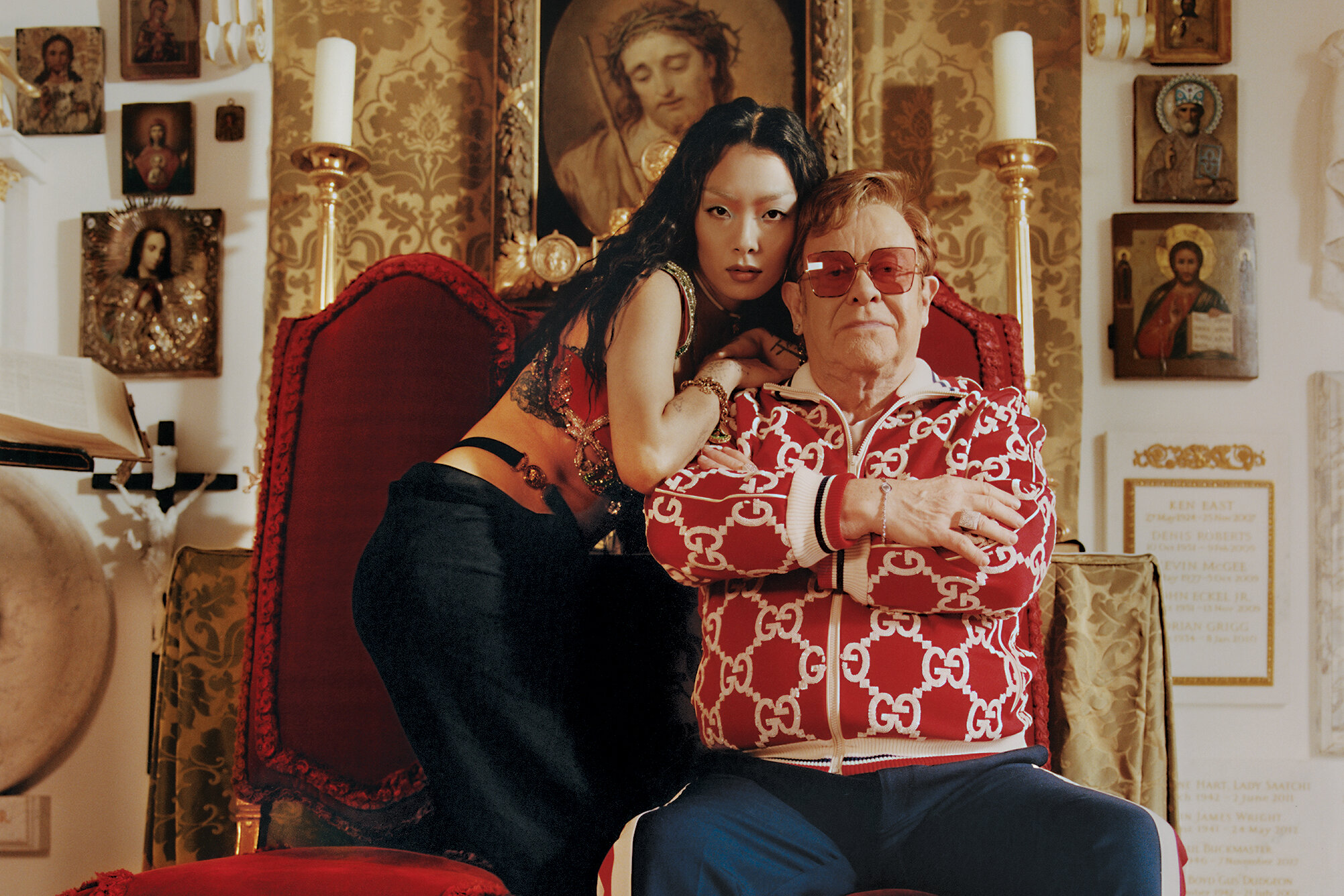 Rina and Elton (From the New York Times)

“Where do I belong? Tell me your story and I’ll tell you mine. I’m all ears, take your time, we’ve got all night” sings Rina Sawayama, in Chosen Family – a duet with Elton. The lyrics speak to the hardships that some queer people face when coming out. Which is something that Elton can relate to after he was ridiculed by his family after coming out. In a joint interview with The New York Times Style Magazine, Rina thanked Elton for his support and referenced his good nature towards other up-and-coming artists: “Elton doesn’t realize how many people’s lives he’s made by contacting them and telling them that their work is great, that the work is seen. And I was so amazed, when we met, by how much he knows about new music. I was ashamed because I don’t know anything, especially when I’m writing. I’m too scared that it’ll worm its way into my head.”

The music industry is a cruel beast. Elton John knows all too well how damaging fame can be to one’s mental health. Drug abuse and alcoholism are tempting, especially for those who have pre-existing insecurities. Elton John is a positive force of companionship and support when it all gets a bit too much. Hopefully, this can inspire other established artists to support their fellow musicians, instead of feeling threatened.