Confederate Statue at U.S Capitol to be Replaced

The statue of Mary McLeod Bethune was displayed last week in the U.S. Capitol. She’s the first Black American in the National Statuary Hall collection. The unveiling ceremony for Ms. Bethune’s statue was hosted by House Speaker Nancy Pelosi (D-Calif.)

Bethune was an American humanitarian, womanist, philanthropist, and educator. She founded the National Council of Negro Women in 1935 and the organization’s primary journal, the Aframerican Women’s Journal.

McLeod became a special adviser to U.S. President Franklin D. Roosevelt on the issues experienced by minority groups. She was a civil rights advocate and activist for African American affairs. She was also close with First Lady Eleanor Roosevelt and served in President Roosevelt’s unofficial Black Cabinet.

The debate on whether Confederate monuments should be kept or removed has been heated since June 17, 2015. The issue became more glaring when a 2017 white nationalist rally turned violent, protesting against the proposed removal of Confederate Army Generals Robert E. Lee and Stonewall Jackson statues. The historic statue removal debate reached a boiling point following the death of George Floyd on May 25, 2020. At least 160 monuments were removed in 2020 after his death.

Those who support the removal of Confederate statues believe they misrepresent history and glorify people who perpetuated slavery. They are a living reminder of the United States’s painful past and racism.

On the other hand, advocates for statue preservation laws argue that Confederate statues and monuments shouldn’t be removed. Confederate statues represent a part of the country’s history, glorifying those who enabled the suffering of others through slavery. The U.S. Capitol was built using enslaved labor.

A strong argument against these statues is that there are other people who are also part of the country’s history and can be represented in statues instead to foster positive representation and diversity. One example is Ms Bethune.

Since 2000, states have been able to replace statues of distinguished citizens with new ones, and while many states have done so, this is the first time that one of the additions depicts a Black American in the Statuary Hall collection.

In Ms Bethune’s case, her statue would replace the one of Confederate Gen. Edmund Kirby Smith, which was removed in 2021.

Other statues of Black Americans in the Capitol building include that of Frederick Douglass, Rosa Parks, and Martin Luther King Jr.

The statues representing a state can only be replaced with the approval of the state’s legislature and governor. 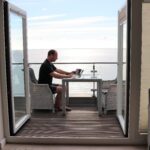 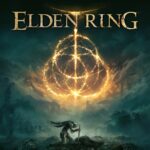