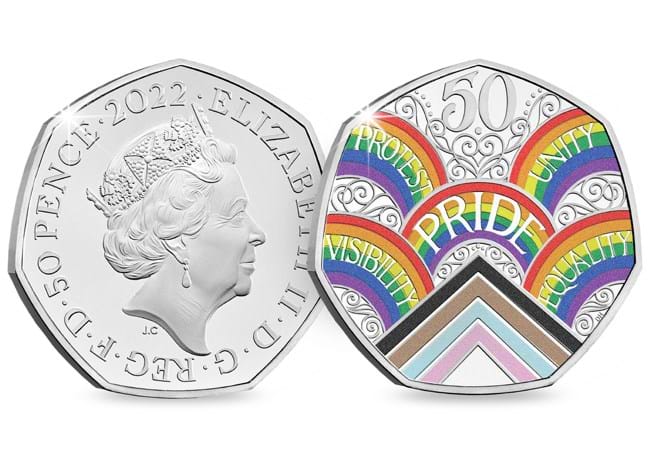 In commemoration of the first UK Pride event, which took place in 1972, The Royal Mint UK has partnered with not-for-profit organisation Pride in London to release a themed 50p pride coin. Pride began when the original Pride march in solidarity with those involved in the Stonewall Riots of New York took place in 1972.

The coin, designed by Dominique Holmes, will not be in circulation. Rather, it was designed to commemorate 50 Years of Pride in the UK. As a coin of commemoration, it will only be available for purchase from the official Royal Mint’s website from early June 2022. Additionally, as part of the launch of the coin, the Royal Mint will make a sizeable donation to Pride in London.

The coin’s design reflects the infamous and undoubtedly important Rainbow Flag, designed by Gilbert Baker in 1978, which has since become a symbol of strength and of course, pride, for the LGBTQ+ community. Holmes himself stated, “My aim with this design was to evoke images of the original Pride marches – the hand-made placards and protest signs calling out the demands of the brave LGBT+ people who were taking to the streets to fight for their rights.” 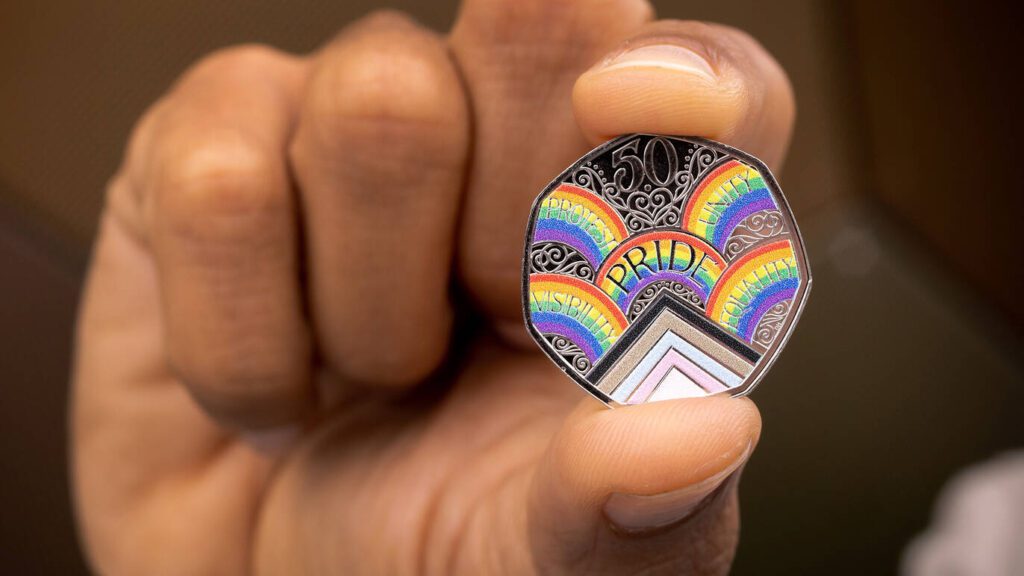 The coin also features the words ‘Protest’, ‘Visibility’, ‘Unity’, and ‘Equality’ which have acted as long-term aims and represent the core of the movement. Underneath is a newer feature of the well-known Rainbow Flag. On the bottom of the coin, is an arrow coloured in shades to represent LGBTQ+ people of colour and transgender individuals. These were colours added to the Rainbow Flag by graphic designer Daniel Quasar to emphasise “inclusion and progression”, which has now been accepted internationally as an updated and more accepted version of the flag. Consequently, making it an important and necessary feature on the coin.

“It may have taken 50 years to get here, but we are now a country which not only recognises the fundamental human rights of LGBT+ people but celebrates them via one of the most accessible links between our state and its people – our currency.” 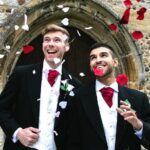 June 27, 2022 Will Scissor Sisters Reunite for their 10 Year Anniversary?