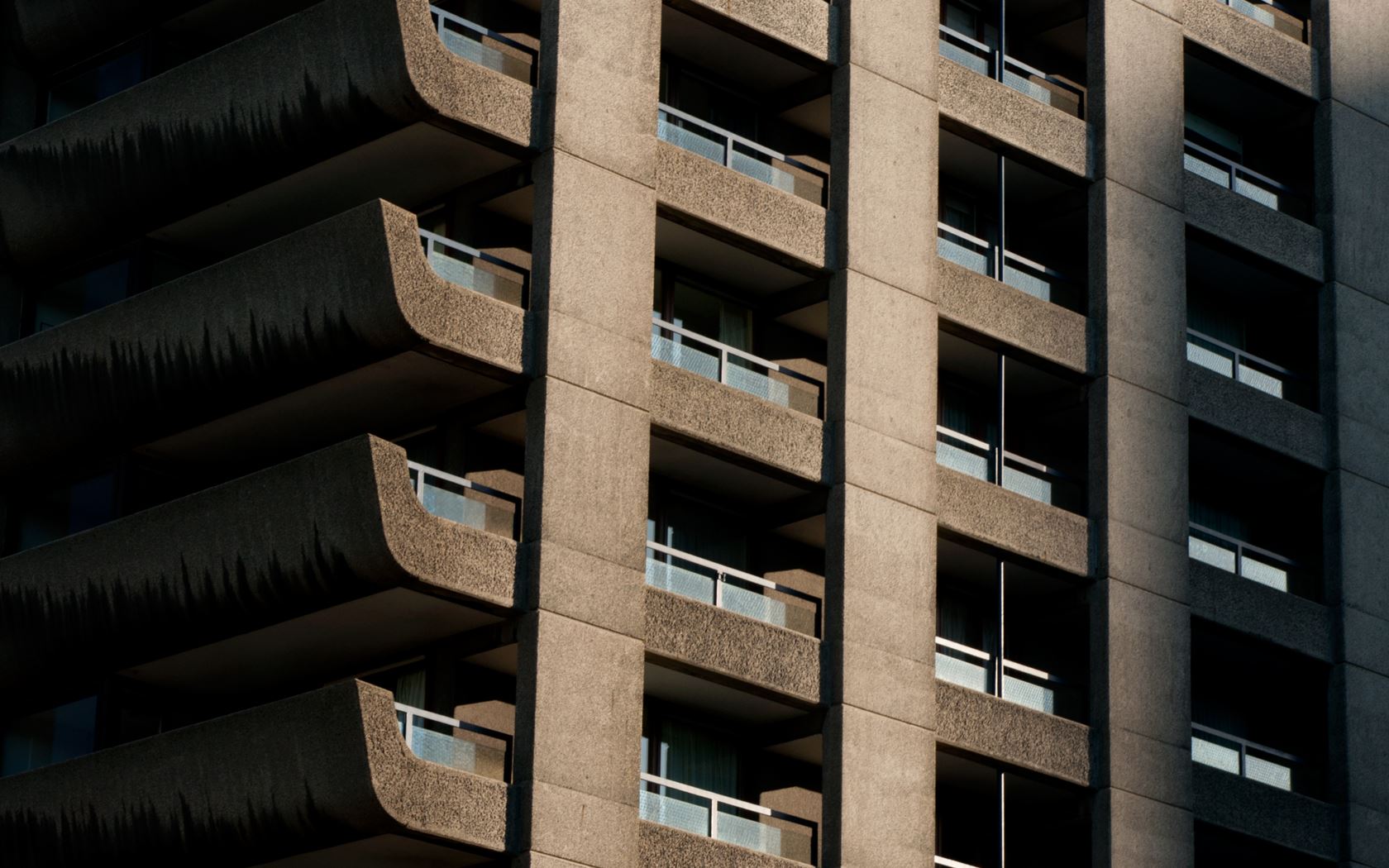 The End of an Era: Some of the UK’s Lesser-Known Brutalist Buildings

Brutalism is an acquired taste, to say the least. For decades, cities have debated this conflicting architectural style in a gradual shift from utility to beauty. The UK’s second-biggest city, Birmingham, has been at the forefront of this change, undergoing an architectural renaissance. Unbeknownst to many, some of the most iconic concrete creations are, and were, based in cities outside of the capital. It’s time for Brutalist enthusiasts to voice their appreciation before they continue to be destroyed.

Last year, Birmingham launched its ‘Our Future City’ plan, which intended to create “something a bit softer, something a bit greener, and perhaps, even something a little more beautiful.” But what does define beauty? Art and design are subjective, and isn’t there beauty in differences?

The Birmingham City Library was a spectacular building in the heart of the city. It was designed by John Madin and was opened to the public in January 1974. Since then, it has been visited by millions of citizens, enjoying a leisurely read, revising for exams or seeking information for their day to day lives. Sadly, in 2013 it was bulldozed down.

Historic England, which is the public body tasked with protecting historic buildings, advocated on three occasions for the library to be “listed” – which would protect its historical importance. Sadly, the minister for architecture, Margaret Hodge refused, on the apparent grounds that the UK loathes brutalism. A situation that is now all too common.

Brutalism is a post-war architectural style. Its designs can be found in almost every city and town in the UK. What each building has in common is its concrete and rugged exterior, combined with a functional interior. The Royal Institute of British Architects says there are 5 unique features of Brutalism. And, these include unfinished surfaces, uncommon shapes, heavy materials, huge forms, and small windows in relation to the overall building.

After the continent was destroyed by war, concrete was a cheap, quick and efficient means of rebuilding. But of course, cities still wanted a unique edge. So, architects would be drafted in to create unusual styles that would shape a new city. These elements combined mean there are dozens of strange creations dotted around cities, which are either loved or loathed. Whatever your view, brutalist structures have personality and leave an impression. They have meaning, and for this reason, we should accept them as part of our history and the identity of our cities. They are not disposable.

Here are some of the lesser-known Brutalist structures still standing in the UK and some which have been lost.

This deceivingly small building was created as part of the 1960’s rebuild of Birmingham’s New Street Station. Designed by Bicknell & Hamilton and W.R. Healey, it was grade II listed in 1995, and it is still in good working order today. 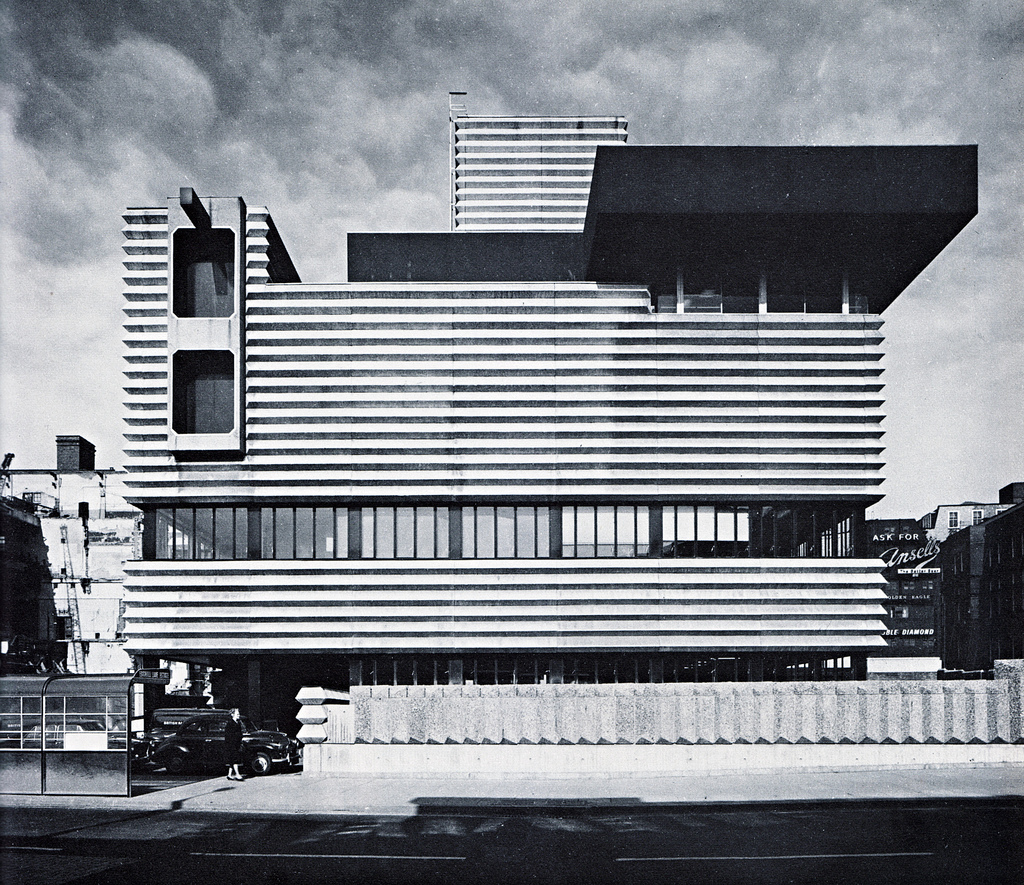 In a period of devastation for Brutalism, one university is preserving this particular art form, whilst even creating new structures for us to enjoy. The Albert Sloman Library was created by architect Kenneth Capon in 1963. In 2016, the university added an extension to its original core, which respected its brutalist and historic roots. 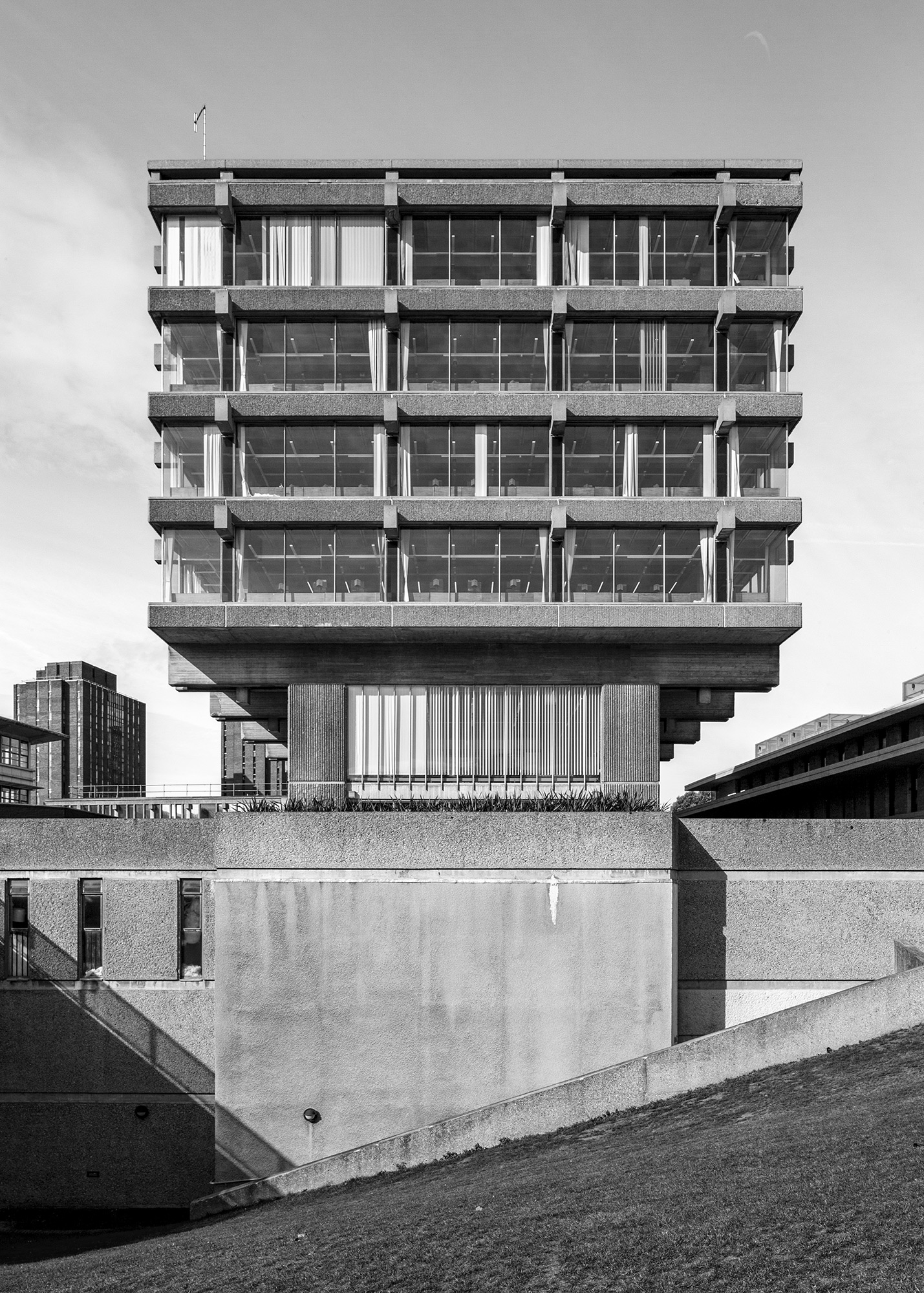 This 26-storey residential building was erected in 1967 by Erno Goldfinger. Poplar, in the London borough of Tower Hamlets, is its home, where it has enjoyed a grade II listing since 1996. Its lift shaft sits separate from the main building, which is a particularly odd but enjoyable design feature. 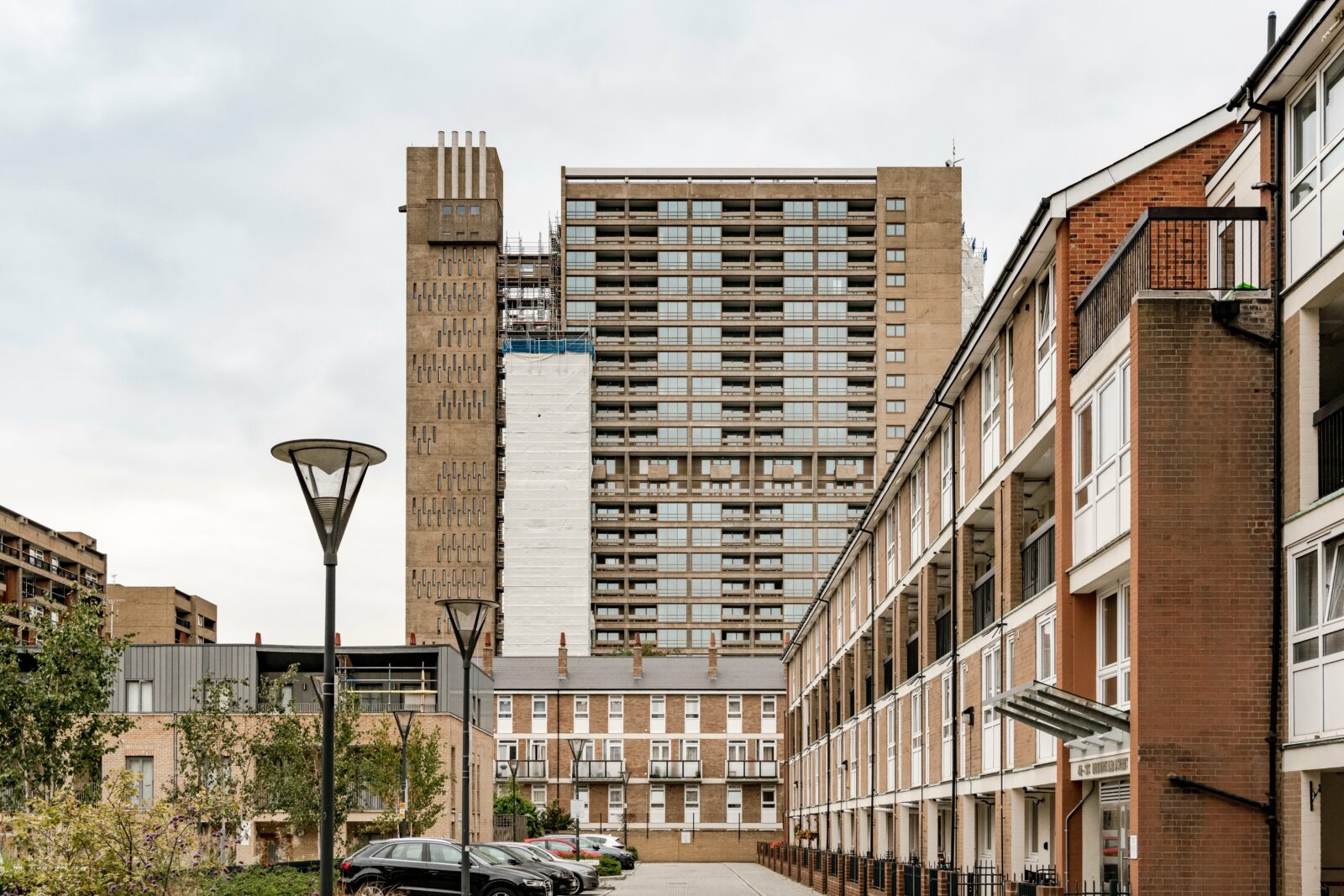 Places of worship can be brutalist too. The Clifton Cathedral opened in 1973, sitting at 49m high with a capacity of 1,000 people. Due to its religious nature, it’s a highly controversial building. Despite this, the majority of the churchgoers are sentimental toward the Cathedral. With exquisite stained-glass windows and brown timbers on the roof, the building offers a warm tinge to a relatively cold design style; proof that Brutalism is varied and adaptable.

Built in 1964, and demolished in 2004, Portsmouth’s Tricon Centre enjoyed a 40-year run. Designed by Owen Luder and Rodney Gordon, it was a car park, nightclub and shopping centre, taking its name from the tricone hat – in which the structure resembled a Birdseye view. In 2001, BBC Radio 4 listeners voted it the most hated building in the country, and Prince Charles labelled it as a “mildewed lump of elephant droppings.” 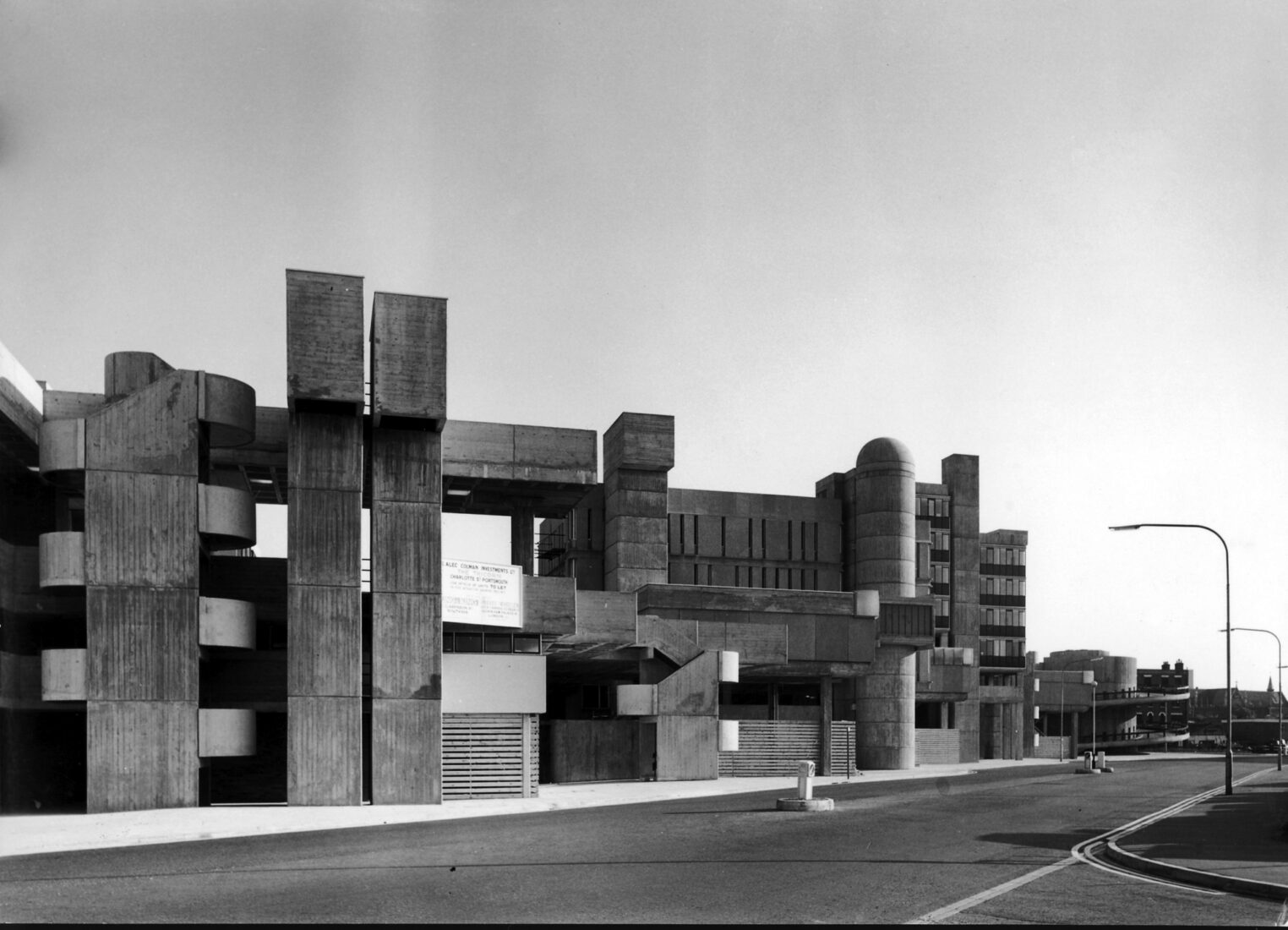 The Tricorn Centre From Architects Journal 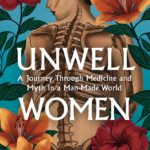 April 4, 2022 The History of 'Unwell Women' by Elinor Cleghorn
Next post