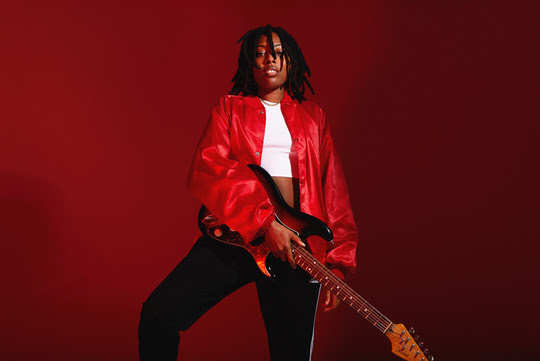 “The main theme that runs through the album is empowerment and Black queer joy. That’s the message that I want to hammer home,” Amaroun on her upcoming debut album, ‘Mars’

Meet Amaroun, the genre-bending singer, songwriter and producer from London who’s making sure she embraces Black, queer beauty in all its glory and that you do too.

For Amaroun, music is an outlet: a way of exorcising emotional intensity and embracing her multifaceted identity. Since her debut single, ‘Bed Bugs’, in 2016, Amaroun has used music not only to accept her own identity as a young, Black, queer woman but also to help others find the joy in their identity. And that’s exactly what her upcoming album is set to explore.

The record, which is due for release this June, spans themes of race, self-acceptance, self-love and sexuality. Speaking of the upcoming project, Amaroun says, “The main theme that runs through the album is empowerment and Black queer joy,” she continues, “what I want people to take away from this is not the pain but the joy and strength that you get from being Black and queer. It’s a beautiful thing to be.”

To celebrate the release of her recent single ‘Orchid’ and the approaching release of her debut album, Chapter Z sat down with Amaroun to discuss collaborations, a second album and the need to sometimes take a break. 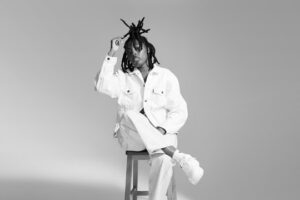 You just released Brown Skin Beauty. The track, sonically, is very serene and calm. But, can you give us a deeper insight into the ideas that inspired you to write it?

So, ‘Brown Skin Beauty’ is basically a lullaby to myself. It’s me telling myself that everything is okay and giving myself strength. That’s literally the crux of it. I wanted to write a song about empowerment and to encourage people to be kind to themselves.

Alongside the single comes a self-directed music video. It really is a captivating watch. How important is the visual output that accompanies your music to you? Do you see it becoming an increasingly important aspect of your artistry?

It’s always been important. For as long as I can remember, when I come up with a song, I already have a visual image in my head. So, it’s always tied in with my songwriting. But, those visual ideas do often come out quite sporadically. So, I work with people who can bring that idea to light, like my creative director. With her, it comes quite naturally because we’ve worked together for so long.

You just mentioned that you always have a visual idea in mind when you’re writing a song. Does it ever go the other way, where you have a visual concept first, which then inspires the lyrics or melody?

It’s more the overall experience that inspires the song. A personal experience will always feed into the writing, and then a visual image will come up during that. So, I can see everything happening as I’m writing the song. So it never is the visual that comes first, more so alongside the writing.

For the video, you collaborated with Sophia Brown. How do you view creative collaborations? Are they something you want to do more?

I love collaborating. It was important for me to collaborate with Sofia because she’s my sister. So, she knows my experience inside out. The album is about me coming out as a Black queer woman, and she’s seen all of the personal experiences firsthand. So, she was able to express that in the video in a way somebody else might not have been able to. That collaboration was so important and cathartic. And then the creative director that I worked with, she knows me inside out as well. When I collaborate with people I need to have an established relationship first.

During those collaborations, you need to have an open space to share those experiences and know what you’re sharing is going to be received well.

Everything that I write is a personal experience, and it’s me being vulnerable. It’s almost like getting into a relationship; you sharing memories and moments with these people. And that journey is just as just as important as the end product. So, if it doesn’t feel authentic, then it doesn’t feel good to me. I want to feel excited. I want to feel like we’re both growing.

The upcoming album, ‘Mars’, is set to cover themes of race, sexuality and queer power. How important is it to you that those concepts stay prevalent throughout your songwriting?

The main theme that runs through the album is empowerment and Black queer joy. That’s the message that I want to hammer home. It’s more than important, it’s cathartic, and it’s necessary. What I want people to take away from this is not the pain but the joy and strength that you get from being Black and queer. It’s a beautiful thing to be.

You’ve just released another single from the album, ‘Orchid’. How would you say the rest of the tracks on ‘Mars’ compare to your already released catalogue? Are there any genre/sonic/thematic surprises?

The album is a body of work. So, I don’t think it actually makes sense unless you hear it in its entirety. And each song is a different part of my life and queer experience. So, for instance, ‘Orchid’ is about someone who I love and giving them the space they need. Each song is kind of like a different element of that queer experience. ‘Brown Skin Beauty’ is about being kind to yourself, and then there’s another one called ‘Winner’, which is all about backing yourself. It’s more of an upbeat song that you can play in the car and be like, “Yeah I’m a winner.” It’s a feel-good track.

You just said how these tracks make the most sense when they’re heard together. When you begin the writing process, do you have an idea how the story will develop throughout the album? Or does it come to light as you keep writing?

It’s very instinctual. I just let it flow as it does. So get behind my laptop, get my guitar out or get on some keys and whatever comes, comes. And after the first couple of songs, I get into a world and a feeling; and each song flows into each other. One song affects the other.

The journey to self-acceptance is another theme that runs throughout your music. Would you say that creating music has played a big role in helping you find and accept your identity?

100%. I’ve used music as a form of therapy since I was young. It’s a way for me to get through life and stay balanced. But, if I stop writing for two weeks, I’ll definitely become more anxious and sad than when I am writing. I can always tell when I’m not writing. So, creating music isn’t just about releasing albums and releasing them into the world. For me, and I know this sounds cliché, it’s a way of life. It’s part of who I am and helps my mental health. 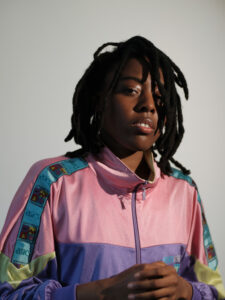 Have you ever needed a break from writing? Has it ever felt overwhelming, or is it just something you need to do?

I find it hard to take a break if I’m honest. When I go on holiday, I still find myself writing, which is probably not good. I probably should stop sometimes, but I can’t.

You released your debut single in 2016 and have been putting out music consistently ever since. But, this is your first-ever full-length project. What makes now the right time to put it out?

I feel I’m writing the best music that I’ve ever written. Back in 2016, I really loved testing out the waters and just figuring out what I wanted to say and how I wanted to say it, and I wanted to build my production skills and meet more people.

I’ve always been quite patient when it comes to making an album, I always wanted to do it when it felt right. And it just feels right now. It’s also really important to me that I’m an independent artist, but it’s hard to get funding. So, now I’m in a position where I can actually make an album properly.

Why is being an independent artist so important?

It’s the space it gives you to fully be your own artist. And, I think there’s always an agenda when you’re not independent. It’s hard to find somebody who doesn’t have an agenda. So, when you’re an independent artist, you’re doing it for yourself, and you build your own team. I just enjoy it more.

What else can fans of your music expect from you in 2022?

I’ve got a lot of exciting things coming up. I recently released a rework of ‘Waterfalls’ by TLC because I love TLC. I’ve got an album launch in June too. And I’ve already started working on my next album, which is going to be coming out next year. I don’t want to reveal too much of that, but I’m really excited. 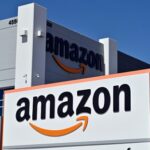