Before the Russian invasion of Ukraine, Volodymyr Zelenskyy was mocked for what The New York Times would call ‘humble political origins.’ Underestimated even by those who supported his campaign, it’s true that President Zelenskyy began as an actor and not a diplomat.

Still, his rousing speeches on Ukrainian national television and iron-clad determination to keep Ukraine united even during the Russian invasion earned him international praise and notoriety.

So, how did Volodymyr Zelensky achieve such success as a war leader? Let’s look at where he started and build up from there.

He’s Jewish and is a native Russian speaker, which is ironic given the deep history of antisemitism ingrained in Ukraine.

Zelenskyy had his star-making role in the TV series Servant of the People, where almost in a manner of real-life foreshadowing, he played the role of the Ukrainian president. He was a high-school history teacher who won the presidential election after a viral video where his character ranted against government corruption in Ukraine. He was also the creator and producer of the series. Servant of the People satirized mismanagement and corruption in Ukraine. Zelensky’s political campaign backed on his role in “Servant of the People,” and he had the support of the channel owner of the network that broadcasted the show. 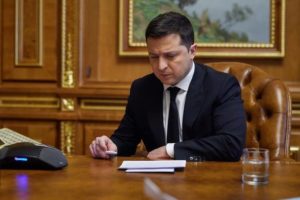 His political party, also called Servant of the People, was registered in March 2018. Zelensky won the election in 2019 with 73% of the vote to rival Petro Poroshenko. Zelenskyy had also promised to dialogue with Russian President Vladimir Putin. Unfortunately, tensions escalated with Russia in 2021 like boiling water until the pot burst into the ongoing full-scale Russian invasion of Ukraine.

Many people thought of Zelensky as unqualified due to switching careers from acting to politics. Not only that, but other European diplomats didn’t take Zelensky seriously based on their first impressions during early political meetings. People can’t seem to correlate that working as an actor for so long allowed Zelenskyy to develop in public speaking and rhetorical talent, enabling him to come up with praised rousing speeches for the Ukrainian population.

However, in the face of war, he’s shown great skill in using social media communications to empower his speeches, specifically using Twitter as a digital voice. Even if Russia realistically has a larger military, Zelenskyy has undoubtedly bested the competition in the social media war.

President Zelensky is perceived as the centennial age of Winston Churchill, the face of Ukraine’s resistance against Russian authoritarianism. He’s proof that international heroes can have uncommon political origins.

Fast forward to the present day, and there are few people who haven’t expressed admiration for Zelenskyy’s leadership during the war. 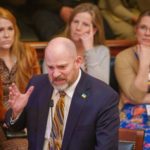 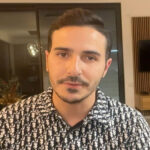 April 14, 2022 It's Scammer Season: Our Complex Relationship to Society’s Grifters