With August of 2021 marking the 2 year anniversary of Toni Morrison’s death, we take a look back on her life, career, and long-lasting legacy.

Toni Morrison is known worldwide as one of the most influential authors of the 20th and 21st centuries. And yet, many people still don’t understand just how deserving of that title she is. As a woman coming from a poor, Black, working class family, Morrison faced challenge after challenge when it came to breaking into the literary industry of late 20th century America. And yet, despite all those hurdles, her life was nothing short of a string of successes after successes.

”My world did not shrink because I was a Black female writer. It just got bigger."

Born in 1931 in Ohio, USA, Morrison’s interest in literature, philosophy, and social politics was obvious from a young age. She often recalled being only 2 years old, and her family’s landlord setting fire to their house whilst they were home as they couldn’t afford to pay their rent. Rather than feeling angry or hurt in response, her family laughed. Morrison later described this as a demonstration of integrity in the face of evil, and credits the actions of her family as a large contributing factor towards her own views on human nature as an adult.

As a child whose favourite authors were Austen and Tolstoy, Morrison’s future within the literary industry was already being built before she had finished school. She joined the debate team, the yearbook committee, and the drama club, and went on to study English at Howard University in 1949, gaining her masters from Cornell only 6 years later. It became apparent early on in her academic career that Morrison had a deep concern for the place of the ‘outsider’ within literature, a theme which many of her novels would go on to reflect, as she titled her master’s thesis ‘’Virginia Woolf’s and William Faulkner’s treatment of the alienated’’.

Immediately after graduating, Morrison pursued a career as an English professor and literary editor. Before even having released a single novel, Morrison was making history within the literary scene as the first Black, female editor in fiction of Random House NYC. Her editorial role allowed her to promote and amplify the voices of so many great Black writers: Wole Soyinka, Chinua Achebe, Angela Davis, and the co-founder of the Black Panther Party Huey Newton, to name just a few. She also convinced the sceptical bosses at Random House to allow her to develop and edit ‘The Black Book’, a multimedia anthology which presented Black life in America from the slavery era to the 1920s.

”I wrote my first novel because I wanted to read it.”

Finally, in 1970, after years of editing the words of others, Morrison took on the role of writer herself, releasing her debut novel, ‘The Bluest Eye’. ‘The Bluest Eye’ was ground breaking not only in terms of style, but also in content. It tells the story of 11-year-old Pecola, who is branded as ‘ugly’ by the world in which white, blonde women and ‘Shirley Temples’ are the standard of beauty. All Pecola longs for is a pair of blue eyes, yet all she receives is ignorance, abandonment, sexual abuse, and an eventual push to mental instability.

As a young mother at the time, Morrison recalled waking up at 4am every day so that she could write her novel whilst also working full time and raising her two children. Whilst the novel was not initially a best seller, it grew steadily in popularity after being added to many university reading lists, and saw yet another boost in sales in the early 2000’s after Oprah Winfrey recommended it to her book club, amongst a handful of Morrison’s other novels.

One of these recommended novels, which Oprah herself co-directed and starred in when it was adapted into a film in 1998, was the Pulitzer Prize winning ‘Beloved’. The 1987 novel draws from the true story of Margaret Garner, a Black woman living in the 1850’s who managed to escape enslavement. When she was caught, she made the decision to murder her 2-year-old daughter rather than allow her to be made a slave. ‘Beloved’ imagines the ghostly return of the child and the aftereffects on the family of the young child’s murder.

Even Morrison’s lesser read works are universally recognized as outstanding pieces of literature. These include ‘Song of Solomon’, which won the National Book Critics Circle award, ‘Tar baby’, and ‘Jazz’, all of which discuss themes of race, gender, sex, abuse, inequality, beauty, and challenging, interpersonal relationships. Many of these themes, though undoubtedly more prevalent in art generally now, had very rarely been touched upon in literature at the time of Morrison’s writing. This certainly rang true for the divisive plot of ‘Beloved’, which caused controversy enough to be on both America and the UK’s banned books lists for many years.

In terms of accolades and awards, there is certainly no room left in Toni Morrison’s trophy cabinet. From winning the Nobel Prize for Literature in 1993, to the Presidential Medal of Freedom awarded by Barack Obama in 2012 – even after her death, the awards continued as she was inducted into the National Women’s Hall of Fame in 2020. Even for those who had never read her work, her reputation alone meant that Morrison quickly became a household name who was known by all.

Upon dying of pneumonia aged 88, it was undisputed that her death was a great loss for the literary world. She sewed herself seamlessly into the tapestry of literature which had previously ignored the voices of Black, working-class women such as herself, and she continues to touch the lives of new readers every day with her hard-hitting themes, gripping storylines and beautiful writing style.

If you haven’t yet read any of Morrison’s work, then I would highly recommend that you take this as a sign to start doing so. After all, in the words of Morrison herself: ‘Books are a form of political action. Books are knowledge. Books are reflection. Books change your mind.’ 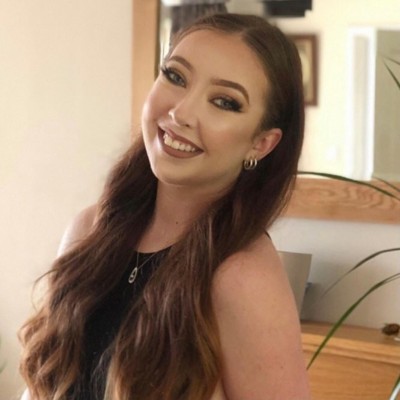