What are Climate Havens, and Should You Move to One?

In the face of unprecedented extreme weather events globally, it appears as though every city and town is vulnerable to natural disasters. While this may be the case, the extent to which cities are vulnerable varies dramatically based on geographical location and the physical elements in the region. Coastal regions, for instance, are generally more vulnerable to climate change due to rising sea levels than those far away from water bodies.

When it comes to surviving the climate crisis, one thing everyone’s been talking about is climate havens. Climate havens are precisely what they sound like – cities or regions that avoid the worst effects of natural disasters. In the United States, climate havens are largely in the Northeast and Midwest — Detroit, Minneapolis and Buffalo are some of the largest. Insulated from the forest fires and droughts of the west, hurricanes of the southeast and storms of the eastern seaboard, regions surrounding the Great Lakes seem to be the US’s best chance against the climate crisis.

A primary factor is that climate havens will have sustainable access to water, particularly relevant now as Texas, Mississippi and Northern Mexico all face water shortages or droughts. It’s also important climate havens have sufficient infrastructure in place to sustainably accommodate population growth, which would presumably occur as climate refugees fled more vulnerable cities. It’s also plausible that younger families will choose places of work in cities that are less likely to cause them trauma. 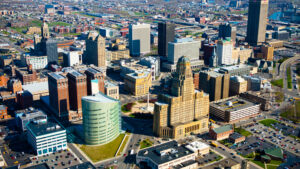 However, a new Vox report shows that Americans aren’t moving based on the climate crisis yet — in fact, they seem to be moving without considering it at all. Cities with extreme heat and higher chances of drought have seen net positive migrations, while cities listed as climate havens have seen net-negative migrations. This seems to be happening because many of these so-called havens aren’t ready to host climate refugees yet. Economic opportunity continues to thrive in America’s traditional hotspots, as do the higher tax revenues that come with new jobs and allow for a growing infrastructure.

Others object to the idea of climate havens themselves. With all the discussion of Michigan being a climate refuge, many believe that the state will look forward to welcoming new residents and forget about the issues that plague existing ones, such as contaminated water. Activists argue that cities that brand themselves havens will profit from the climate crisis and delay necessary change. The wealthy will be able to relocate, further exacerbating issues for the poor in their new homes and leading to possible gentrification. Some also argue that the very idea that some places are safe from disaster will postpone climate solutions until these areas are badly hit – because those who make decisions will most likely be able to afford to relocate.

Cities have just begun embracing their title as climate havens, so it’s too soon to tell whether a move is prudent. But, it’s definitely worth noting that while not all regions are equally vulnerable to climate change, it’s in everyone’s best interests to limit the impacts of the climate crisis globally — not just in one city.