The School for Good and Evil: Review

The film is based on the book series of the same name. It follows the story of beautiful and popular Sophie (Sophia Anne Caruso) and her outcast friend Agatha (Sofia Wylie). The story follows the pair as they are suddenly kidnapped from their village and set to the School for Good and Evil.

The books are a fantasy fairytale hexalogy written by Soman Chainani. Paul Feig directs the film, and David Magee and Feig himself wrote the screenplay. This is a Hogwarts-esque magic school for heroes and villains, where the world’s most famous fairy tales began their stories. The film blends elements from Harry Potter and Wicked. 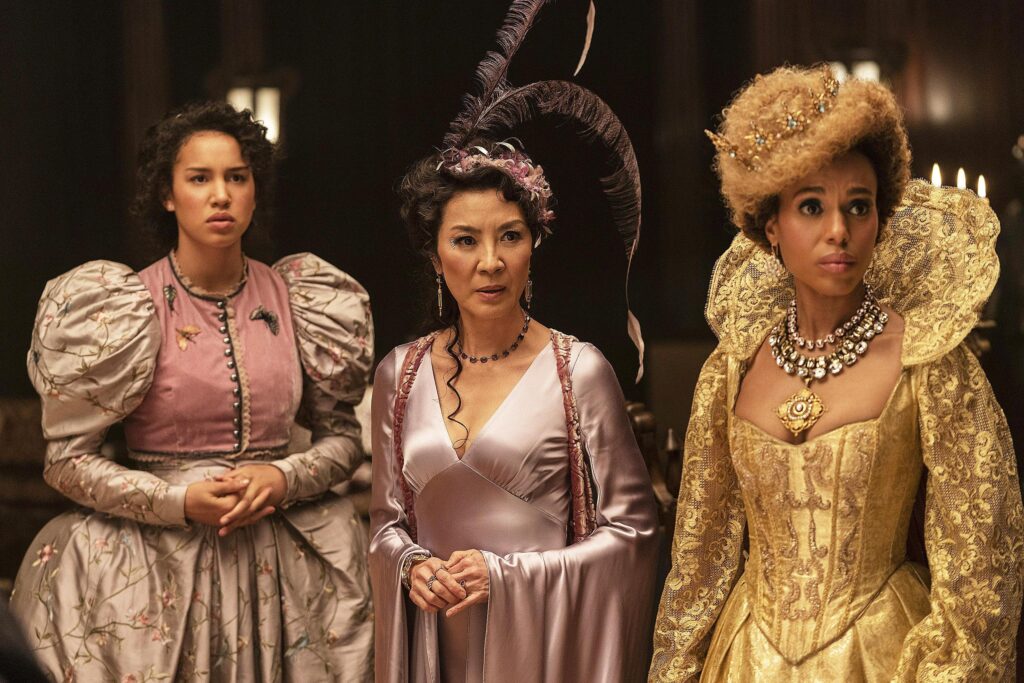 The School for Good and Evil @ Netflix

Despite their strong friendship, Sophie and Agatha are extremely different from each other. Sophie is princess-like, fair-headed (whatever that means these days) and destined to change the world. On the other hand, Agatha is called a witch. Their friendship is tested when both fall in love with the most popular Ever prince, Tedros, son of King Arthur.

Things are flipped when Agatha is dressed in the flowery princess gown while Sophie is dressed in a raggedy sack dress after being kidnapped by a stymph that takes them to the SGE. So, it seems they were sorted on the “wrong” side, and each of these will have to explore the nuances of a black-and-white academic setting for good and evil, divided into Nevers and Evers. Sophie dreams of getting into the Evers, but Agatha wants to return home.

The cinematography of the film is mesmerizing, and the feeling of a novel magical setting filled with fairies and intriguing stock fantasy monsters is felt throughout the visuals. The acting is sharp, with Wylie’s acting as Agatha among the most celebrated. 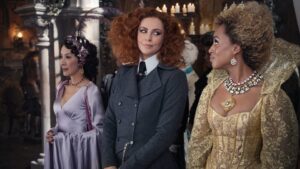 The School for Good and Evil @ Netflix

There’s also Sophia’s slow descent into evil to achieve her dreams, putting the chops of both young actresses to best use. The strongest moments throughout the film are found in the characters’ relationships, with Agatha and Sophie’s bond being a highlight.

However, despite the story’s intriguing premise, the screenwriting does at times let the movie down. Chainani knew the film wasn’t as faithful to the source material as fans would’ve expected, and frequently provided Feig with advice on how to make it work. The screenwriters picked important plot points from the novels, a couple of fan-favorites and examining passages closely to avoid recreating clichés.

The movie was expected to become a major breakout hit for Netflix, becoming Netflix’s own YA fantasy series. The film was named one of the most anticipated films of late 2022.