At the age of five, Benyamin Ahmed learned to code from his father and loved it so much that he kept practising. Now, he’s earned $5 Million from NFTs

Fast forward to the present day, and at the impressive age of twelve, he’s become not only a crypto expert but also a millionaire. Ahmed ventured into the world of crypto by releasing a whale-themed collection of NFTs, which sold in hours, earning him an initial fortune of £110,000. Yep, he made that just from selling cute pixelated whales online. And, Benjamin isn’t just any precocious coder with spare time, though. He’s regarded as a child genius, noteworthy enough to lecture at Oxford University on NFTs, and a firm believer that NFTs are the future of currency.

Funnily enough, Benyamin hasn’t withdrawn anything from his small fortune because he doesn’t have a bank account. By the time he’s old enough to withdraw the money, Ethereum could become worthless, or it could become even more valuable. Whatever the outcome, Benyamin has expressed that he’s only trying out crypto to increase his experience in coding. That’s an ironic reality of the crypto world, reflective of the volatility of the digital currencies that have taken the world by storm.

In an interview with the Daily Mail, Ahmed stated that his friends at school know what he does with NFTs and have congratulated him, although he’s not sure that many of them or many people understand what he indeed does. Despite that, he’s overjoyed that people know his story and can learn more about NFTs thanks to him. His opinion on NFTs is high, and he believes that they have a bright future; he is eager to introduce more people to the world of NFTs. As per his admission: “Here, anyone can join the network – you can be a refugee, or a rich person sat in your mansion, and it doesn’t make a difference. Everyone has the same rights and permissions as anyone else.”

Benjamin has an elder brother, Yusuf. Their father has taught both of them how to code ever since they were young, being tasked with daily coding challenges to hone their skills and interest in coding.

Who would’ve expected your friendly neighbourhood 12-year-old genius coder to become a crypto millionaire through NFTs?

But, this is yet another example of how NFTs, despite the controversy, can help some people change their lives for the better. Benyamin Ahmed’s story isn’t the only NFT success story out there. Claire Silver, Alex Lugo, Gossamer Farris, and many others have upgraded their lifestyles thanks to NFTs.

There’s little doubt that considering his present stellar success with NFTs at just twelve, Benyamin will surprise the crypto space with his ideas in the years to come. 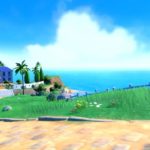