Black Women To Remember – Not Just For Black History Month

Black History month UK last year had the theme “Proud To Be.” It is the month we remember, celebrate and honour the achievements and activism of the Black Community in Britain. But we must remember these things all year round.

As the theme was “Proud To Be,” I wanted to look at some of the strong Black women who played a huge role in British history and inspired us to be the proud Black women we are today.

Redmond was born in Salem, Massachusetts in  1826  to John and Nancy Redmond who were passionate about education for their children. At the  time , Salem was the center of anti-slavery movements and provided refuge to slaves fleeing from the North. Sarah’s mother was one of  the founder of the Salem Female Anti-Slavery Society and encouraged her daughters to participate in the rising abolitionist movements. Sarah started attending anti-slavery lectures  and by the time she turned 16 ,she gave her first anti-slavery lecture.

By 1856, she was one of the best eloquent and compelling lecturers in Britain . Her speeches  moved listeners as she shared the inhumane stories of slavery , discrimination  and  the sexual exploitation of black women under slavery.  Even during the American Civil War , she continued to speak on matters that affected the Black community and continued to protest racial prejudice. She also invested her time in feminist causes throughout  Britain and even participated in the petition for women’s  right to vote. Her earnest  speeches left a mark as she was able to  evoke emotions and paint a clear picture of the atrocities slaves endured.

Bader was born in Liverpool in 1929  to a British mother and a Barbadian seaman . Her life was heavily marked with racism and discrimination because she was mixed race.  She battled her personal losses with racial prejudice from a young age after being orphaned and separated from her two brothers at the age of 9 .  In 1939,  she joined the Royal Air Force but was fired after seven weeks when it was discovered that her father was not from the UK.

She got a second chance in 1941 when the Royal Air Force announced that they were accepting citizens of West Indian descent. She successfully enlisted and became  one of the first Black women to join the British Royal Air Force. Bader was  trained in instrument repair,  her formidable spirit and hard work saw her promoted to Acting Corporal.  She fell in love and married Ramsay , a Black tank driver. She was discharged in 1944 after she got pregnant . After the war, Bader went to London University and became a teacher.  Her younger  son also joined the the Royal  Navy and her family legacy in the British Armed Forces continued for three generations.

Marson was born in Jamaica in 1905.  She was a  talented journalist and  poet . By 1928 , she  was the first Jamaican  female editor and publisher of her own magazine known as Cosmopolitan.  The magazine focused on feminist issues , workers’s rights and local issues . She used the magazine to share her views and opinions while also encouraging other women to be more involved in social and political issues.In 1932, she moved to London in search of greener pastures and to fulfill her wish to broaden her audience .

She  struggled to adapt and begin her career in a deeply racist community . Her struggles  flamed her passion to write and campaign against  the racism and sexism that was raging in the UK.  She  teamed up with Dr Harold Moody ,  the founder of the League of Coloured Peoples  and fought for civil rights and equality. Her poetry focused on discussing the role of women and the plights of the Black community in England.

In 1936 , she returned briefly to Jamaica where  she focused her poetry and the  Save the Children Fund she founded. She returned to the UK in 1938  and  became the first black woman to be employed by the BBC during World War II.  She  returned to Jamaica in 1945 , and not much is known about her after this . Her poetry still remains as her legacy as she covered important issues affecting the Black community  in England during that time and empowering women and children through education.

Amy was born in 1987 in Jamaica  as the only daughter to a family of five . She attended the Westwood High school for Girls  where she met  Marcus Garvey . Together they founded the Universal Negro Improvement Association (UNIA ) which became one of the first organizations that gave women an opportunity at leadership in the public . She married Marcus in 1919  and divorced in 1922. In 1932,she moved to London and continued her pan-Africanist and political career.

While in Great Britain , she met Ladipo Solanke  and founded the Nigerian Progress Union (NPU) . She moved to New York in 1924 but  returned to London in 1934 where she assisted in setting up  the International African Friends of Abyssinia . Throughout her career , she moved in and out of London working on different projects  to free Africa from colonization and discrimination of the Black community in the UK and USA.

These women stood up and campaigned for justice ,equality ,women empowerment  and  rebelled against mental and physical degradation. They faced  hurdles  such as brutality ,harsh skepticism and mockery  but they still did their best to pioneer a way for the women of the future generation . They sparked and fanned a revolution and they make me so proud to be a Black woman . Their mark in history deserves to be celebrated , it is the only way to continue their legacies. 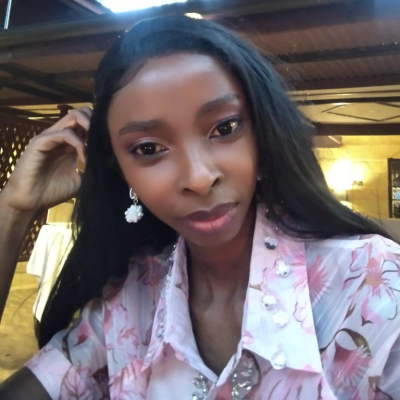