Josh Cavallo Isn’t the Only Openly Gay Footballer, Just the Only Male One

Josh Cavallo Isn’t the Only Openly Gay Footballer, Just the Only Male One

As we congratulate Josh Cavallo in becoming the first actively playing professional footballer to come out as gay, we must question why we are not acknowledging the fact that women’s football has been an LGBTQ+ haven for a long time.

“I am a football player and I am gay.”

The very fact that a link exists between a profession and an individual’s sexuality brings attention to a key problem present in a universally loved sport. Australian Josh Cavallo, a 21 year old footballer for Adelaide United, made this statement in an Instagram post this week. He is considered the first active athlete in the highest divisions of the sport to publicly come out as gay.

Cavallo’s statement is only something to be celebrated, and he identifies the twofold benefits of coming out publicly: the ability to live authentically, and the subsequent contribution to the normalisation of diverse identities within football.

However, the reality is that LGBTQ+ identifying footballers are out everywhere – but most of them are women. Thus, the question arises: why, until now, were there little to no openly LGBTQ+ identifying individuals in men’s association football? And why does the women’s sport not appear to have this problem of exclusion?

Women’s association and international football appears to have conquered the issue of homophobia within the sport before such a dilemma could even begin to exist. The modern face of the women’s sport, undeniably, belongs to Meghan Rapinoe, an openly LGBTQ+ woman and activist, who demonstrates pride in her sexuality both on and off the pitch. Her proclamation, “Go gays!”, during the 2019 Women’s World Cup, was heard globally – it was this tournament that saw 40 openly out players compete. Here, Rapinoe affirmed it was not possible to play and win without gay players.

Statistically speaking, she’s absolutely correct. This was a thought reiterated by a legend of Birmingham City men’s club, Troy Deeney; in conversation with filmmaker Louis Theroux, Deeney answered the question ‘Where are all the gay [male] football players?’, with ‘They’re there. They’re 100% there’.

And whilst they are, the men’s sport remains defined by a series of entrenched cultural problems which prevent these players from living authentically. Homophobia, misogyny, and toxic masculinity often go hand-in-hand. As a ‘lads’ sport, football is certainly susceptible to enabling the former. One must only converse with a typical fan of the sport to identify certain ‘lad culture’ red flags – discussion of ‘fit WAGS’ (wives and girlfriends), the berating of female fans of the sport, and the overly aggressive abuse directed towards teams and individual players when a loss is incoming. Essentially, to succeed at football, you need to be more than good – you need to be one of the boys, fitting into a precise status quo where LGBTQ+ individuals are rarely welcomed.

Because of this, it is unsurprising that the most famous LGBTQ+ male footballers are unfortunately known through tragedy. Justin Fashanu, the first male professional footballer to come out as gay, is amongst the more well-known names.

Fashanu was open in detailing the abuse he received from fans during matches, highlighting a significant obstacle to allowing LGBTQ+ athletes to compete comfortably and safely. The passions of the football community often translate into verbal brutality, almost always going beyond reasonable criticism and jumping straight to abuse where it will hurt most. We must only look back on the 2021 Euros, in which the entire country stood proudly behind the English men’s national team, only to be defined by a loud faction who resorted to racist taunts following a loss in a tense penalty shootout. It is unnerving to think about the potential online and in-person abuse an openly LGBTQ+ player may face should things not go to plan on the pitch.

This homophobia is not limited to fanbases – it is a systemic problem which festers at management level. In the late-1990s, Fashanu’s performance deteriorated exponentially following his coming out, a sensation which is attributed to the homophobia he faced from his team’s management. Brian Clough, then-manager of Fashanu’s team Nottingham Forest, banned Fashanu from training with the team, and, in his autobiography, even detailed his berating of the player for visiting gay nightclubs. Fashanu’s career was tragically cut short by his suicide following years of harassment from the tabloid press.

Gay footballer Justin Fashanu hanged himself in the ’90s after being berated by his coaches and the press.

This is the unforgiving reality LGBTQ+ male athletes had to face in the 1990s. But what about the modern game?

Unfortunately, the potential for abuse persists in the men’s game. Earlier this month, whilst presenting evidence on the Online Safety Bill (designed to prevent online abuse), Manchester United legend Rio Ferdinand revealed that he had encouraged an LGBTQ+ player to come out publicly, but the individual was later advised against doing so. An element of fear appears to exist within the men’s game, that threatens the safety of players who identify as LGBTQ+.

This fear is, ultimately, the difference between men’s and women’s football. Women’s clubs have been said to have an atmosphere of acceptance, trust, and empowerment, whilst men’s clubs prioritise results and audience satisfaction over the wellbeing of an athlete. As the ‘other’ of the two versions of the game, women’s football tends to attract an audience that is perhaps more focussed on the game itself, rather than the details of the players behind it. To become a safe environment for its LGBTQ+ players, men’s football must follow suit. Individuals on every level of the men’s game must do their best to eradicate the current culture associated with football.

It is because of these obstacles that Josh Cavallo will be historicised as a trailblazer, paving the way for a new generation of football. Though the significance of his decision to publicly live as his authentic self may not attract the admiration of some football fans currently, it will certainly be remembered as a defining act of bravery that will be replicated in years to come. 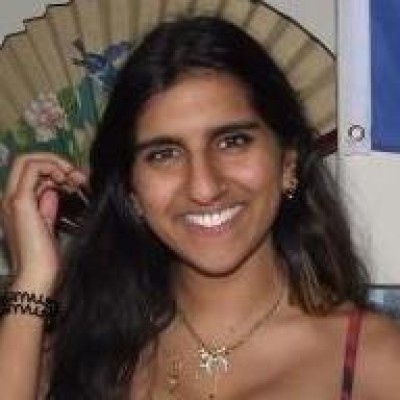 October 26, 2021 Why Gen Z is Leaving Social Media
Next post