Social media. I’m in a love-hate relationship with it. Sometimes it’s good – it helps me catch up with my friends when I can’t meet up and see them (great during lockdown). Sometimes, it’s not so good, exacerbating an already existing feeling of loneliness and isolation. It causes me to compare myself to others based on false perceptions perpetuated by their content.

I’m going to come straight out with what I think about social media here – I think it’s useful, to an extent, but we should all try to limit our time spent using it, for the sake of our mental health. We should use it to keep in touch with friends and to follow a few accounts you find inspirational or calming. But don’t go overboard and let it overwhelm you with negative emotions. Easier said than done, sometimes, I know.

I was surprised when skimming the web one day for news and articles to find that I’m not alone. I came across a report written by the BBC discussing how much Gen Z has a rocky relationship with social media, and some are even leaving it for good. This sparked some creativity in my mind and thus this column was written. According to another article written by Erica Sweeney for Marketing Dive (2018), “Thirty-four percent of Gen Zers, or people born between the mid-1990s and early 2000s, say they’re permanently leaving social media, and 64% say they’re taking a break from platforms…”

Personally, I think this is fascinating. A few months ago, I started taking regular breaks from certain types of social media; it seems some work better for me than for others. It didn’t take long for me to almost leave Facebook entirely, now only logging in to change my profile picture, update my profile and to check up on any posts from those close to me. I use Instagram, but don’t often post anything myself, instead, checking in when I get notified about an account I follow.

I have what’s known as regular “digital detoxes,” and I highly recommend them. Log out of social media, go outside, read a book, meet up with friends. Lockdown had us all glued to our phones when we couldn’t see people in person, and so, we adopted a virtual personna of sorts, which I think has damaged us.

The main reasons listed for Gen Z leaving social media included: the inclination to waste time on the platforms, too much negative content, the fact that they don’t use it very often, a lack of interest in most content, privacy concerns, too much pressure to gain attention/likes/followers, too much commercialisation, and that social media causes them to feel bad about themselves.

I think a major problem with social media these days is that the content created is not often aimed at our generation. I find a similar issue within the media and publishing world. Not much content is created by us, for us. Instead, we are bombarded by information that is intended for an older generation of people – Millenials and above. There isn’t much out there for us to relate to, causing a real gap in the market and ensuring that Gen Zers have a lower intake of news and media than of the generations before us.

Gen Z is interested in social change. Accounts that post and share content like this are more popular with us than those that don’t. In order to keep us, influencers and platforms need to change their tactics. Accounts that focus on climate action, LGBTQ+ individuals and other marginalised groups are far more enthralling to us than those who are there to gain the most likes and followers.

Mental health, self-purpose and identity are strong with Generation Z, and our distrust of corporations and institutions may have also impacted our reasons for leaving social media. 30% say they feel excluded by brands because of their identity – an increasing problem, not because there are more marginalised groups now, but because mainstream media and society are failing to include us and make us feel welcomed. (Sweeney, 2017).

As discussed earlier, social media and big brands need to change their motives if they are to keep hold of a Gen Z audience and market. Until we are the ones in power, creating the content and driving the changes, I don’t really see this happening. I believe social media will have many more dips and losses from us because it simply doesn’t reach out to our generation. As for myself, I will continue to use varying platforms I think, but unfollowing those who don’t bring me joy, and restricting my time spent on these platforms has definitely benefited my overall mental wellbeing. Our mental health is not worth any trends or viewing figures if it makes us miserable. 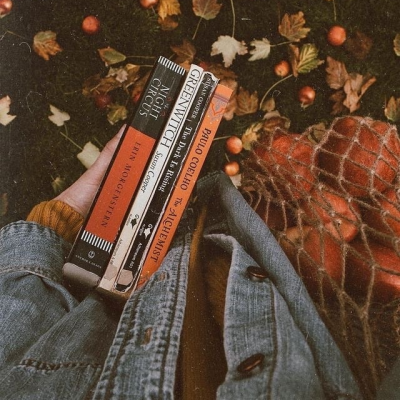 October 21, 2021 Why Social Media is the Fire of our Generation
Next post

October 29, 2021 Josh Cavallo Isn't the Only Openly Gay Footballer, Just the Only Male One