Kath and Kim is Returning for a Two-Part Special

Get that Chardonnay because Britain’s favourite Aussie duo, Kath and Kim, is set for a return to our screens

Unbelievably, it has been 20 years since Britain fell in love with Australia’s Absolutely Fabulous-esque sitcom, Kath and Kim. Channel Seven TV executives have revealed that the comeback will be a two-part epic, titled, Kath and Kim: Out Effluent Life. The storyline will dive into the lives of the pair since the last season aired, which was more than a decade ago. There will also be a few behind the scenes clips, with unaired moments, and some iconic guest appearances.

Kath and Kim first came to Australian TV in 2002. It instantly became a comedy classic, and at one point, it was even Australia’s highest rating show on TV – a feet rarely matched for a comedy sit com. Over its five year run on Channel Seven, the show’s writers, Gina Riley and Jane Turner – who also happen to play the main characters – released 4 seasons, with 8 episodes each. The show also churned out many spin offs, including, Da Kath and Kim Code in 2005, and Kath and Kimderella in 2012. The final ever episode of the original series became Australia’s most watched TV episode of all time.

“It’s fascinating and delightful to see audiences around the world still loving Kath & Kim after 20 years,” says executive producer, Rick McKenna. He continued, “It was great fun getting the team back together, plenty of laughs all around, which we look forward to sharing very soon.”

The show follows the day-to-day life of suburban mom, Kim, and her spoiled and ungrateful daughter, Kim. There is also a beloved character, Sharon: a family friend who is always chasing guys, and talking about her love for sports. Another stand out character is Kel Knight, who is Kath’s saucy love interest. The pair often get up to no good, frolicking around the house in the nude, and having a bizarre medley of hobbies. The premise of the show is incredibly simple, but what makes it so memorable is the peculiar catchphrases like “look at moi” and the relatable mockery of suburban life. You don’t have to be Australian to pick up the jokes, as it finds humour in the ordinary and mundane life of families who live on the outskirts of cities. And this is something that transcends borders. 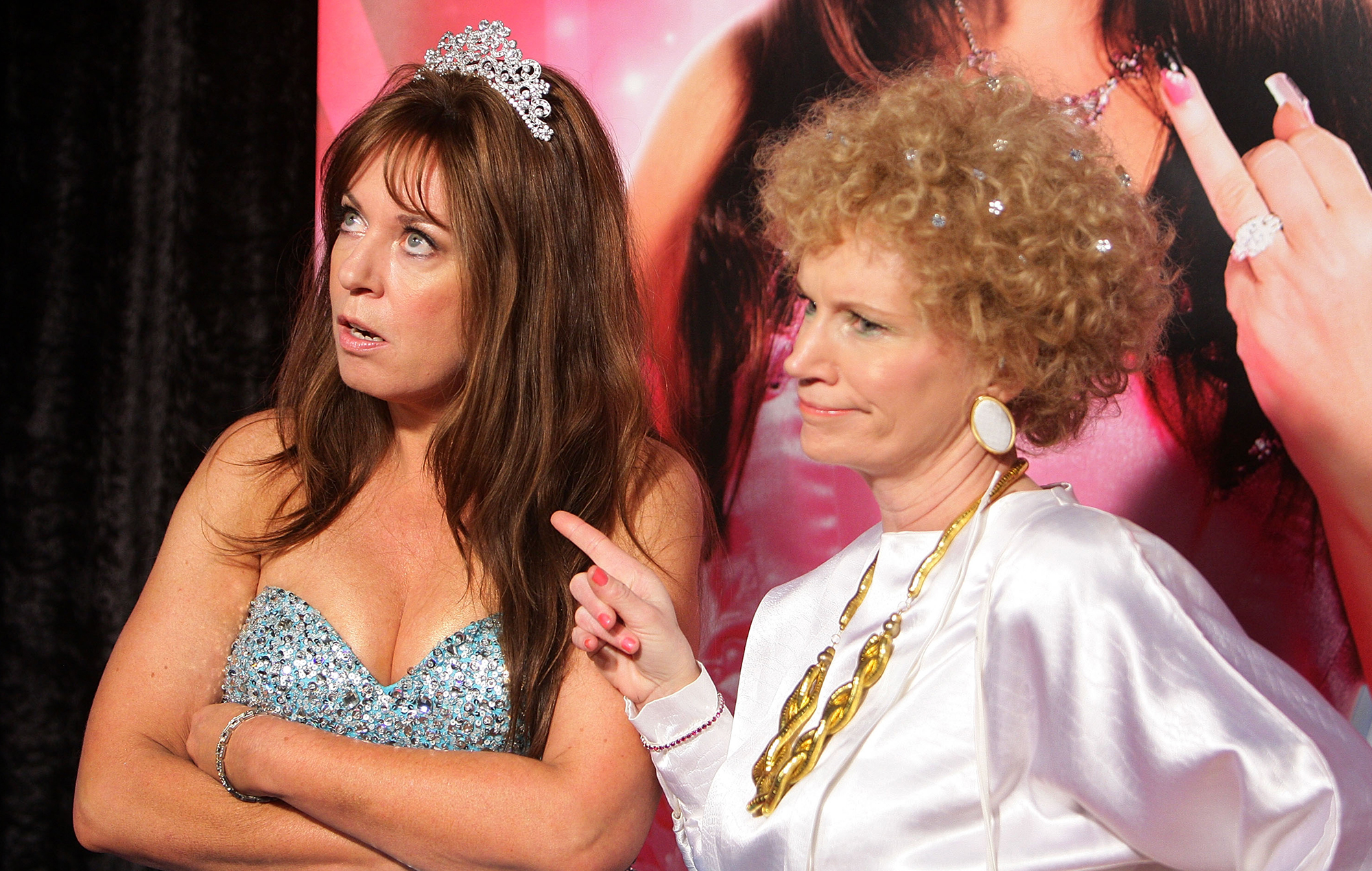 Kath and Kim on the red carpet (The Guardian)

Channel Seven’s Chief Content Officer, Angus Ross, is one of the behind-the-scenes suits that fans have to thank for the comeback shows. In a statement, he said, “Since I was a young lad, I’ve admired the elegance and poise of Kath Day-Knight – and her clowning glory. “In fact, it’s safe to say she was my first crush.” He continued to share his excitement, “From high-couture to yoga, Kath and Kim have had an immeasurable impact on the world. “While I still find it difficult to look Kath in the eyes without blushing, it is an honour to be able to reunite them with their adoring fans.”

Kath and Kims reunion, titled, Kath & Kim: Our Effluent Life, will come to Channel 7 and 7plus later on this year. UK TV channels are set to bid for the rights to broadcast the show. But it is more probable that it will be released straight to streaming platforms towards the Christmas period. For now, you can prepare by watching all 4 seasons on Netflix.

October 13, 2022 An Interview with Just Stop Oil protestor
Next post