The Legend of Zelda: Tears of the Kingdom To Launch in 2023

The long-awaited sequel for 2014’s The Legend of Zelda: Breath of the Wild was announced on September 13th

Most of the game’s details remain a mystery, with the cryptic trailer focused mostly on ancient paintings depicting various races, Zelda and Link. As this is a sequel, Breath of the Wild’s open-world will return, along with a new flight mechanic and possibly new runes.

Much of the new content has been allegedly inspired by leftover ideas from the DLC and the prior game’s brainstorming sessions. This is why the trailer incorporates the skies above Hyrule as a new feature to be explored. The first teaser trailer was released in the E3 2019 Nintendo Direct, though most fans of the series will have forgotten about the initial preview since the pandemic. During that time, the sequel was untitled.

At E3 2021, Nintendo revealed some story elements and gameplay, on top of a planned 2022 release date. As this is a big Zelda game, everyone knew it would most likely have delays, as confirmed by producer Eiji Aonuma in 2022.

Hidemaro Fujibayashi will return as director for the game. Of course, the new trailer, along with all previous ones, has given fans enough content to begin speculating the game’s plot and gameplay. The 2019 trailer’s most notable feature was a decrepit corpse who was in an even worse state than the Sheikah monks found in the first game. Most users theorized that it could be Ganondorf, due to the mummy’s long red hair and corresponding Gerudo jewellery.

The 2021 trailer showed a new magical effect that seems to turn everything grayscale and freeze it in place before reversing its movements. The trailer also showed a massive new weapon: a gauntlet-flamethrower hybrid.

There are some theories that Zelda might be a playable character, due to her new short haircut. However, the latest trailer has all but confirmed the contrary.

Finally, there’s a belief that the Zonai will play an important part in the story. The Zonai are an ancient precursor race of warriors presumed extinct, whose existence is known by ruins and the Barbarian Armor set available in Breath of the Wild.

One of their recurring motifs is a red spiral pattern that can be seen in much of their architecture, present in the ruins.

What’s certain is that players will get to explore the skies of Hyrule, an element only explored in full during Skyward Sword.

The Legend of Zelda: Tears of the Kingdom is set to release on May 12th, 2023. Watch the trailer here. 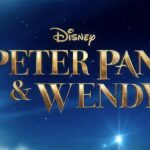 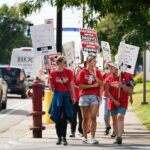