The Duchess of Sussex Meghan Markle (41) has been a Counsellor of the One Young World Summit in Manchester since 2014. In particular, Markle served as the keynote speaker for the event and opened up about her experiences during other summits in past years. The Duke and the Duchess returned to the U.K to take the stage of the summit last Monday.

This is their first joint work visiting England since they returned from their senior royal roles in March 2020. They travelled to the Northern city by train from London Euston.  Their last appearance in the UK was for the Queen’s Platinum Jubilee in June. During this visit, they introduced their daughter Lilibet Diana (1) to Queen and grandfather Prince Charles (73).

Markle reportedly wore a scarlet £471 Another Tomorrow blouse and £541wide-legged trousers when she arrived at Bridgewater Hall alongside the Duke. Earlier in the day, the couple participated in a private round table on gender equality. Meghan Markle attended the One Young World Opening Ceremony in 2019 at the Royal Albert Hall. She also hosted another roundtable for gender equality activists at Windsor Castle. The event brought together leaders from 190 countries and marked Meghan’s first in-person speech on the matter of gender equality since she quit as a senior working royal.

One Young World is a forum working with young leaders in all countries and joining forces with companies, civil society, and people on the frontline of climate change to inspire climate action worldwide. Since its launch, the organization has grown to an impressive network of 13,700 ambassadors and has impacted an estimated 35.8 million people worldwide.

During her speech, she stated how in 2014, she was “young, ambitious and advocating for the things I deeply believed in. And also looking around and wondering how on Earth did I get here?” She motivated the audience to reflect on their opportunities, surrounded by world leaders, humanitarians, prime ministers and activists. She shared how she was thrilled that her husband could join her at the time, and the royal couple shared romantic moments by holding hands throughout their time in public. Markle thanked the audience and declared the 2022 One Young World Summit officially open.

A spokesperson for the couple stated that the Duke and Duchess of Sussex are delighted to visit several charities close to their hearts in early September.

You can find more information on their endeavours here. 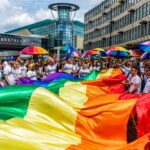 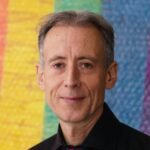