Ned Fulmer, the self-claimed ‘family man’ recently left internet group The Try Guys after it was revealed he had engaged in a workplace affair

The Try Guys are a group of Youtubers who rose to fame for their review videos in which they tried various things, such as sampling menus at restaurants and even trying a machine that simulates labor pains. The group consists of Eugene Lee Yang, Keith Habersberger, Zach Kornfeld, and Ned Fulmer, and were first established on Buzzfeed before establishing their own production company in 2018.

Until this week, Ned Fulmer was considered a typical family man, with two young children and a wife, Ariel Fulmer. Many had coveted his wholesome family-oriented lifestyle and loving relationship. That was until he released a statement yesterday announcing he had left The Try Guys as a result of his workplace affair with producer Alex Herring.

The statement from Fulmer read, “Family should have always been my priority, but I lost focus and had a consensual workplace relationship. I’m sorry for any pain that my actions may have caused to the guys and the fans but most of all to Ariel. The only thing that matters right now is my marriage and my children, and that’s where I am going to focus my attention.” Fulmer’s wife Ariel also posted a statement to her Instagram account reading, “Nothing is more important to Ned and me than our family, and all we request right now is that you respect our privacy for the sake of our kids.”

Rumors had been spreading about Ned’s departure from The Try Guys for a while as he hadn’t appeared in the channel’s most recent videos or on recent podcast appearances. Then, a Reddit user accused Fulmer of kissing a woman who was not his wife outside a New York club. The post was accompanied by a blurry image, however, the identity of the couple kissing is yet unconfirmed.

Previous to Ned’s Instagram revelation, The Try Guys had announced they had stopped working with the former member. 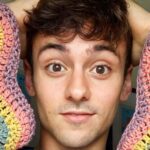