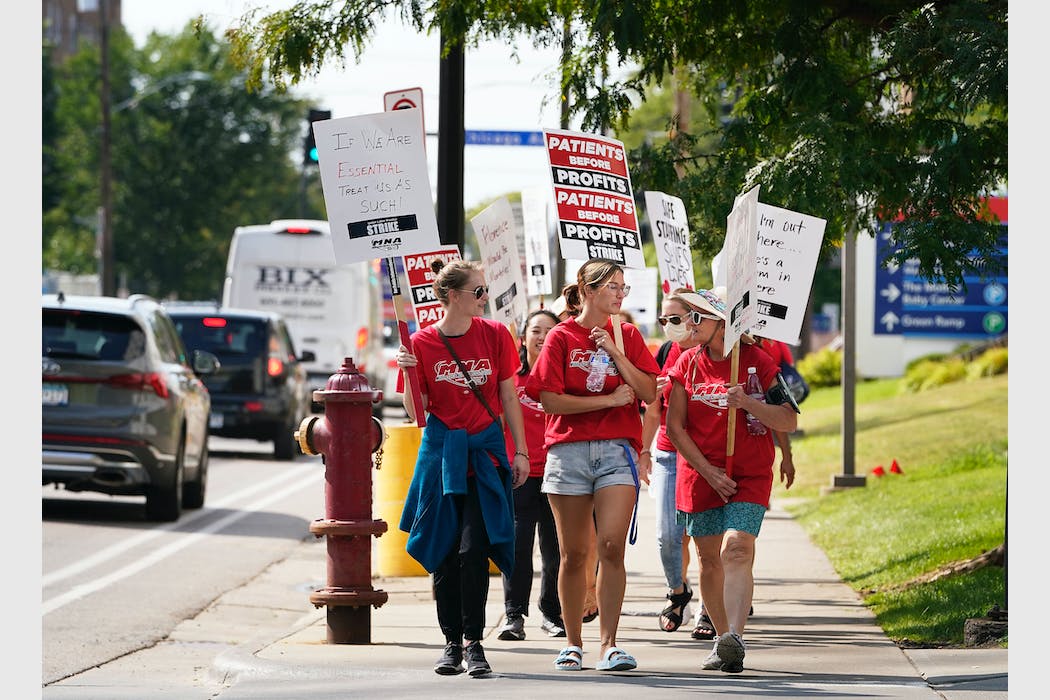 It all began on September 1st when nurses represented by the Minnesota Nurses Association announced that 15,000 nurses throughout the state would be on strike for three days, starting on September 12th. The reason for the nurse strike was stated to be “to fight for fair contracts to put patients before profits,” according to the press release directly issued by the Minnesota Nurses Association.

Nurses are protesting understaffing and low pay. Most of all, they are protesting the corporatization of healthcare. The strike is the largest private-sector nurse walkout in the history of the United States.

The nurse strike reportedly affected around a dozen or more hospitals in the Twin Cities and Twin Ports. Some of the nurses will be returning to work soon, although there’s no word on negotiations aimed at the issues affecting contract dissatisfaction.

The union has proposed solutions to address the understaffing and safety issues. A major point in their suggestions includes proposing a new mechanism for nurses to have a significant seat at the table when it comes to staffing the wards.

Some users went to social media to provide deeper context on the situation. Hospitals refuse to pay competitive wages for the area and explained in meetings that they are aware of their rates. Most of the issues stem due to the pandemic and post-pandemic accommodations many hospitals had to perform to fulfil the safety and staffing demands. Allegedly, nurses are being told to use cookie-cutter patient plans rather than relying on their expertise.

This has sparked a wave of distress among many nurses, as they navigate the uncertainty of attending to children and other healthcare professionals

Mary Turner, president of the Minnesota Nurses Association, expressed in a press conference that nurses are fighting for their very profession. And, hospital managers are pressuring the nurses to do more with less, and many times for less compensation.

The Minnesota Nurses Association represents more than 22,000 nurses and related healthcare professionals in the Upper Midwest.

As described by one of the interviewees, a nurse gave birth to two children during her years working, and in each case had to fund her own maternity leave by using sick time and vacation days.

One of the nurses interviewed expressed how the hospital managers are practically sending them scripts to use at the patients’ bedsides, and handing out decisions made off-site, without taking into account the nurses’ everyday struggles. September 20, 2022 5 Celebs Spotted on Dating App for the Famous, Raya