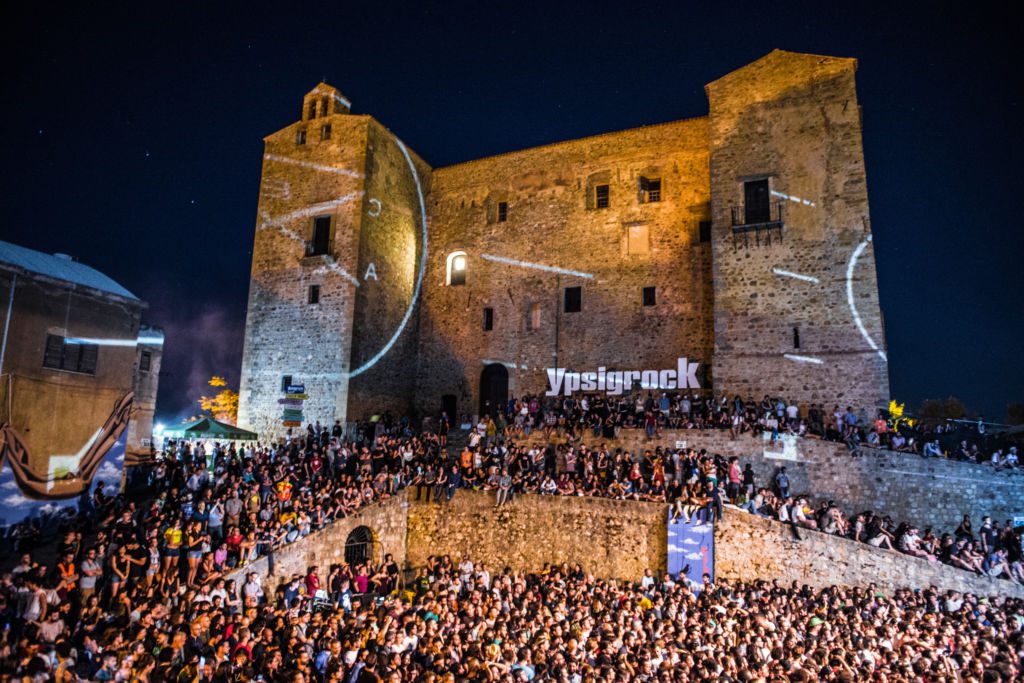 Summer means essentially one thing for music enthusiasts: the peak of festival season.

During late winter and early spring, some of the biggest festivals around the world start to announce exciting line-ups full of the most famous international acts and, as life slowly comes back to some level of normality after a two-year pandemic, thousands of fans gather to enjoy not only the spectacular performances of their favourite artists but also the unique vibes and freedom of these events. When we think of music festivals, some names come to mind: Glastonbury, Sziget, Primavera Sound, Lollapalooza, Tomorrowland, Reading & Leeds, Roskilde, End of the Road…the list goes on. But this time, we’re talking about an independent festival that brought the loudest music to a tiny village in the Sicilian mountains, that celebrates its 25th anniversary this year. Previously awarded the “Best small festival” in Europe, Ypsigrock Festival is small but mighty. 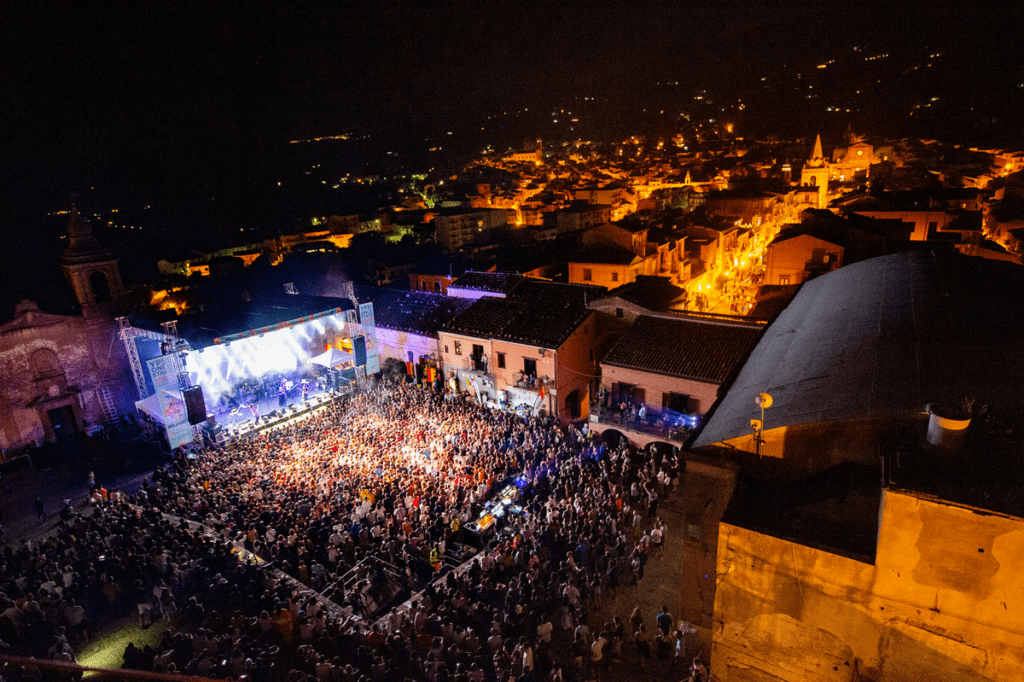 Ypsigrock Festival was founded in 1997 by Gianfranco Raimondo and Vincenzo Barreca, two friends from Castelbuono (in the province of Palermo) and hardcore music fans who wanted to recreate the atmosphere of international festivals in their hometown. Castelbuono is a village in the Sicilian countryside, in the Madonie mountains: it may look like a relaxing place where nothing happens, but it’s actually a thriving centre for food, culture and music. Its culinary tradition is internationally represented by the Fiasconaro family, whose production of Panettoni, pistachio and manna creams, ice cream and other typical sweets is a must to taste for anyone visiting.

Historically, Castelbuono saw the succession of Greek, Roman, Arab and Byzantine populations, but it was officially founded in the early 1300s by the Ventimiglia family, who decided to build a majestic castle which gives name to the village; walking around the town, one’s struck by the beauty of its churches, historical buildings and alleys, as well as the stunning surrounding natural landscapes. Musically, the village is on any music fan’s map: in fact, in August the main square prepares to host the Jazz Festival and the Ypsigrock Festival, which have both reached their 25th edition this year and are considered two unmissable events of the Sicilian summer.

The name of the festival is the mix of “Ypsigro” – Castelbuono’s ancient name – and “rock”; its first edition in 1997 lasted only two days and mainly hosted local artists. In the following years, the bill got enriched with some of the most important names of the Italian alternative scene (such as Afterhours and Marlene Kuntz). And, in 2000, the first international group – Venus from Bruxelles – made its appearance on the main stage. 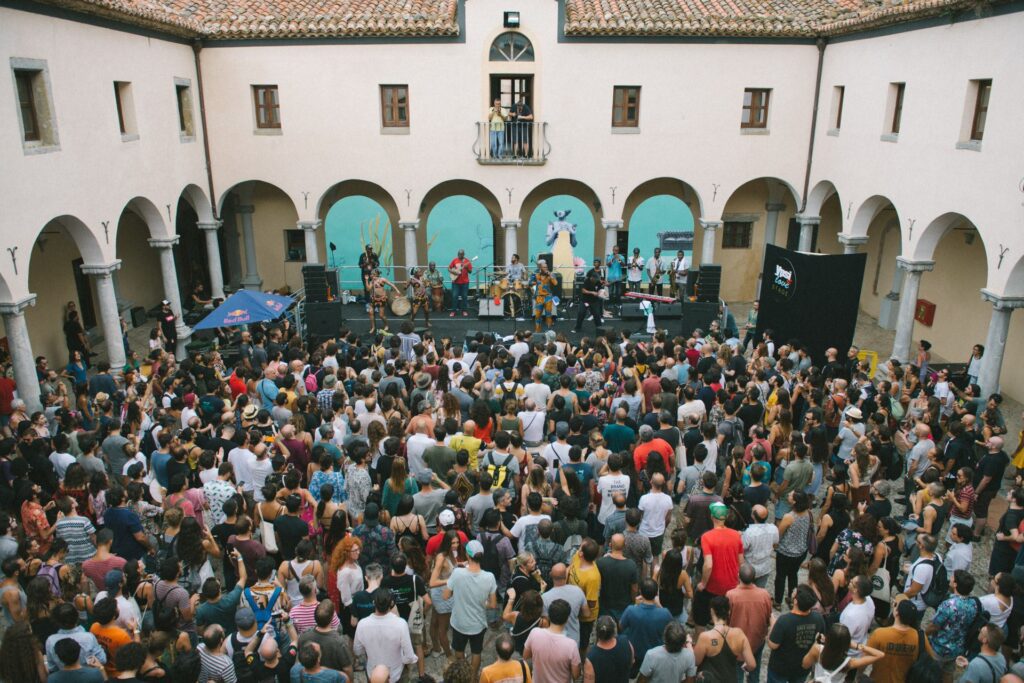 In the 2010s, more and more artists – both well-known acts of the alternative genre and from the indie scene – played at the festival, expanding Ypsigrock’s international interest: Dinosaur Jr, Alt-J, Primal Scream, Editors, Anna Calvi, Fat White Family, The Vaccines, Fontaines D.C. and Pip Blom are just some of these names. During the afternoon, the smaller acts play in different venues around Castelbuono (such as St. Francesco’s cloister and the ex-Church of the Crucifix), while bigger performances are held in the evening in the main square, right below the castle, colourfully lit for the occasion, with the crowd standing and sitting everywhere: you can imagine the beauty and excitement. Also, at the end of each festival day, the camping in the woods around Castelbuono (named Ypsicamping) is ready for the afterparty, with music and drinks all night long.

This is enough to explain why Ypsigrock Festival’s new line-up is awaited with impatience each year. At the end of every edition, fans share their memories, photos and videos with each other and add their newest festival’s wristband to their jealously-kept collection, waiting for the next one to come. Ypsigrock is not just an event: it’s a celebration of life, beauty and harmony in the purest form, which is something only good art can do, and its motto “the future is already nostalgia” perfectly represents the desire to experience these feelings again after the festival’s over and everyone goes back to their everyday lives.

It’s not easy to illustrate what Ypsigrock really is to someone who has never attended: some say that it’s the Woodstock of our day, others that it’s a smaller version of Glastonbury. But, what’s sure is it’s a one-of-a-kind experience. This year’s edition was held between the 4th and 7th of August and featured lots of interesting artists, such as The Flaming Lips, DIIV, Goat Girl, Yard Act and Self Esteem.