In From The Side: The Gay Rugby Drama Flick Coming to A Screen Near You

‘In From The Side’ is more than just a feast for the eyes, its also an important exploration into some of the most relevant queer topics.

There’s a new gay movie coming to cinemas, and this one is a powerful and raunchy drama between two rugby players. ‘In From The Side’ is an ambitious directorial debut, from Matt Carter, that delves deep into the aftermath of an affair between two players.

The film recently premiered at the BFI Flare: London LGBTQIA+ Film Festival, to a sold-out crowd. The plot follows Mark, played by Alexander Lincoln, who is a new recruit to the rugby team. He is immediately attracted and drawn to his teammate, Warren, who is played by the handsome Alexander King: a more “seasoned first team player.” The drama begins when a drunken session leads to a passionate affair, which sees them hiding from their long-term partners and other teammates. But the excitement doesn’t last for very long, as Warren and Mark start to get paranoid, and keeping their affair a secret becomes incredibly difficult.

Although the plot seems pretty generic, in reality, it’s far from it. “I was very privileged to be at the world premiere of this film,” says one viewer from the BFI Flare showing. “ I was blown away by this film. What at first seems to be a film about two gay men who embark on a relationship, spins out into a much bigger story about gay men trying to navigate life and love and friendship. I really enjoyed watching it. I would highly recommend the film,” they continued.

The timing of In From the Side is perfect since the movie also navigates important conversations between LGBTQIA+ people in sports. Director, Mathew Carter mentions in an interview to Pink News: “I’ve been involved in inclusive rugby for about eight years as a player, coach, and referee. Rugby has always been this vibrant culture I’ve been so fascinated by.” Mathew then continues to share his passion for the sport, “There are so few rugby films anyway, let alone ones that explore queer sports. I think there are a lot of ‘coming out’ and ‘homophobia’ films and I was interested in getting beyond that.”

Another important topic that the movie taps into is the stereotype of gay men and monogamy. We had to hone in and focus on the central storyline – a uniquely forbidden love story,” says Mathew. “It doesn’t come from homophobia or coming out, it’s a film about monogamy, adultery, and open relationships which aren’t explored very much in other gay films.” Although the film is incredibly sexy, with steamy show scenes, and plenty of mud wrestling, the storyline is grounded in its relatability and its clever way in exploring sensitive topics within the community.

‘In From The Side’ reaches cinemas on 16th September 2022. But if you’re impatient, it’s worth checking out the official website, as pop-up screenings are often available at various festivals and events. 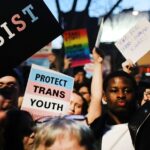 August 11, 2022 Tavistock Centre Closes: What This Means For Trans Kids
Next post 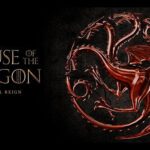