Is Tom Daley planning on hanging up his Speedos for good?

In the Tokoyo Olympics in 2021, Tom Daley hit headlines around the world, but for not the reasons you might initially expect. Amongst the cheering crowds, the waving flags and the tense athletes sat a calm and composed Tom, knitting away, making a multicoloured jumper. “The one thing that has kept me sane throughout this whole process is my love for knitting and crochet and all things stitching,” he said, sitting on the poolside. Although many around the world thought it was a publicity stunt, Tom was in fact being genuine: as knitting and crocheting is his form of relaxation and meditation. And, it’s something that clearly worked, as Tom, and his diving partner Matty Lee, snatched a gold medal from the Chinese favourites. 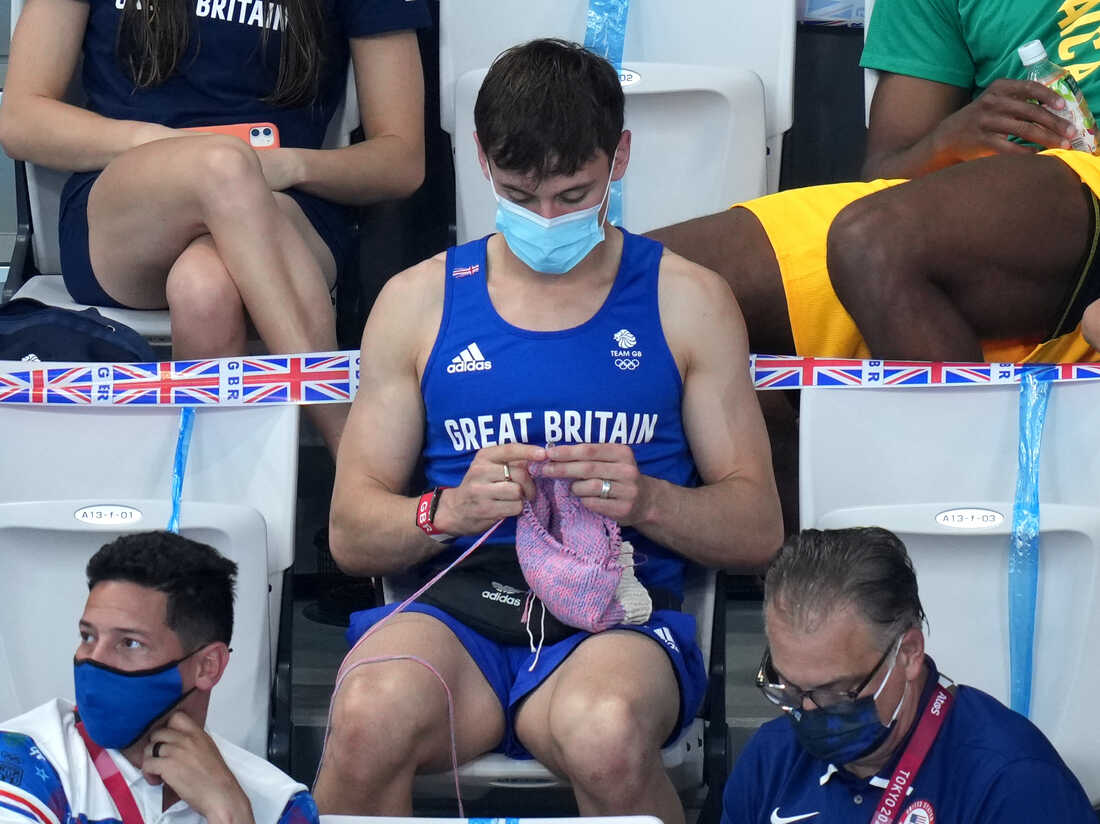 Tom Knitting at the Olympics (NPR)

As Tom reaches the winter of his sporting career, a new adventure is inevitable. The 28-year-old has already had numerous commentating responsibilities, travelling tv shows and even his own diving reality show. But all these generic options aside for retired sporting legends, Tom is forging his own path, in the knitwear fashion industry. “Once I finish diving I want to be a designer for life,” he said, in an interview with Grazia. Tom has already flirted with the idea of giving up on his diving career, after being exhausted by the pressure. 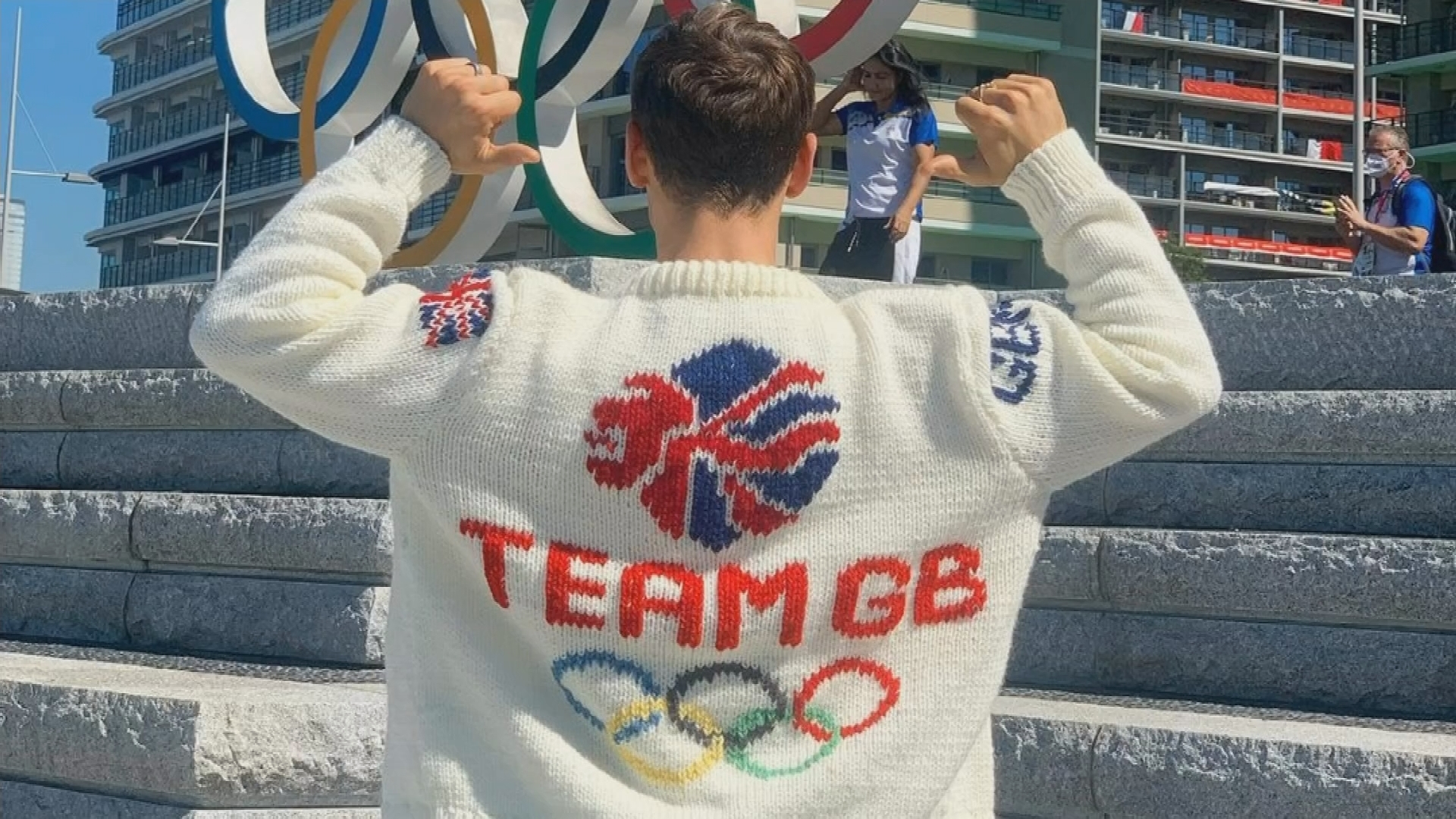 Tom at the Olympics in a self-made jumper (ITV)

In the same interview with Grazia, Tom confesses the hardships of growing up in the public eye, and how the sporting attire gave him body confidence issues. “I wanted to walk away from the Sport,” he said, reflecting on his turbulent career to date. “So then all of a sudden I’m on the diving board thinking, ‘Oh gosh, everybody thinks I’m fat.’ And that really, really messed with my head,” he said. “It gave me all kinds of body image issues that I still have to this day,” Daley notes. “I had a real struggle with bulimia for a while.”

Since coming out on the infamous YouTube video, Tom has begun to accept his sexuality, and is now in a loving marriage with his husband, film director, Dustin Lance Black – they even have a child together, called Robert. Tom’s journey sporting journey and personal life have made him a role model for queer kids across the country.

Last year, Tom launched his own fashion label, called Made With Love. He generously donated all the profits to Rainbow Railroad – a fabulous charity that helps LGBTQI+ refugees from around the world escape persecution and find safety in the UK.

Nowadays, Tom seems at peace with his career and his current path in life. “I love this new collection and I love summer, being outdoors with my family and friends, going on holiday, having a BBQ or a party on my rooftop,” he said. “This collection for me sums up that feeling and contains pieces you can create that can be part of your summer memories.”