Is Eurovision Coming to Your City in 2023?

The UK could host Eurovision for the first time since 1998

Ever since Ukraine won 2022’s Eurovision Song Contest back in May of this year, there has been widespread speculation as to whether Kyiv could host the singing competition due to the ongoing war with Russia. Finally, the European Broadcasting Union has broken its silence and it’s very possible that the UK will host in 2023.

The EBU has pretty much confirmed that Ukraine is unable to host the contest, due to safety concerns. The EBU released a public statement addressing its thought process, “At least 10,000 people are usually accredited to work on, or at, the Eurovision Song Contest including crew, staff, and journalists. A further 30,000 fans are expected to travel to the event from across the world. Their welfare is our prime concern,” it said, referencing the conflict. “It is therefore critical that decisions made in relation to such a complex live television event are made by broadcasting professionals and do not become politicized.” The decision follows a pattern in the music industry, whereby no international musical acts are scheduled to visit Ukraine in 2023.

As the news broke, this year’s winners, Kalush Orchestra voiced their distress to Metro, “I’m very disappointed because we had hoped to host it in Ukraine,” said Oleg. ‘It’s very important to help our country at the moment.” He continued, “We help as much as we can. I have a volunteering organisation, one of my musicians is fighting on the front line, and we’re also raising donations and money from the ticket sales, and we send it all to Ukraine.”

Since March of this year, Ukraine has been defending itself against neighbouring Russia, which launched a full-scale military invasion of the peaceful nation. Over the course of the year, Russia has seen a unified condemnation of its actions from international governments, the private sector and the sports and the entertainment industry. And the Eurovision Song Contest is no exception.

The news that the UK could host the competition has even reached Number 10 downing street. A spokesperson hinted that if the UK were to host, it needed to reflect “Ukraine’s rich culture, heritage and creativity, as well as building on the ongoing partnership between our two countries”. However, Nadine Dorries, the UK’s minister for culture deflated the excitement. Her tweet read, “Spoke to @Otkachenkoua this afternoon to discuss the Eurovision Song Contest. We remain 100% supportive of our friends in Ukraine being given the opportunity to host Eurovision next year and demonstrate to the world the enduring richness of Ukrainian culture and creativity.” Dorries continued, “We call upon the @EBU_HQ to review their decision and to ensure that Ukraine’s proposals are given full and proper consideration. They won it, they quite rightly want to host it. Slava Ukraini.” 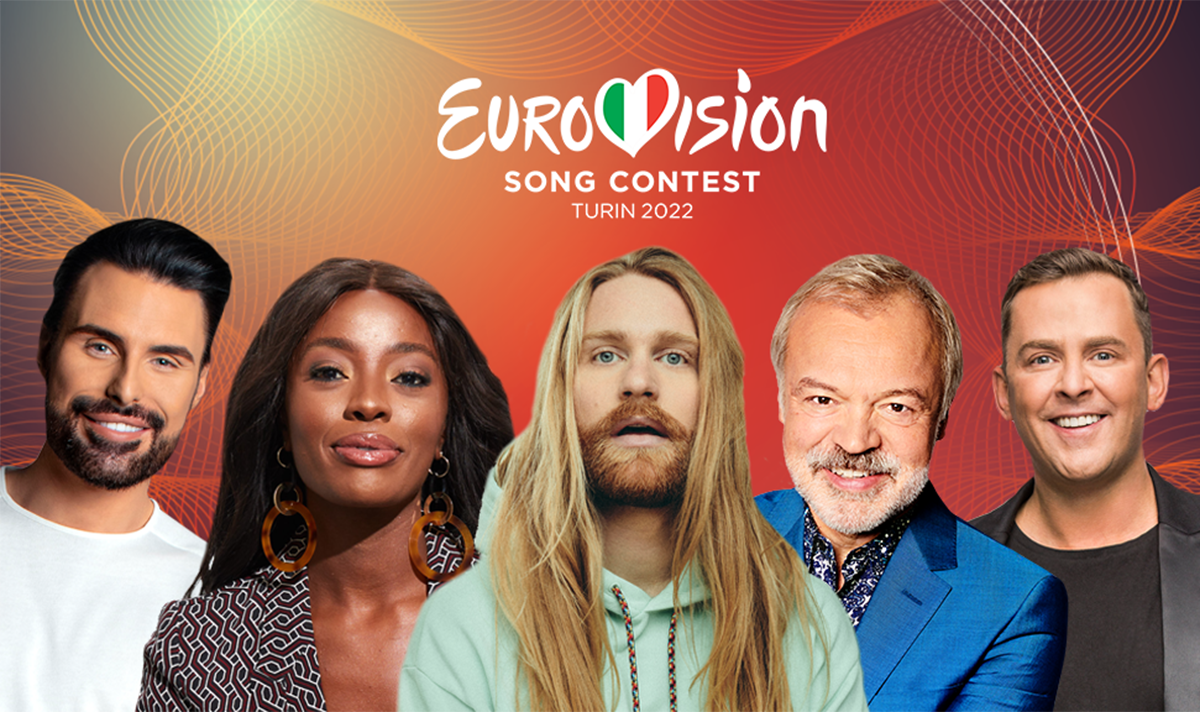 Rumoured presenters of Eurovision 2023 (From Express.co.uk)

Despite the government’s dousing enthusiasm for the UK to host, it hasn’t stopped the bookies from putting forward their predictions for next year’s contest, who have named Glasgow as the favourite! The Scottish city is closely followed by Birmingham, London, and Cardiff, which all meet the requirements set out by the European Broadcasting Union.

For many, hosting Eurovision seems like a burden and a waste of taxpayers’ money. For others, it’s an opportunity to showcase the UK’s dominance on the world stage. It’s no secret that Eurovision is a politically driven competition. And with a conflict on the continent, Britain has the opportunity to show Europe its ability to step up and support a country in need.

July 1, 2022 Does Cultural Appropriation Exist in Food Culture?
Next post

July 5, 2022 Wimbledon Dives into the Metaverse Thanks to the Virtual Hill