E-commerce giant Amazon has big plans for sustainability in 2022

Amazon has announced a plan to install 30,000 modular solar panels at its Coalville, Manchester, Bristol, Milton Keynes and Haydock locations, providing enough energy for 3,500 UK homes every year. The company has also launched a fleet of cargo e-bikes and on-foot delivery staff to replace the van journeys on London’s roads. This is the first time Amazon does this in the UK for deliveries.

The Hackney fleet has been labelled as a micro-mobility hub, a place to house the bikers, walkers and its previous electric vehicles for deliveries. The hub is expected to deliver around one million parcels a year, serving as a replacement for the vans on the road. However, the e-cargo bikes won’t be operated directly by Amazon, they’ll be operated by many of their business partners.

John Boumphrey, UK Country Manager at Amazon, stated that the company is hurtling towards a global net-zero carbon future. Its starting steps are through the transformation of its transportation networks. Part of this strategy has been motivated by the UK government incentives and infrastructures done to help companies reduce their carbon footprints. It’s estimated that under the new protocol, Amazon will ship 1.6 million packages every day, working out to 66 thousand orders per hour. It’s safe to say that these numbers represent a lot of packaging and a lot of transportation vehicles for them.

In the past, Amazon has been accused of greenwashing. That’s when a company pretends to be socially responsible and environmentally conscious as a marketing tactic, but they aren’t doing anything about helping planet Earth. And, while Amazon’s micro-mobility hubs might seem like another greenwashing strategy, the company seems more committed to reaching the worldwide carbon neutrality level than ever.

In addition, Amazon has pledged to deliver half of the shipments with net-zero carbon emissions by 2030 and a complete conversion by 2040. There’s also a high chance that they might implement more micro-mobility hubs in other first-world countries in the immediate future, which will help them make more zero-emission customer deliveries across London and the UK in the incoming months. 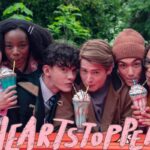 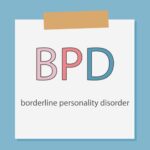