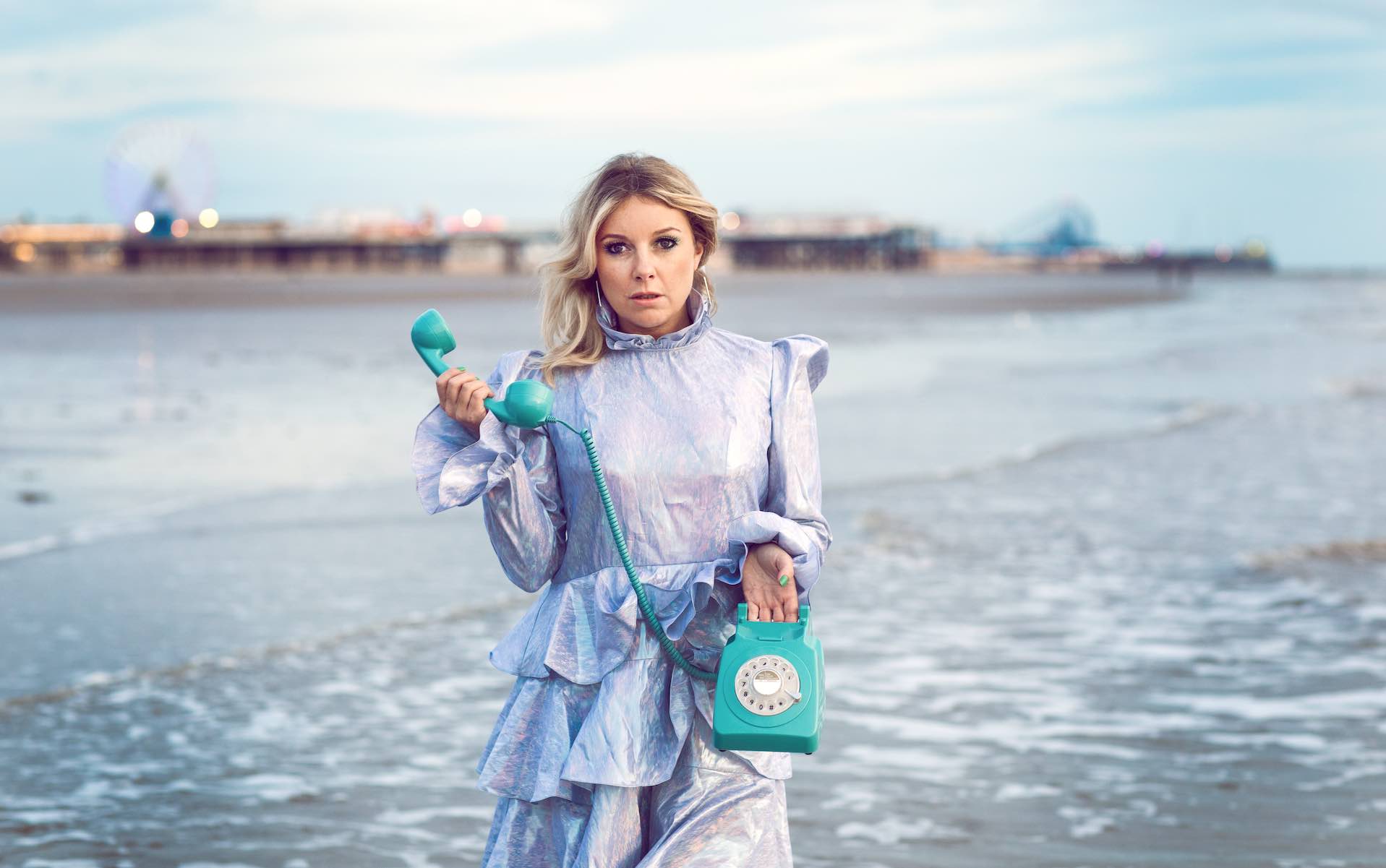 5 pop throwbacks for your playlist

In the 2000s there were a huge number of pop acts that had global potential. But as careers soared, some artists struggled to keep up with the momentum and their opportunities passed.

Unbelievably, the noughties kicked off over 20 years ago. Pop dominated the decade, producing some of the biggest names in the music industry, including Rihanna, Lady Gaga and Katy Perry. In the UK, we had our own pop renaissance, producing equally as big names, such as Amy Winehouse, Adele, Lily Allen, Leona Lewis and Jessie J, to name a few.

When digging into this decade of divas, there is a treasure trove of lost pop acts who once had the potential to conquer America and the international music scene, who instead fell to the waste side. 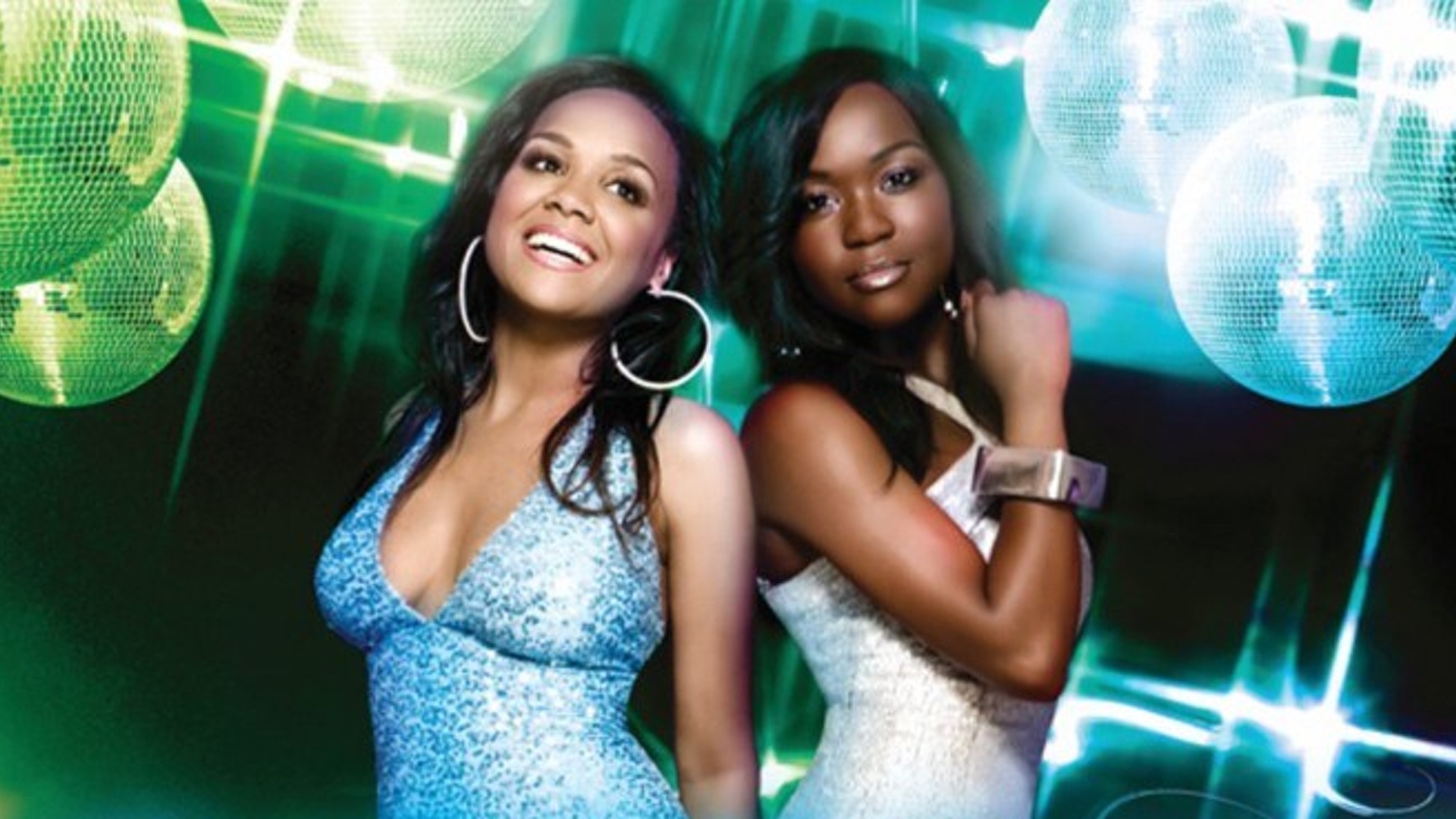 Probably the most obscure entry on the list, you may be surprised to know that London-based Booty Luv had a string of radio hits in 2007. The duo, Cherise Roberts and Nadia Shepard were not new to the spotlight, as they were once in the hip hop and R&B group, Big Brovaz. In just a few short years, Booty Luv scaled charts around Europe with their disco-inspired hits, Shine and Boogie 2nite. Even though their tracks didn’t make it to number one, Booty Luv was generating a big buzz on the dance floors, and so, began eyeing up top producers for their follow-up album, which sadly never came into fruition.

In 2009, the group agreed on a hiatus to concentrate on solo projects, which also didn’t work out. For a couple of years, Booty Luv was building momentum but was caught out by a fickle industry. Frustratingly, like the case for many other artists, if you take a break too early, the world moves on. 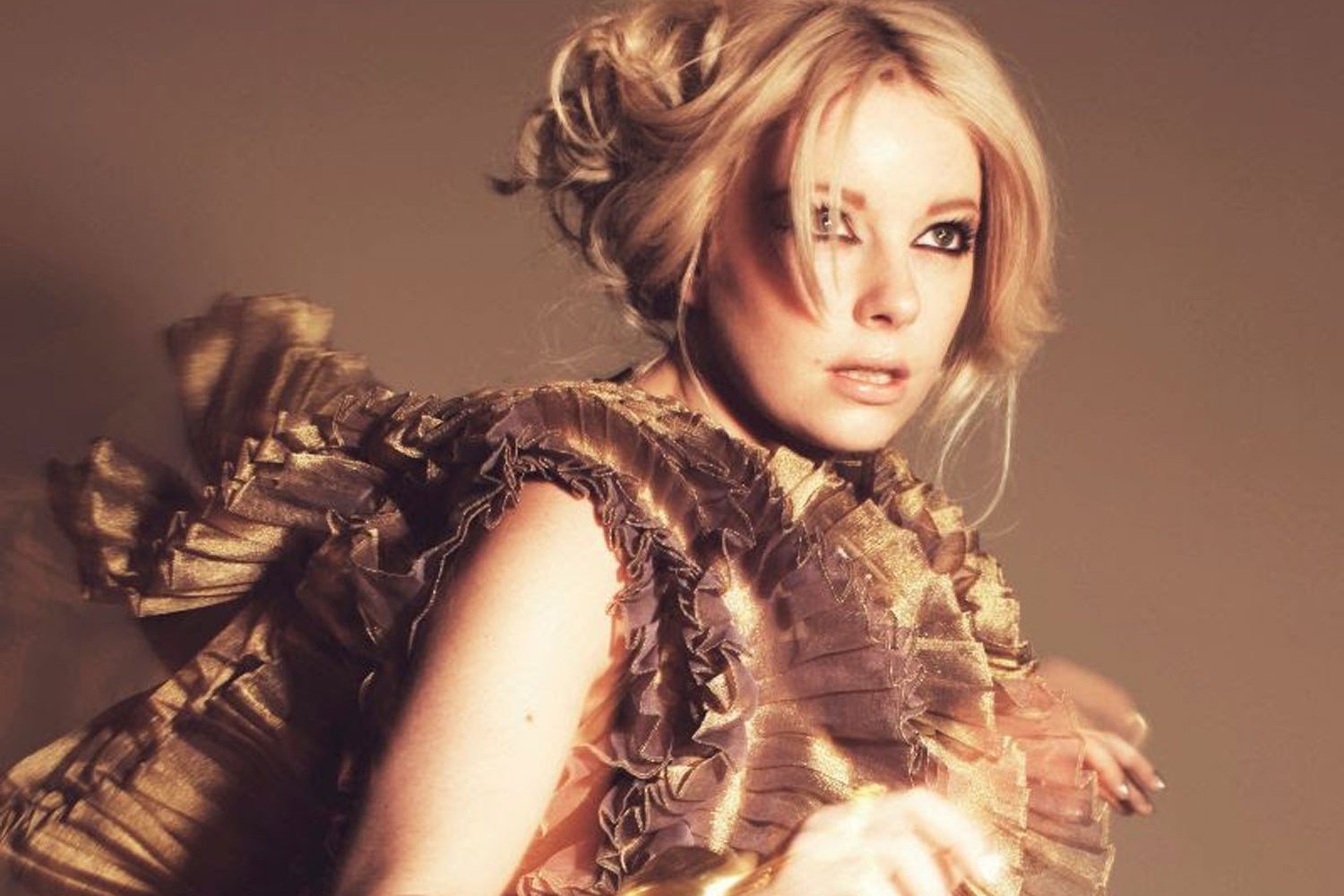 Little Boots exploded onto the UK scene after receiving strong parallels to Lady Gaga, who also surfaced around the same time. Like Gaga, Boots was creative, blonde, short and, most importantly, pop! While Gaga was slaying in the US with Just Dance and Poker Face, Little Boots released Remedy, which scaled the charts in the UK – it also happened to be produced by Gaga’s own producer, Red One.

Even though Remedy struck the right chord with synth fans in the UK and Europe, the track and the album, Hands, were hounded by critics. In a review from the Guardian, journalist Alexis Petridis slated the track, saying it “takes her love of continental pop’s shameless melodicism to a saccharine extreme and winds up sounding less like a cool Giorgio Moroder-inspired Italo disco track than something a former Soviet Republic might submit to Eurovision” – ouch.

Despite having a mixed reception, Little Boots managed to sustain a career in music, writing and producing songs for other artists, including the Shapeshifters, Hot Chip and UK Drag Race’s, Tia Kofi. However, the Remedy wasn’t strong enough to save her ‘main pop girl’ career. 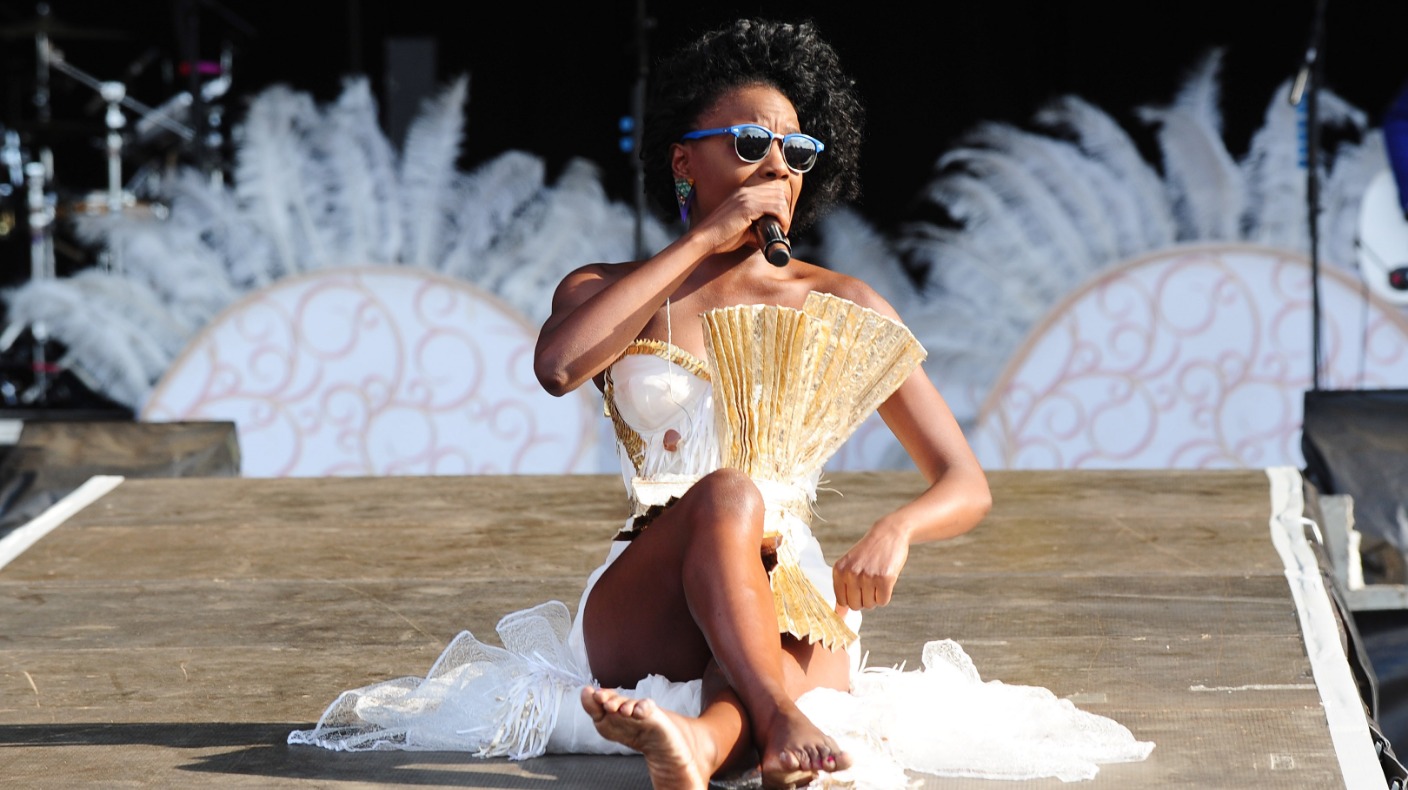 Noisettes is made up of singer and bassist Shingai Shoniwa and guitarist Dan Smith. The indie-rock band, formed in London, achieved huge commercial success following the release of their second single, from the second album titled Don’t Upset the Rhythm (Go Baby Go) – which just missed out on the top spot of the Official UK Singles Chart in 2009. The track’s catchy chorus meant that is featured in the marketing campaigns of big international companies, propelling the song to success. Unfortunately, as the media machine wore off, so did the success. As Noisettes were unable to produce indie pop with the same punch, the band stopped releasing music. Thankfully, fans have three great albums to tire them over until a rumoured comeback. Duffy at the Brits from Marie Claire

In 2008, the incredibly talented Duffy from Wales released her debut album, Rockferry. It was a defining album of the late noughties and propelled Duffy to international fame. Rockferry immediately became the best-selling album in the UK in 2008, and even landed Duffy a nod for Best Pop Vocal Album at the Grammys. Considering this was before Adele exploded in the US, Duffy had the potential to fill the Brit gap in the market, and go all the way. But suddenly, she disappeared, never to release music again. So, what happened?

In 2020, Duffy resurfaced on social media to tell fans and the world of a horrific event that saw her retreat from music and the spotlight. In the post, she detailed how she had been “raped and drugged and held hostage over some days.” The singer then mentioned how this ordeal meant that she needed time to heal, only to return when the time feels right. She continued. “I believe that if you speak from the heart within you, the heart within others will answer. As dark as my story is, I do speak from my heart, for my life, and for the life of others, who have suffered the same.” Let’s hope Duffy finds the courage to return to her passions. We wish her all the best.

Natasha Bedingfield was one of the ‘it girls’ of 2004. Just check out some stats from her debut album, Unwritten: Grammy Nomination for Best Female Pop Vocal Performance; 2005 and 2006 nomination for Best Female at the Brits; one million copies sold in the UK; certified Gold in the US, as well as being certified three times platinum. Not a bad achievement considering it was her first album.

As Natasha’s fame increased, she inevitably spent most of her time in the US, which would eventually become her downfall. After crossing the pond, UK support dwindled, arguably because the record label didn’t give the public enough time to embrace her as an artist. When Natasha started struggling in the packed US market, there was not a big enough base in the UK to maintain the hype.

Despite being out of the spotlight, Natasha has still been able to spend the last decade working in music and the entertainment industry – even landing a song credit with Nicki Minaj. Proof that even a few hits are enough to keep you ticking along. 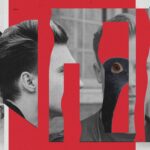 June 15, 2022 5 European Queer Fiction Books to get you Through Pride Month
Next post 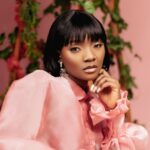