23 years on, it’s important not to forget the Admiral Duncan bombing

Tucked away in the bustling Old Compton Street in Central London is a narrow, inconspicuous pub called the Admiral Duncan. At first glance, it looks nothing out of the ordinary. But, if you focus in on the little blue plaque, you may be surprised to read, “3 people killed, 70 injured by a Neo-Nazi bomber.” This is a story of a friendly pub, with a horrific history. The Admiral Duncan 20 years on from Pink News

30th April 1999, it was early Friday evening, and the pub was starting to get busy. Local, mostly Gay men, were pilling into the Admiral Duncan to see friends, drink, dance and enjoy an evening of feeling free in their local sanctuary. A routine night suddenly turned into a tragedy when 22-year old David Copeland rested a sports bag down in the bar. Inside it was a bomb, containing 1,500 nails.

Jonathan Cash, who was 30 at the time, told the BBC in an interview commemorating the bombings that on the night he had suspicions. “My foot touched a large sports bag which was on the floor. I ordered a drink and, thinking about the bag, assumed it belonged to someone. I can remember weighing up the possibility that it might be a bomb thinking, ‘but these things only happen to other people.”

Then, at 18:37, the bomb suddenly exploded. Jonathan, recalled, “The next thing I knew, I was on my hands and knees in front of a shop window. I stared at my reflection, unable to recognise myself. My hair was thick with yellow dirt. I noticed I had left a trail of blood behind me, but I wasn’t aware of any injuries.” Despite the psychological trauma, Jonathan made a full recovery. Sadly, Andrea Dykes, 27, Nick Moore, 31 and 31-year-old, John Light were not so lucky.

Aftermath of the bombings, from Attitude Magazine

When the bomb ripped through the Soho streets, Copeland was still in the area, close enough to hear the cries of the victims. Copeland’s obsession with Hitler, Nazism and right-wing politics was enough to determine that the purpose of the attack was to wreak as much havoc as possible. Copeland was known to the police due to his previous bomb attacks in the Brixton and Brick Lane in the weeks preceding the event. The locations chosen were concluded to have been deliberate, in an attempt to stir up ethnic and homophobic tensions.

A year later, Copeland pleaded guilty to manslaughter, but not murder. On June 30th, Copeland was convicted of three counts of murder, and so, given 6 life sentences. In the trial, Copeland’s mental state was investigated at Broadmoor hospital, of which five psychiatrists diagnosed him as having paranoid schizophrenia and a personality disorder. Fortunately, the diagnoses weren’t serious enough to avoid a charge of murder.

Equally as shocking are the displays of homophobia during the attacks. That fatal night, back in April 1999, Jonathan Cash recalled the disturbing moment when he heard a woman dishing out homophobic slurs in the immediate aftermath of the attack, “I remember a girl in her early 20s appeared from a neighboring pub, grinning with a pint in her hand.” Cash told BBC Newsnight that she said she “wanted to get a better view.”

Despite the horrific attack, homophobia did not lessen in the years that followed. 5 years on, David Morely, who survived the fatal night at the Admiral Duncan, was chatting away with his friend on a bench by the river Thames. They were sitting there for three hours when a gang of youths appeared. In seconds, David and his friend were attacked by a stream of punches and kicks, knocking them immediately unconscious. David’s friend eventually came to and frantically searched for help. David suffered 40 blows, fractured ribs and a ruptured spleen. He sadly passed away from his injuries.

Detective Chief Inspector Nick Scola, who was leading the enquiry into the murder said that there were no homophobic shouts during the attack, but this did not rule out the homophobic intent of the perpetrators as the location was near serval gay entertainment venues, including the LGBTQ+ nightclub, Heaven. Ken Livingstone, who was the mayor at the time, released a statement:  “London’s lesbian and gay community and visitors to the city must be totally free of fear of hate crime. The Metropolitan police will have my full support in bringing the thugs who murdered Mr Morley to justice.” David Morley’s case serves as an example of how the queer community can’t afford to be complacent. We must remain on guard in the fight against discrimination, as an unexpected tragedy could just be around the corner. 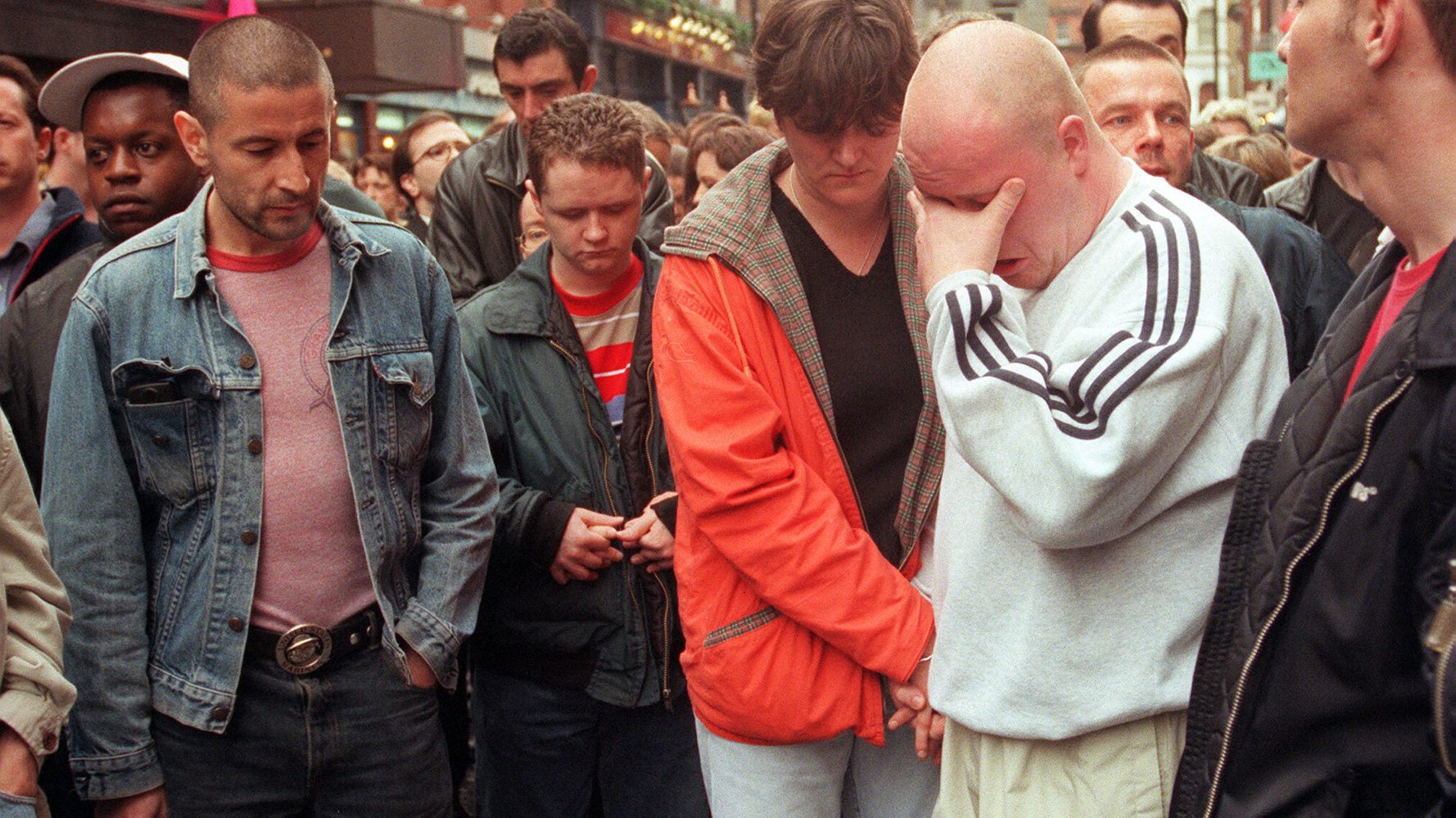 Two decades on from the Admiral Duncan bombings and, agonisingly, we are still experiencing homophobia in our capital and in our towns and cities. In 2020 and 2021, the Metropolitan Police recorded 2,928 sexual orientation hate crimes in London alone, including a string of murders of innocent queer people. The attacks should serve as a reminder that homophobia and transphobia should not be left to fester in our societies, as it often has fatal consequences.