Lightyear: Disney Movie Bombs – and Not Because of the Lesbian Kiss

Could Tim Allen’s Absence Be Responsible for the Failure of Lightyear?

Lightyear explains the backstory of Buzz Lightyear – the astronaut; the Buzz Lightyear toy is based on the Toy Story continuity. However, most people know Lightyear for other things, namely an explicit, on-scene lesbian kiss. As a result, the film was shockingly banned in 14 Middle Eastern and Asian countries.

Lightyear was positioned from the beginning as Disney’s first theatre-only movie in 2022. Yet, it was a jaw-dropping flop in its opening weekend, grossing only $50 million against its projected $70 million. For comparison, Toy Story 4 (2019) grossed $121 million.

Something not helping matters is the franchise didn’t feature Tim Allen as the voice for Buzz, who provided the original Buzz Lightyear voice during the entirety of the Toy Story saga. For many, this was a surprising decision. So why did Disney choose to scrap Allen? Rumours claim Allen wasn’t featured because he’s a Trump supporter.

As a result, the film has been criticized for being emotionally inert. Not bringing back Tim Allen to voice the origin story of one of Disney’s most iconic characters was a wrong choice. People grew up listening to Allen’s voice as Buzz Lightyear, so much that the character is distinguished by it, and fans unconsciously associate Buzz’s voice with Allen’s. 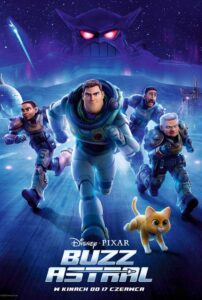 Once upon a time, everything Disney and Pixar instantly meant box office success. The billion-dollar media and entertainment franchise could develop the silliest concept for a film, and millions would still go and crowd the cinemas. But, that doesn’t seem to be the case anymore.

Another factor cited for Lightyear’s lukewarm reception is the reaction from those unhappy seeing a lesbian kiss on the big scene. Disney has been against the infamous “Don’t Say Gay” bill ever since its announcement, and unfortunately, that hasn’t earned them any favours with certain audiences. Consequently, Disney actually removed the lesbian kiss scene before reinstating it upon the movie’s release.

On the other hand, over the years, many have criticized Disney’s relatively lax stance at portraying LGBT+ characters in their films, despite the company’s repeated statements that it plans to diversify casts in the coming years.

One thing is sure: Lightyear is the first Disney film to feature primary LGBT+ representation and won’t be the last. And, hopefully, the following films won’t face the same fate. 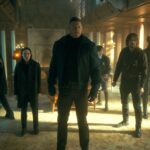