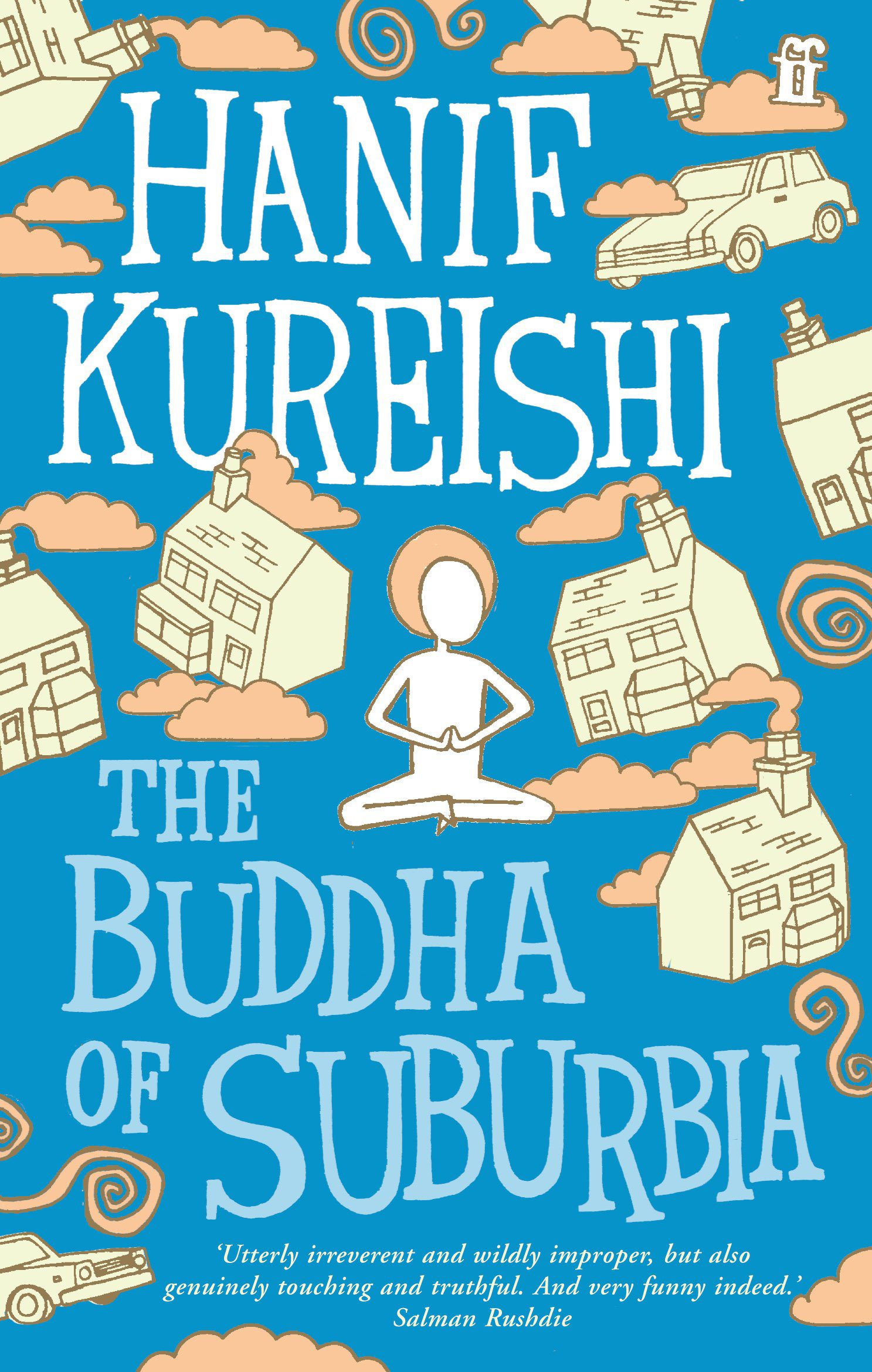 Coming of Age: Reflections on ‘The Buddha of Suburbia’

A Retrospective Review of The Buddha of Suburbia

I still remember as if it was yesterday, the moment I started reading Hanif Kureishi’s The Buddha of Suburbia for the first time. It was a hot late-summer morning on September 4th 2018 and I was lying in the bathtub. I was 17 and particularly enthusiastic about the coming-of-age genre books and films, perhaps because I needed some platonic friends to grow up with. At the time, my biggest dream was to move to London: I wasn’t sure about what exactly I would’ve done there, but my love for that city was enough to make me put my whole heart and mind into something that I was fully believing in and that would’ve changed my life irreversibly (not even the most catastrophic consequences of Brexit seemed to change my thoughts).

So, it comes as no surprise that the plot of The Buddha of Suburbia instantly charmed me: the story of Karim Amir, a 17-year-old “funny kind of Englishman”, living in the South London suburbs with a family that was soon to be collapsing, and who dreamt of the big city to escape the perspective of a boring existence. 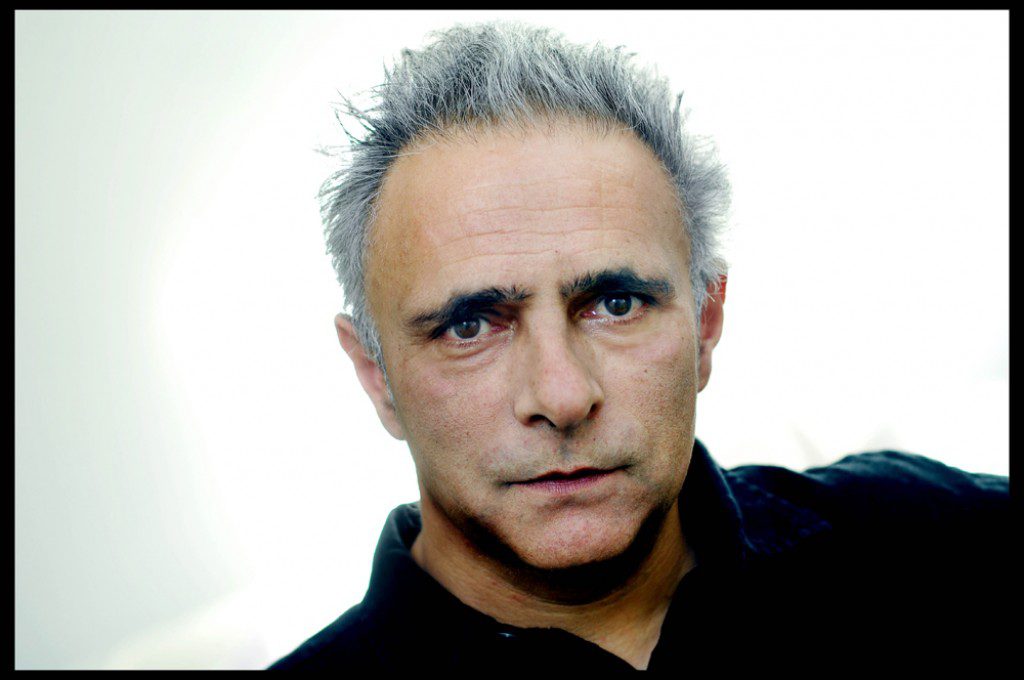 Hanif Kureishi – Writer of The Buddha of Suburbia © Sarah lee

The first read of this novel is something that totally blew my mind. And, despite my Italian edition having nearly 400 pages, I managed to go through it in less than two weeks. The writing is excellent, the characters (most of them) are lovable and the description of the settings made me feel like I was really there. Even though I don’t share the same cultural background as Karim, his tales of Indian family, friends, food and places weren’t totally unknown to me (I guess I have to thank the big Indian community in my own city for this) and I found myself nodding and smiling along quite often. As a fellow suburban kid, the first part of the book particularly resonated with me. Karim (and, of course, Mr Kureishi) knew exactly how hopeless and annihilating growing up in the suburbs can be, but also how this absence of pretty much everything can provide a fertile ground for dreaming big.

Now I’m 20 and I recently picked up this book for the second time. We’re currently living in pretty dreadful times and I needed something that could feel like coming back home. As soon as I started reading, I felt like both everything and nothing had changed: getting into that story again felt incredibly familiar and as if I was reconnecting with old friends and relatives after many years.

On the outside, I am the same too. I still live in the suburbs, and I still dream of moving someday. But, the blind hopefulness of my teenagehood has left space for disillusionment and doubt. All the experiences I’ve been through since the first read of The Buddha of Suburbia have changed me. After all, I see things from a different perspective, I’m less impulsive and arguably wiser. So, this new state of mind definitely had an impact on my re-read of the book.

In the second part of the novel, Karim is 20 and has finally moved to central London. And, thanks to some lucky circumstances, he joins a theatre company. Throughout the story, the protagonist expresses the desire to start an artistic career, but as soon as he gets what he wants, he isn’t 100% happy with it. Karim is a good actor and loves his job, but his mind often seems to be somewhere else: he’s having the success and validation he dreams of, but he can’t help but think about his broken family, the difficulty of getting a stable loving relationship, his best friend Jamila and her forced marriage with a man who’s not that bad after all. 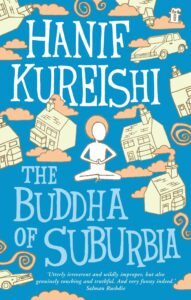 The Buddha of Suburbia Book Cover

Growing up, Karim acquires more consciousness of the life he left behind, that the future isn’t always like we expect it and that existence can be pretty miserable even if we’re young and beautiful. He becomes very critical of the suburban mindset he grew up with, which glorifies ignorance, poor education and violence, and more accepting of his Indian roots, which he doesn’t want to hide anymore to perform a version of himself that he doesn’t feel true.

Two passages in particular rang a bell in me. Karim’s reflection on his suburban school made me recall my math’s teacher exhausted face – always on the brink of tears – as she couldn’t tame the uncontrolled, animalesque shouts that filled the classroom as soon as she walked in through the door, making lessons impossible for her to do any lessons. Through that, I learned to never underestimate the importance of education – not just formal education, but generally every knowledge that makes you a better person. Thinking back to how much pride my schoolmates felt in their ignorance, I just feel sorry for them. Why did they do that to themselves?

As for the second passage, I’ve only recently come to terms with my own roots, after years of trying to push them away. I used to be ashamed of being Sicilian, I’ve tried to disguise my accent, I despised everything from my region, but growing up I’ve learned to accept and embrace the beauty of its culture. I’ve reappropriated my dialect and I’ve never been more at peace with this fundamental part of myself.

After revisiting The Buddha of Suburbia in my adulthood, I’ve confirmed it to be my favourite book of all time. To me, Karim’s character is the celebration of slowness and mediocrity, in  the best way. He is divided by the internal struggle between who he is and who he wants to be, he stays vulnerable, naïve and relatable. In an uncertain world that requires young people to plan their lives to the smallest detail, this story reassured me that you don’t have to have it all figured out. I mean, at 20 who does?