Over the weekend, history was made with new LGBTQ+ museum

It’s hard to believe that it’s taken until 2022 for Britain’s first LGBTQ+ museum to open. Nevertheless, after four years of campaigning, the time has come to open Queer Britain. 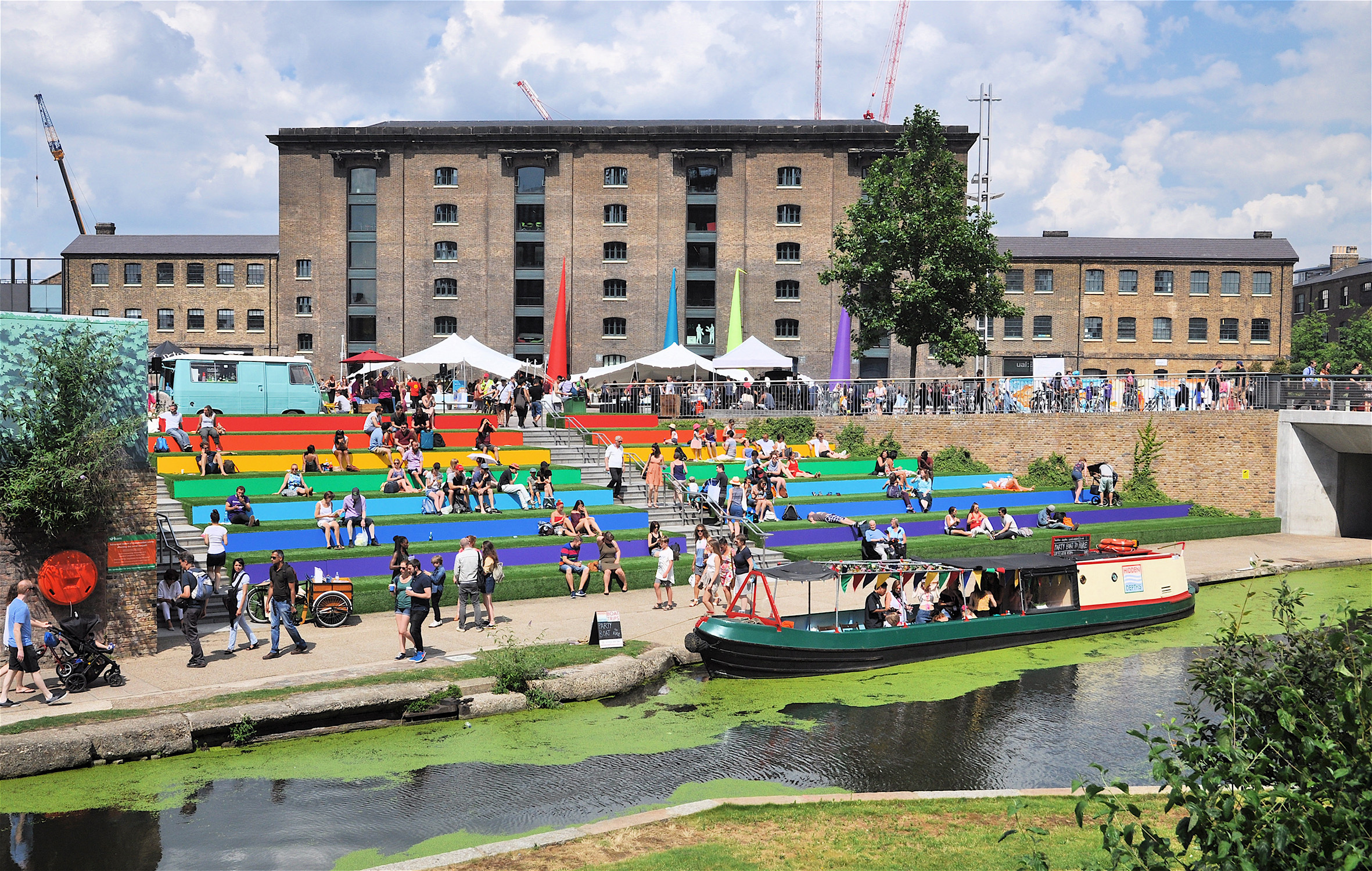 Queer Britain was founded in 2018, with the purpose of showcasing queer history throughout the centuries. It hopes to shine a light on how queer people have impacted every part of British culture while, in many cases, their lives have been cast into the shadows. Well, Queer Britain helps to right those wrongs and offers a space for champions of queer culture past and present to be celebrated and remembered.

This one-of-a-kind museum can be found in Granary Square, a trendy development just situated behind Kings Cross Station. The lease has been partly paid for by the British National arts charity, while the museum itself has been funded largely by private donors: a perfect example of a community supporting one another. Image by Alia Romagnoli, part of the Chosen Families exhibit – From BlooLoop

Stephanie Stevens is one of Queer Britain’s managers. Stephanie envisions the museum to be “a permanent place for us to be able to celebrate who we are, the amazing contributions we’ve made to history, and then to educate the nation so that they know about those contributions as well”. Stephanie continues, “We want to reach everyone,” regardless of gender, sexuality or identity. It’s important to have this museum and this space because as queer people we are so often expected to be grateful for the crumbs off the table.”

Amongst the many fabulous exhibitions is ‘Welcome to Queer Britain’, curated by Mathew Storey, who is an art, design and LGBTQ history curator at the UK’s Historic Palaces organisation. The show will feature two artworks by Sadie Lee, and Paul Harfleet – who won last year’s first Queer Madame F Award.

Painting by Sadie Lee from NBC News – on display

The co-founder and director of Queer Britain is the former editor of Gay Times Magazine, Joseph Galliano. In a recent interview, Galliano recalls the sheer complexities of setting up a project of this scale, “There’ve been attempts to set up museums like this before, but I think the cultural landscape and the activism landscape weren’t yet quite right at that point,” he said. “It’s also a long job that requires somebody hitting the streets every day to make it work, and I’ve done that for the last five years now.”

Although there is huge public support for Queer Britain, the difficulties mainly lie in funding. For that reason, Galliano aimed to open the museum sooner rather than later in the hope visitors will become patrons, which in turn, would mean that the museum could stand on its own two feet (financially speaking) a lot sooner. There will also be a shop located in the complex which will sell merchandise and books. All proceeds will go to the charity.

Photograph by Alia Romagnoli From Creative Review – on display

In its opening weekend, Queer Britain has made a bold statement. Thousands of visitors attended, many to see what all the fuss was about. Others have been avid supporters of the project from the get-go. Some sceptics argue that queer ventures are often too niche, and thus, economically unviable. But, Galliano isn’t concerned. “If you go back to the ‘Queer British Art’ exhibition at Tate Britain in 2017, that clearly demonstrated a massive thirst for queer stories,” he said.

Photograph by Alia Romagnoli from NBC News – on display

For now, Queer Britain is a hit. But the proof will be in its longevity. Let’s hope this wonderful museum has legs because, in today’s climate, it’s needed now more than ever.

May 12, 2022 Patron the Bomb-Sniffing Dog Receives a Medal From Zelenskyy
Next post