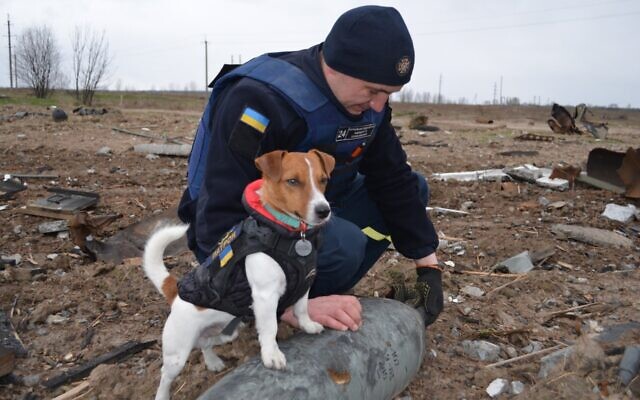 Patron the Bomb-Sniffing Dog Receives a Medal From Zelenskyy

In total, Patron has detected more than 200 undetonated bombs and other explosive devices since the Russian invasion of Ukraine began in February. And, despite being only two years old, cynologists have trained Patron professionally since he was a puppy. But, his training didn’t begin in the military area.

Patron is owned by Mykhailo Iliev of the Civil Protection Service. Iliev hails from Chernihiv and purchased him from a workmate as a pet for his son. In an unexpected turn of events due to the war’s circumstances, they began working together to neutralize leftover landmines, missiles and other potentially dangerous explosives left by the Russian invaders. When Patron smells gunpowder, he signals to Illiev and his human team to defuse the devices.

The award was handed out during a news conference with Justin Trudeau, the Canadian Prime Minister in Kyiv. The medal was given for dedicated work in the Ukrainian Army. Zelenskyy himself described Patron as a “small but very famous sapper,” meaning an elite combat engineer skilled in minefield placement, demolitions and airfield construction. Of course, the dog is not an explosives engineer but rather a detector. The recognition of the medal was recorded and shared on Twitter. Patron’s name translates into “ammo” in Ukrainian and his labour has inspired fan art illustrations and even knit plushies. He also has his own Instagram page, which as of writing, has over 243k followers featuring fan art and pictures of the dog in his military outfit. And after work, Iliev mentions how Patron loves cheese and likes to have good runs with other dogs.

Patron’s work is essential because not only does it help clean the Ukrainian lands from the remnants of war, but it also teaches children how to be safe around mines. The young dog also helps the community with charity work for an added dose of heartwarming.

According to Ukraine’s Centre for Strategic Communications’ Twitter posts, everyone in Ukraine knows Patron. And many have shared images of him greeting children from the Okhmatdyt children’s hospital in Kyiv.

Now, Patron is a living symbol of patriotism in Ukraine. 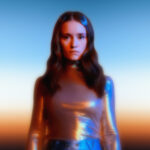 May 11, 2022 Bergen-Born Sigrid Returns with Darker Album 'How to Let Go'
Next post 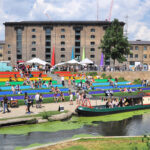