Orville Peck Goes From Pony to Bronco on New Album

Orville Peck Proves to be More Than Just a Gimmick, in His Most Raw and Honest Work Yet

Since Orville Peck’s 2019 debut album, ‘Pony’, fans still haven’t been able to put a face to a name. But as Peck’s music becomes increasingly honest and personal, for many fans, a face doesn’t matter. Peck’s latest album, ‘Bronco’, is a lyrically deep piece of work, giving fans something much more important than an image: a glimpse into Peck’s soul. 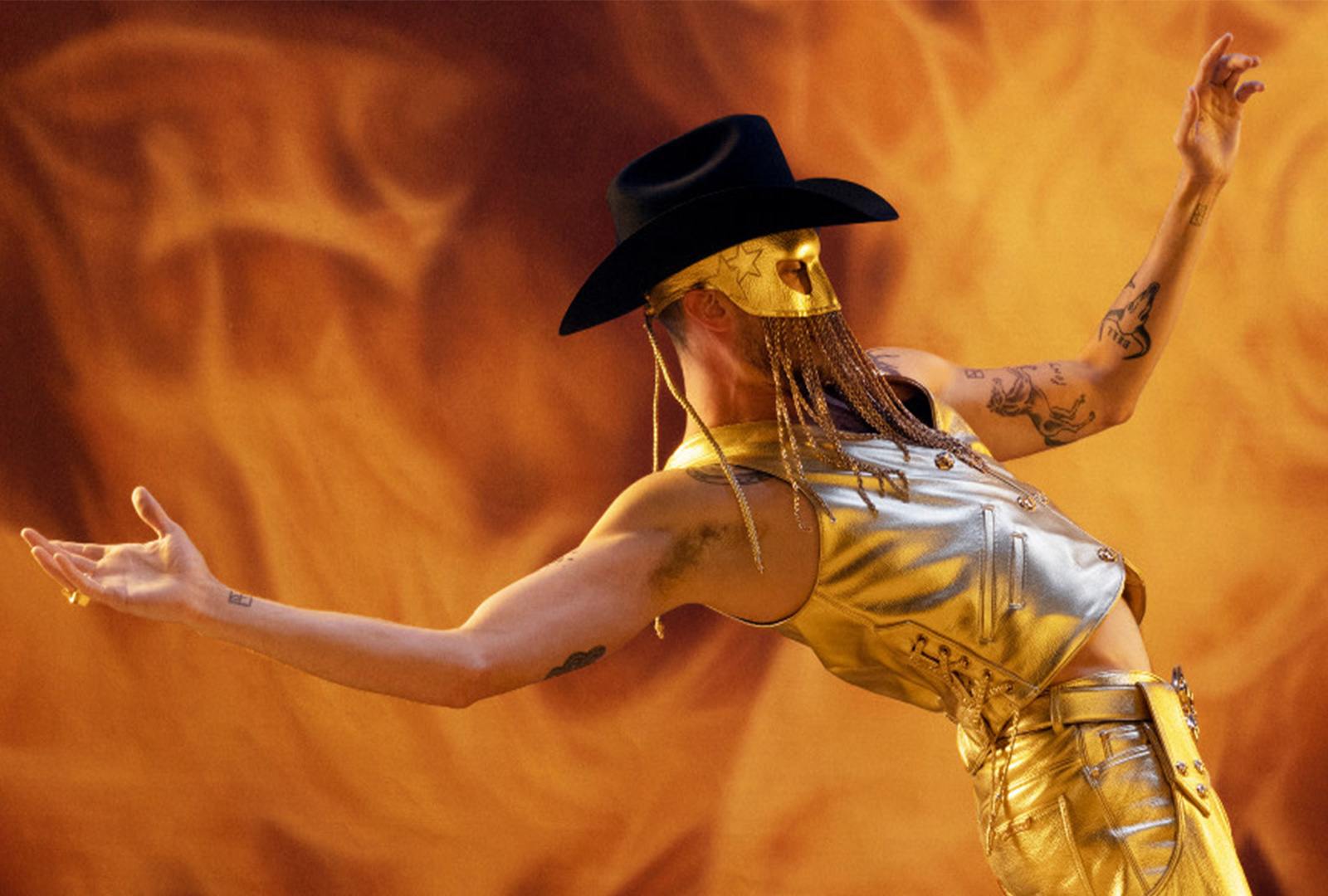 Despite being one of the most prominent country artists in the world right now, Orville Peck is surprisingly from Johannesburg, South Africa. In a recent interview with Thrillist, Peck explores the relationship between his homeland and ‘Bronco’, “I grew up listening to tons of marabi and mbaqanga, South African folk music, essentially. So, artists like Miriam Makeba and Hugh Masekela. A lot of those artists in the ‘60s, especially in South Africa, created this very specific sound, which Paul Simon, of course, made very famous on Graceland.” Despite this, Peck’s albums have big American themes, which has contributed to a huge fanbase in Central and Southern America.

Peck has nomad tendencies. Before his big break, Peck confessed that he spent five years living in Streatham and Hackney in London. “Once I moved to Streatham, I lost all my friends because everyone thinks they need their passport to visit south London!” he joked to NME. But this isn’t the only place that Peck has lived in recent years, as he revealed that he spent time living in Canada, Nashville and now Hollywood, which is his current home. Such sporadic living conditions have sometimes worked against Peck’s career, as critics question his integrity as a country star. When asked if his cowboy image is an act, a tense Peck responds, “That’s a common misconception about me, it’s not a character.”

What makes ‘Bronco’ so thrilling, is Orville Peck’s ability to explore some sensitive themes, including,  trauma, depression, heartbreak and self-doubt. Peck is an openly gay man, something that he does not shy away from in his lyrics. “I’ve never felt like I’ve had to come out as a gay artist,” says Peck in an interview with Gay Times. He continues, “I’ve never felt like that was a point of contention for me. Those songs, those experiences happened to me from the perspective of a gay man. It’s a huge part of what I do and it’s a huge part of who I am, but it isn’t an agenda for me to be visible because I’m a gay man. It’s my agenda to be as sincere as possible.”

In Peck’s latest album, he has settled critics’ concerns of lack of integrity as a country artist. This wonderfully deep album clearly cuts through the cowboy persona and comes from an honest place. This is the album that transformed Peck from a gimmick to a gay icon. And for this, he has landed himself a new generation of admirers.

April 14, 2022 It's Scammer Season: Our Complex Relationship to Society’s Grifters
Next post

April 19, 2022 The Tory Government Plans to Send Asylum Seekers Arriving in the UK to Rwanda