Describing the incident as a “nightmare while opening my eyes”, transgender model Rachaya Noppakaroon was barred from entering the United Arab Emirates.

Noppakaroon was stopped at the Dubai International Airport after immigration workers found her gender did not match the marker on her passport, Maylay Mail reported. The 2014 Miss Tiffany Universe runner-up said all her travel documents were in order, from proof of coronavirus vaccine to her visa, to enter the UAE at around 2pm. She had flown there to perform at the delayed Expo 2020.

Yet, immigration officials “asked me am I a man”, she wrote on Facebook on 16 March. Stuck in a men’s holding room for two hours, Noppakaroon prayed to be released as staff asked her intrusive questions.

As officials asked her if airport staff had asked her to take her clothing off, Noppakaroon broke down in tears. “We did nothing wrong,” she said. Another two hours later, Noppakaroon went into a room to be interrogated by all-male staff. “He spoke loudly, but I wasn’t afraid,” she said. “I showed my work in Thailand to show that I exist.”

But Noppakaroon alleged that the interviewer cared little about who she was or why she sought to enter Dubai – “he was more interested in sex,” she said. The staff member asked her about her sexual history and breast size. During the second round of questioning, Noppakaroon pleaded: “I’m a girl. I have been since I was born.” By 11.30pm, nine hours after she first touched ground in Dubai, Noppakaroon was told she would be sent back home to Thailand. Immigration officials said that as the gender marker on her passport is listed as male, she would have to get this changed to enter the UAE. Such a task would be impossible for Noppakaroon, given that transgender people in Thailand cannot change their legal gender, sequestering them from life-saving services such as healthcare, employment and education.

This legal barrier has long been a source of humiliation and harassment for transgender Thai people, the Human Rights Watch has found.

While transgender Thai citizens can legally change their name, the Passport Division of the Department of Consular Affairs, an agency within the Ministry of Foreign Affairs, does not allow them to change their gender markers.

Noppakaroon arrived back in Thailand in “tears” nearly 20 hours after she first arrived in the UAE. Gathering her thoughts, she stressed that the staff at the Dubai airport were simply doing their job. “We don’t blame Dubai employees (but we’re angry),” she wrote. “We blame Thai law. They look down on us and many of us have to face problems like this.” 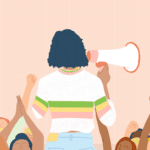 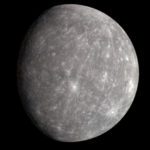 March 28, 2022 Is Mercury the planet of diamonds? Its crust hides a shiny secret