Jussie Smollett sentenced to 150 days in jail after being convicted of staging a hate crime against himself back in 2019.

Jussie Smollett claimed that two men shouted homophobic, racist slurs, beat him and looped a makeshift noose around his neck. He was later convicted of organising the attack himself. In December 2019, a jury found Smollett guilty of five charges of disorderly conduct.

At the sentencing on Thursday (10th of March), Judge Hames Linn called Smollett “shameful” and claimed he staged the crime because he “craved the attention”. “You’re just a charlatan pretending to be the victim of a hate crime,” he said, also handing him 30 months of probation and $145,000 in fines and restitution.

Jussie Smollett continued to protest his innocence and shouted that he was not suicidal, adding that “if anything happens” to him in jail, “I did not do it to myself”. “If I did this, then it means that I stuck my fist in the fears of Black Americans in this country for over 400 years and the fears of the LGBTQ community,” he said. “Your honour, I respect you, and I respect the jury, but I did not do this, and I am not suicidal.”

Authorities initially believed the actor and investigated his claims, but evidence later surfaced suggesting that Smollett had paid two brothers who had worked with him on Empire as extras, Abimbola and Olabinjo Osundairo, to carry out a hoax attack. Jussie Smollett’s 92-year-old grandmother asked Linn not to send him to prison, adding: “If you do, send me along with him, OK?”

His attorney read letters from supporters including LaTanya and Samuel L Jackson, who vouched for Smollett’s character and asked for “an alternative probation scenario”.

Just two weeks before his sentencing was due to take place, Smollett and his defence team filed an 83-page document calling for a new trial, insisting that there had been “numerous trial errors”. At his sentencing hearing, Jussie Smollett’s defence stated their case for dismissing the case against the former Empire actor for more than two hours.

Attorney Tina Glandian argued against the legality of the appointment of Dan Webb as a special prosecutor, said that Smollett was a victim of double jeopardy and r was a “presumption of guilt” among the jury and in the media.

Glandian said Smollett’s defence team should have been able to ask further questions of the jury. But, she was interrupted by judge James Linn, who said the questions submitted by the actor’s attorneys included asking jurors “what kind of animal they would like to be” and “whether they prefer Batman or Superman”.

Finally, Linn declared that Smollett had, in fact, “received a fair trial” and shut down the defence’s requests for the dismissal of the case and a fresh trial.

On behalf of the Chicago Police Department and superintendent David Brown, attorney Joe McMahon read a victim impact statement, citing the cost and overtime hours incurred in the investigation of Smollett’s false report. McMahon requested that Smollett pay damages as part of his sentence to cover these costs. He added that this “false report made it less likely that real victims will come forward and will continue to suffer in silence”. 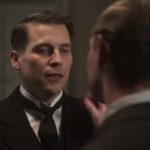 March 11, 2022 LGBTQ+ Representation on Television is at an All Time High But it Can't Stop There
Next post 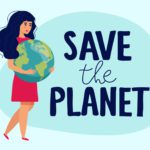