The biggest names in fashion arrive at the 2022 Balenciaga Fall-winter show. Greeted with Ukrainian flags, it was clear this would be no ordinary fashion show.

Demna Gvasalia is the current creative director of Balenciaga and the co-founder of ‘Vetements’ – both politically conscious brands. Being born in Georgia, for Demna, Russia’s recent invasion of Ukraine is personal. It is no surprise, then, that Demna felt compelled to infuse his own experience of war and its pain into art. 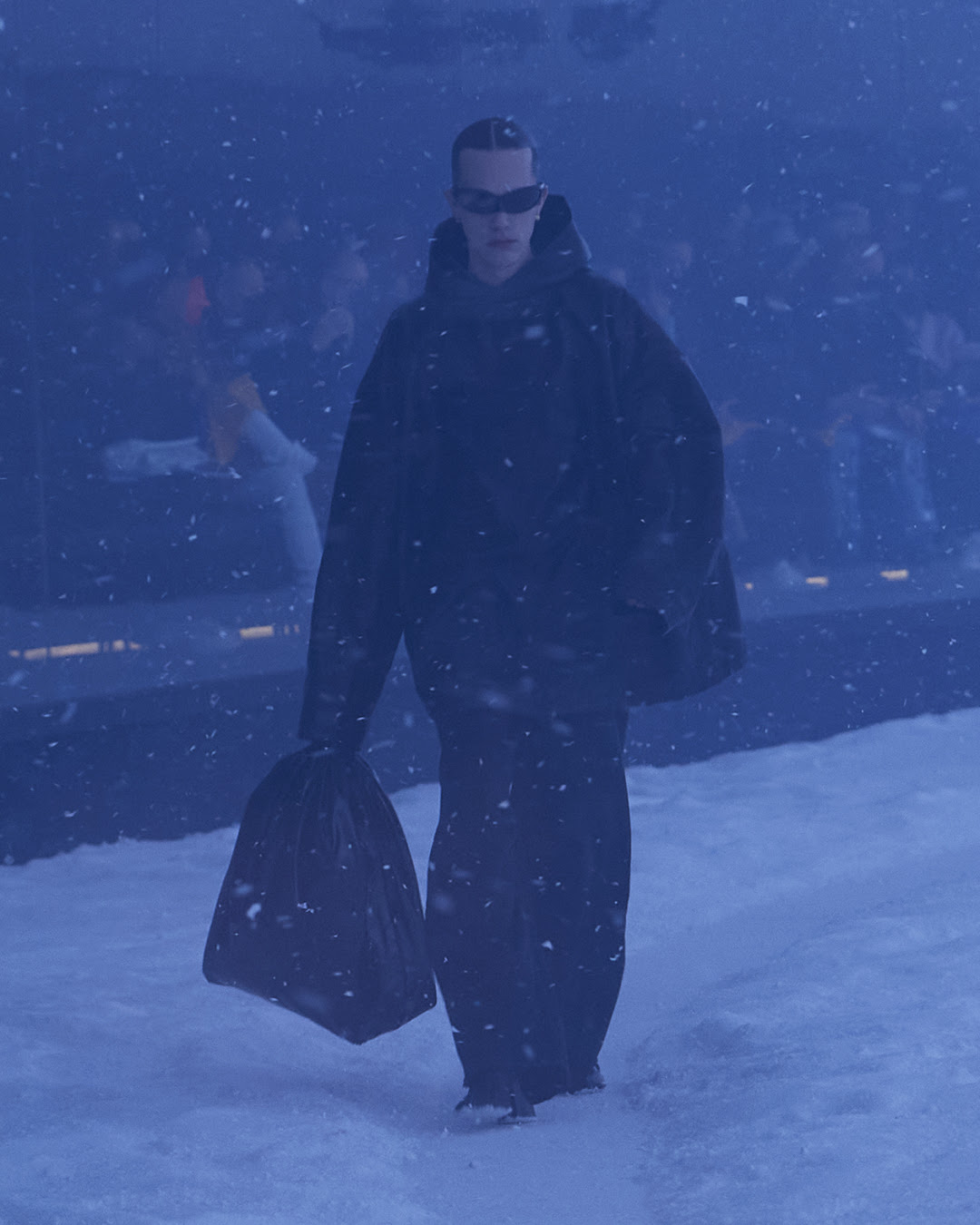 “The war in Ukraine has triggered the pain of a past trauma I have carried in me since 1993 when the same thing happened to my home country, and I became a forever refugee,” read a note by Demna that was left on seats.

On the 24th February, Russia launched a full-scale military invasion of Ukraine. In the weeks that followed, a horrifying humanitarian crisis snowballed, leaving 1.5 million people displaced. Most of the refugees fled to the neighbouring countries of Poland, Romania, Moldova and Slovakia. Since the invasion, Russia has been bombarded with international sanctions, as well as fierce backlash from major companies, industries and brands. Fashion is no exception, and Demna has made sure of this. 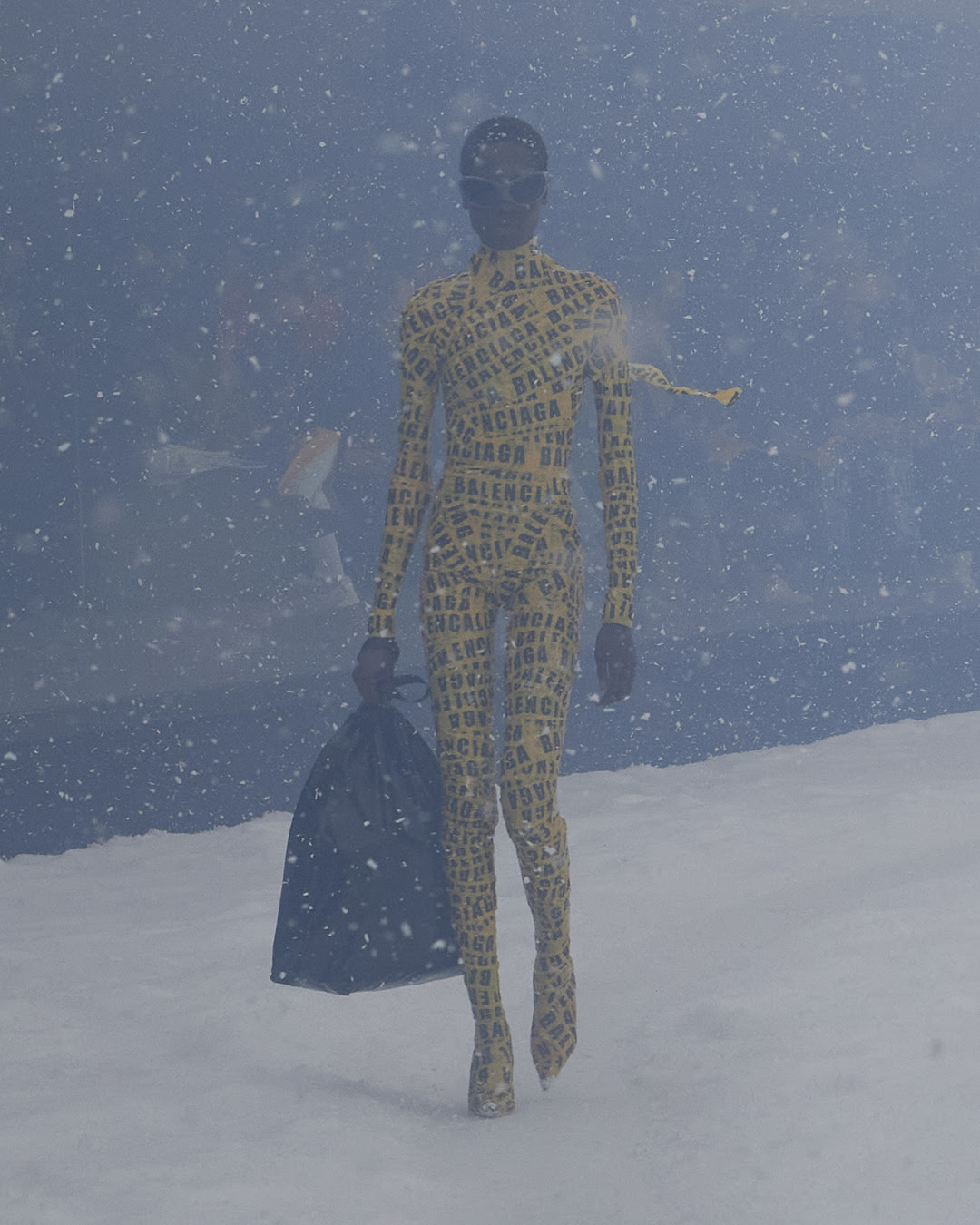 “In a time like this, fashion loses its relevance and its actual right to exist,” says Demna, conscious that in times of crisis, human rights must take priority. Demna internally wrestled with the prospect of cancelling the show but deemed such an action would mean “surrendering to the evil that has already hurt me so much.” He continues, “I decided I can no longer sacrifice parts of me to that senseless, war of ego.”

With this show, Demna needed to tread a fine line. On one hand, there was a risk of portraying Balenciaga as belittling the invasion and profiting from tragedy. A show conveying hope was likely to come across as reductive and fake. Instead, Demna kept it real, focussing on the bleak reality of the conflict and its context in a decaying world in late-stage capitalism and climate change.

The venue, Le Bourget, was successful in mirroring the brutalist architecture that Ukraine and Eastern Europe is known for. The guests sat in a 360-degree circle with the runway in the middle. Behind the pane of glass, models walked in snow, and the clothes were black. 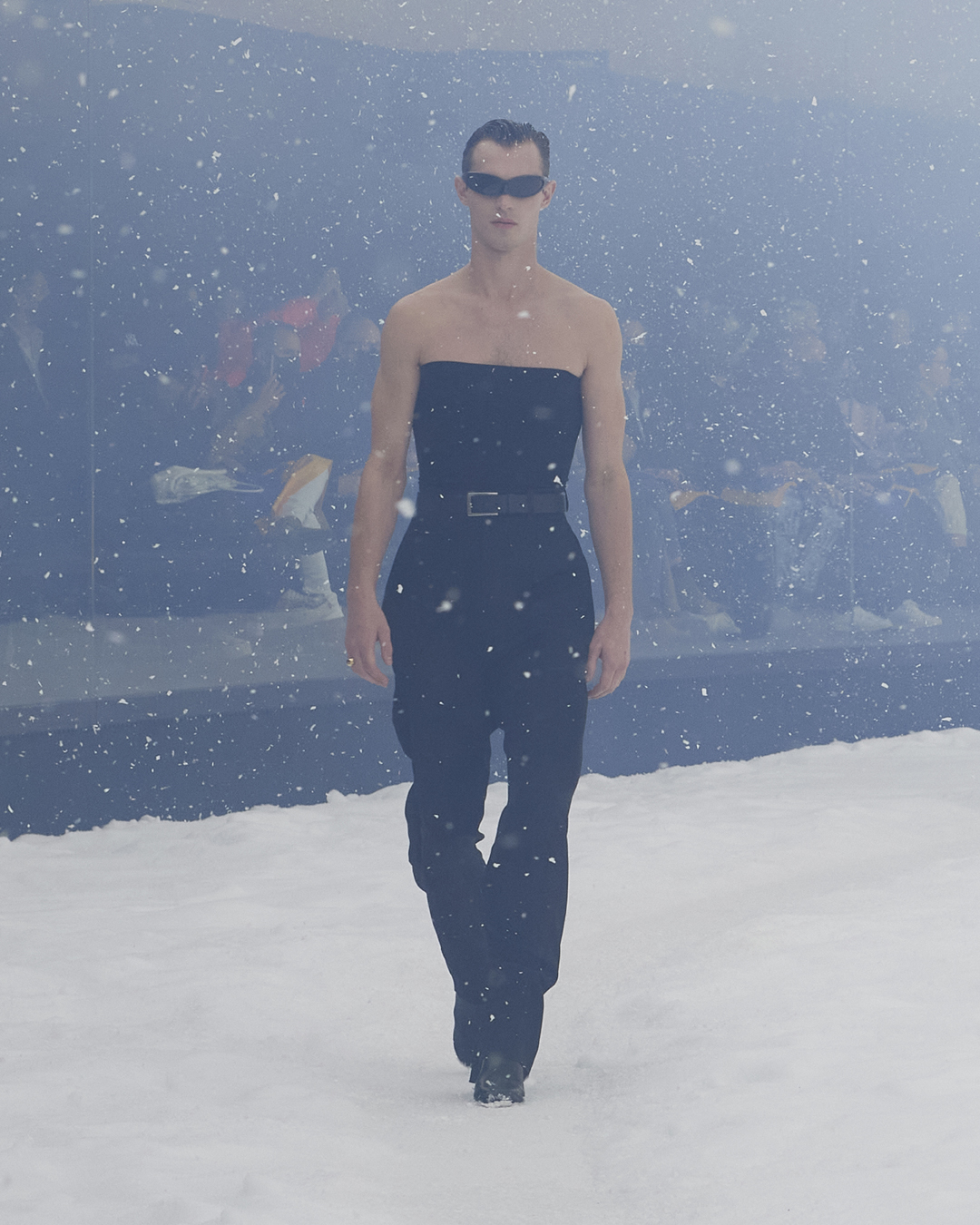 “Maybe in 50 years, we will have to go to places like this to have an artificial experience of certain weather conditions that we take for granted,” says Demna, foreseeing a darker reality to what is already present.

Climate change was the show’s original theme, but Ukraine’s devastation couldn’t be ignored. “It’s only innocent people who die in war. I’ve experienced that and actually blocked it out for 30 years until I started reading the news last week. It brought all this pain back, like anyone who has gone through that,” said Demna in a recent Vogue interview.

Balenciaga’s show roughly lasted 20 minutes, but this was enough time to leave a lasting message. And the music was a powerful tool in this. What started with classical music suddenly turned to intense techno, which unknowingly increased its beats per minute and was accompanied by awkward shrilling sounds. When it became almost unbearable, the music cut to silence. Then, it was time to feel. 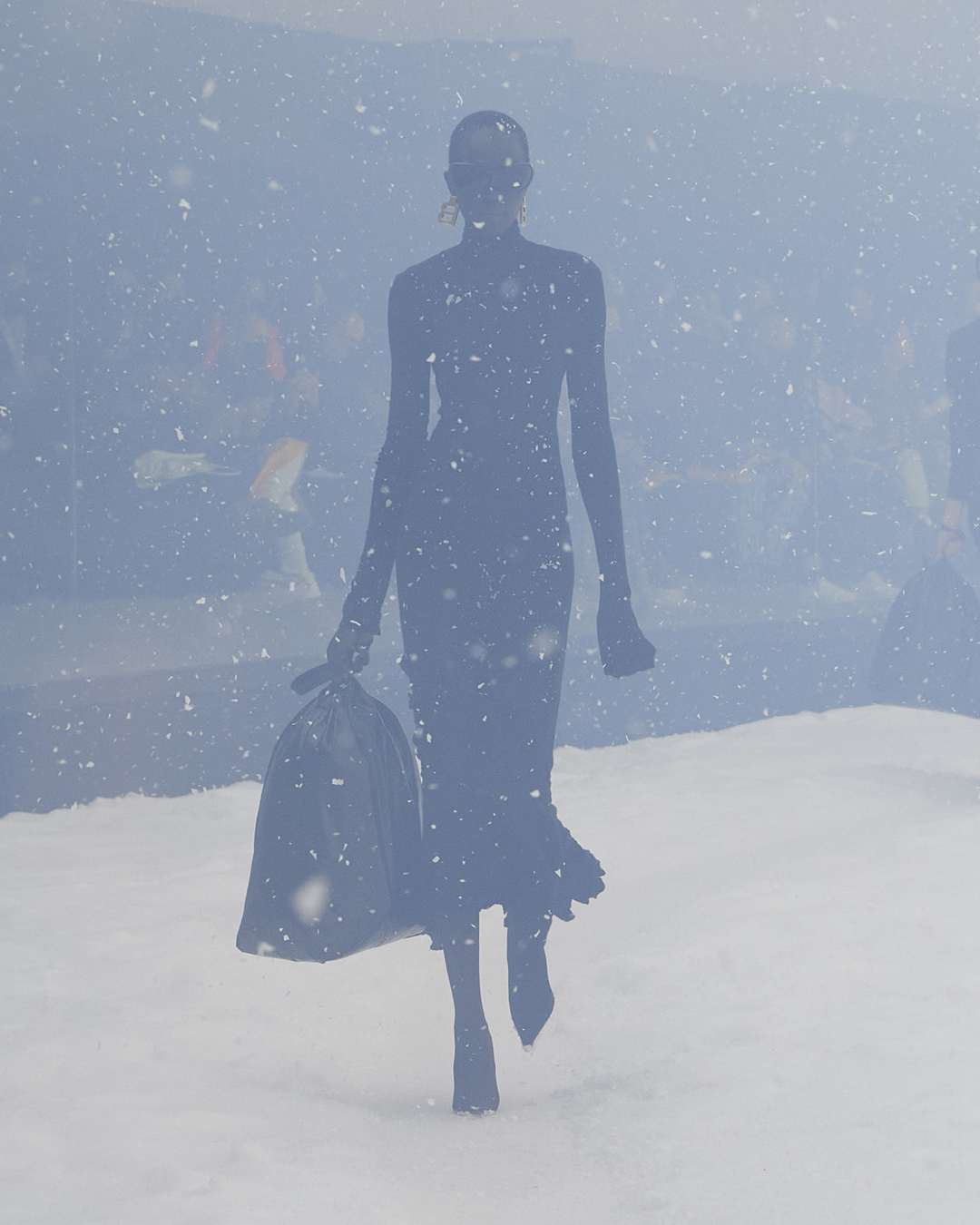 There is an ethical question to high-end fashion. When the world feels like it’s ending and when war and climate disasters rid innocent people of their homes, how can an industry that relies on wealth and contributes to animal cruelty, climate change, consumerism and waste continue to exist?

First, change must start from acknowledging the problem, and Balenciaga has done just that.

March 11, 2022 LGBTQ+ Representation on Television is at an All Time High But it Can't Stop There