Which Countries Now Have Net-Zero Targets After COP26?

Which Countries Now Have Net-Zero Targets After COP26?

Countries set out their plans to cut greenhouse gas emissions and eventually reach net-zero, at the COP26 climate change summit in Glasgow that concluded earlier this month.

By the final day of COP26 on November 12th, the total number of countries pledging to achieve net zero emissions before 2050 reached 135.

Many countries had already set net-zero targets prior to COP26 including the UK, which became the world’s first major economy to set the 2050 target in 2019.

The UK is the 17th largest emitter of emissions.

Many other major nations communicated net-zero targets at COP26, although only 66 of them are set in law or policies.

Net zero refers to the balance between the amount of greenhouse gas produced and the amount removed from the atmosphere.

A country will reach net zero when the amount of greenhouse emissions the nation adds is no more than the amount taken away.

Achieving it means reducing emissions as much as possible, as well as balancing out any that remain.

The idea for setting net-zero targets came in 2018, with the IPCC finding that the world must reach net-zero emissions globally by 2050 in order to limit temperature increase to 1.5 degrees C.

Carbon dioxide (CO2) is the main greenhouse gas that is emitted through human activity such as the burning of fossil fuels, transport emissions and deforestation.

In 2019, CO2 accounted for around 80% of all US greenhouse gas emissions — the nation with the second highest emissions in the world.

High levels of carbon dioxide increase the amount of heat that is trapped in the atmosphere and is one of the causes of climate change.

Different measures can be taken to reduce greenhouse gases, including moving away from the use of fossil fuels and seeking renewable sources of energy to power our transport and homes.

It could also require a reduction in air travel and in the consumption of red meat among individuals.

Not all emissions can be reduced to zero, so those that remain have to be compensated for, with measures such as planting more trees.

What did countries promise at Cop26?

The US revealed its strategy to achieve economy-wide net zero emissions “by no later than 2050” as President Biden told world leaders that “we only have a brief window before us to raise our ambitions” to tackle climate change.

The US president warned that climate disasters are costing trillions of dollars and hoped that a shift to lower-emission energy could create millions of jobs globally.

China declared an aim for “carbon neutrality” by 2060 rather than 2050 and the nation is currently the biggest producer of CO2 in the world.

Russia also pledged net-zero for 2060, and Joe Biden criticised the Russian and Chinese leaders for not attending the COP26 summit.

India — the world’s fourth biggest emitter of CO2 — has promised to cut its emissions to net zero by 2070, twenty years later than the majority of pledges.

However, the majority of the 74 pledges made at the Glasgow climate summit were to reach net-zero emissions by around mid century or earlier.

What has the UK pledged to do?

The UK government has committed to the 2050 net-zero target and has set out specific strategies including:

The Climate Crisis Advisory Group warned that it was too late for net zero targets to be adequate to avoid large-scale global disaster.

Environmental scientists continue to encourage governments to aim for restoration of the climate, as well as cutting greenhouse emissions.

It seems that the time for “wishful thinking” is long gone. 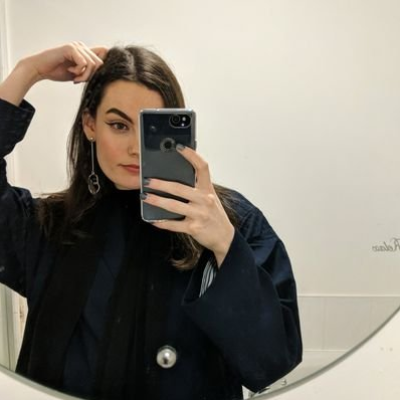 November 26, 2021 Why Climate Summits Like COP26 Still Need to Happen