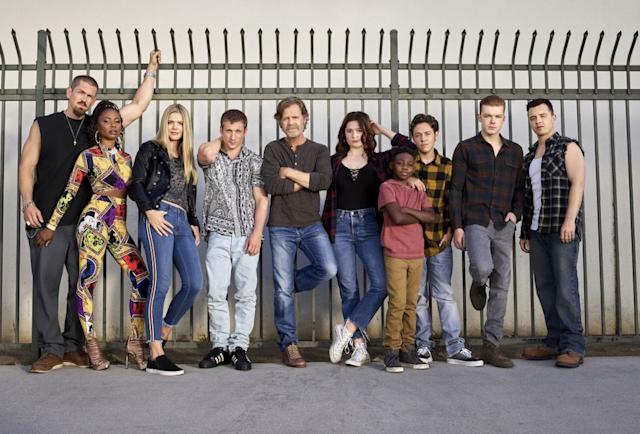 When Netflix first recommended the US rendition of Channel 4’s “Shameless” to me, I was actually quite excited. The show follows a poor but rambunctious family from the Southside of Chicago as they struggle to survive while facing the everyday challenges of growing up. The Gallagher family consists of a drunk Frank, the emotionally absent but physically present patriarch of the family, eldest daughter Fiona, who is the makeshift mother of the rest of the Gallagher children, Lip, Ian, Debbie, Carl and finally, Liam, the baby of the family.

Now, I am a teenager that had an emo phase which included a decent amount of Nightcore songs and Youtube edits that introduced me to Shameless and its characters way before I actually watched the show. For those who skipped that phase, these “edits” were basically just compilations of the most depressing television and movie clips from across the internet, edited together against melancholy music and “Shameless”, was a regular feature on these edits.

I was already relatively familiar with Fiona’s “almost-crying but then firming it” thing, Frank’s dumbass tendencies and the Gallagher family’s overall chaoticness. So, to see that it was on Netflix ready for me to binge was a pretty great discovery.

This intrigue certainly didn’t dull once I had actually started the show. I binged the entire first season in about a week. Every spare second I had, I was watching Shameless. On the train, before bed, during my commute, literally any time I could. 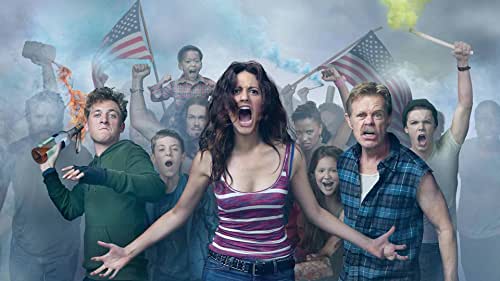 The acting is amazing, the storylines are gripping and I lowkey have an emotional commitment to these characters now. However, this article is not a review of Shameless itself but rather the almost comically shameless racism the show is seeping in.

There is no easy way to put this – the show’s racist. From perpetuating damaging stereotypes and having literally every single brown character to come on screen fulfil some kind of negative trope, Shameless pretty much ticks every box for what not to do in television.

The one Black main character, for example, is a nymphomaniac with highly questionable moral values. And I don’t even mean in the debatable sense, I mean exploiting an emotionally and physically abused orphan for money and then using her to do your chores while she lives in your house, kind of questionable.

And before you say that several of the white characters also clearly have issues, the extent to which literally everyone that isn’t white in this show can’t catch a break, seriously shoots that argument dead.

Her brother, a “dummy”, is presented as a raging, intellectually challenged, borderline illiterate criminal when really he’s just Autistic and wants to go to his sister’s wedding. How does “V”, the lovely Black lead in question, deal with this wish? Emotionally manipulates him, drugs him with a horse tranquiliser and handcuffs him to a toilet. Because that’s the most reasonable course of action, obviously.
Now, that’s not to say that V is all bad- she does have her moments and is a frequent Godsend to the Gallaghers, but it’s relatively clear to see that you aren’t exactly meant to like her, at least not more than faultless Fiona, the white lead. 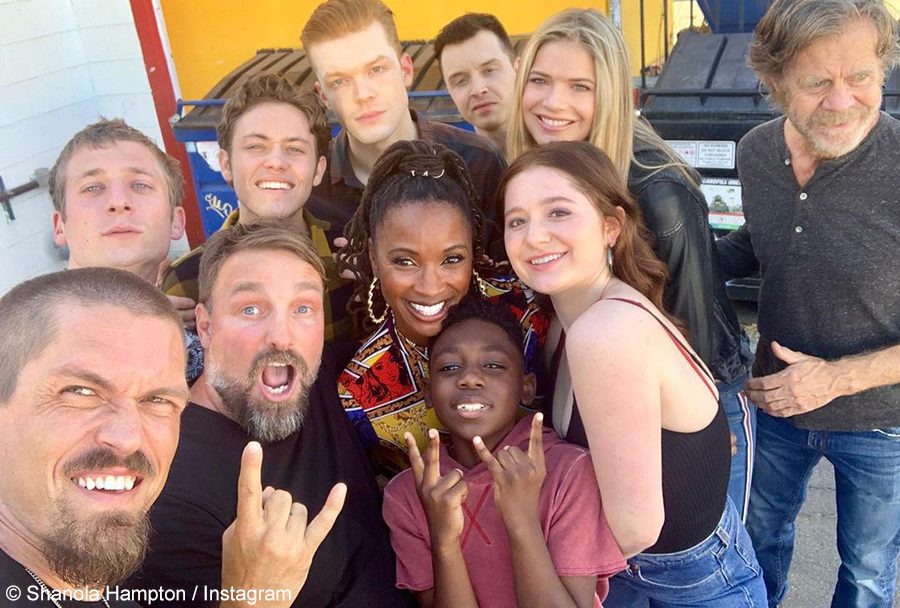 As for Kash, the Asian supporting character, I’m pretty sure no self-respecting human would actually like his character. Kash is the store owner of the town’s local grocery store and just so happens to also be one of the main (underage) characters’ love interests [read: pimp] despite being a married grown-ass man with kids.

While I feel I can’t possibly touch on Kash’s relationship with Ian without mentioning that this show does actually have what might be the beginnings of my favourite LGBTQ+ character arc, it certainly is no credit to Kash, who frequently has to be donated a backbone by his white wife.

The candidness with which Shameless approaches characters Ian and his love interest, Mickey, is wonderfully multi-dimensional and different enough between the two characters that you’re able to truly enjoy and witness two separate, but intertwined storylines. That being said, I must also mention that the one other LGBTQ+ relationship in this show is actually just painful to watch and just so happens to feature, you guessed it, a Black woman. Or, in the show’s words: “a Black lady-man”.

When the show first introduced “Bob” as Frank Gallagher’s ex-wife Monica’s new partener, I actually physically groaned, knowing that the duration of the episode would make me question why I actually willingly identify as human and I must say, Shameless did not disappoint.

Between likening her to African American (male) football player “Rosey Grier”, making her an active antagonist (she tries to steal baby Liam) and just generally presenting her as an incredibly unlikeable character, I probably could have just used Bob alone to explain why I lowkey hate myself for loving this show. Bob’s relationship with Monica came across as incredibly superficial, they had zero chemistry and it was blatantly clear that it was only included to make Monica seem that much more deranged, wandering back into her family’s life with an *angry Black woman* in tow. 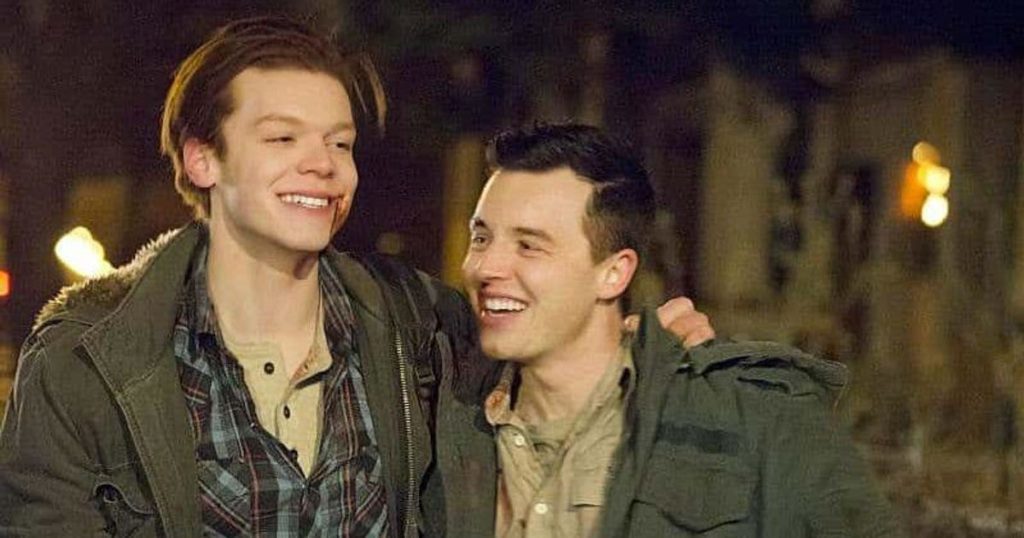 Going back to my original point about Ian and Mickey’s representation, the fact that the show’s producers could do so well with one arc and so go ridiculously wrong with another, is honestly just further evidence that Bob’s existence as a character was to serve one purpose and one purpose only – sort of like this show.

Shameless, to me, is like everything wrong with the world, rolled up into a raging ball of humorous depressiveness. The characters, storylines and abundance of crazy situations leave you feeling like you have to laugh or you will probably just cry. The show does a really great job of dressing up how insane it is with brightly lit sets and an overall light-heartedness that I’ve never really seen from a show of this calibre before.

It’s ability to explore highly adult themes and real-world problems like the realities of poverty and substance abuse, while maintaining a certain level of optimism is something borderline heroic. Shameless somehow manages to remain realistic enough that it is truly representative of so many people and the issues that they face, however, it is highly dramatised and some of the situations the characters find themselves in are almost comical in how absurd they are.

Despite that though, the characters are moving and broad enough that I feel that you can truly appreciate them for who they are, even if you can’t directly relate to the storylines that are explored. It’s for this reason I feel that the series has survived for so long. An entire 9 seasons worth of Shameless satire that dances along the edge of being downright disrespectful can only really be saved by how real it is.

To be totally honest, “Shameless” doesn’t even toe the line, it ran straight past it and left viewers’ to eat the dust. Which is why I will say that even though I can appreciate it as a rather uncomfortable but necessary bit of telly, I would not defend anything similar being produced.

But then again, people are racist. And art should imitate life, right? 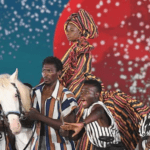 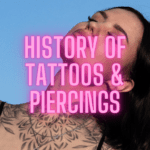 November 16, 2021 Tattoos and Piercings: Their Origins and What They Represent Today